The 12th Man Foundation's mission is funding scholarships, programs and facilities in support of championship athletics.

With close to 400 student-athletes receiving some sort of financial aid, our needs are substantial. Your financial support, whether it be through purchasing season tickets, making an annual donation or committing to a major gift, directly benefits Aggie student-athletes in the classroom and in competition. Your support ensures these young men and women leave Texas A&M prepared for the next step in their lives.

Swipe through to see some of the organization's milestones 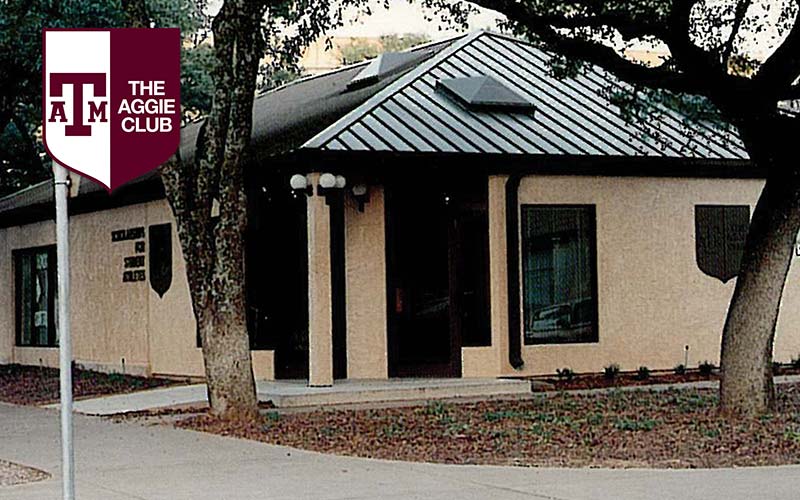 The Aggie Club, a fundraising support group for Texas A&M Athletics, is established and receives $16,182 in annual donations. 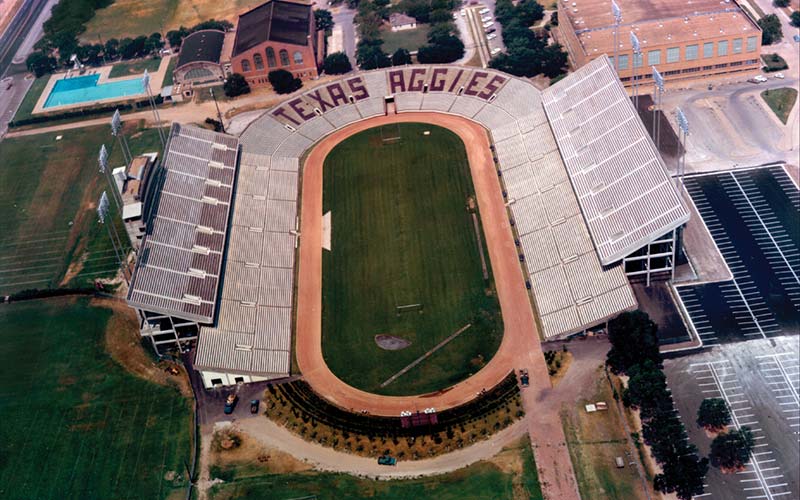 Annual donations to the Aggie Club exceed $100,000 for the first time. 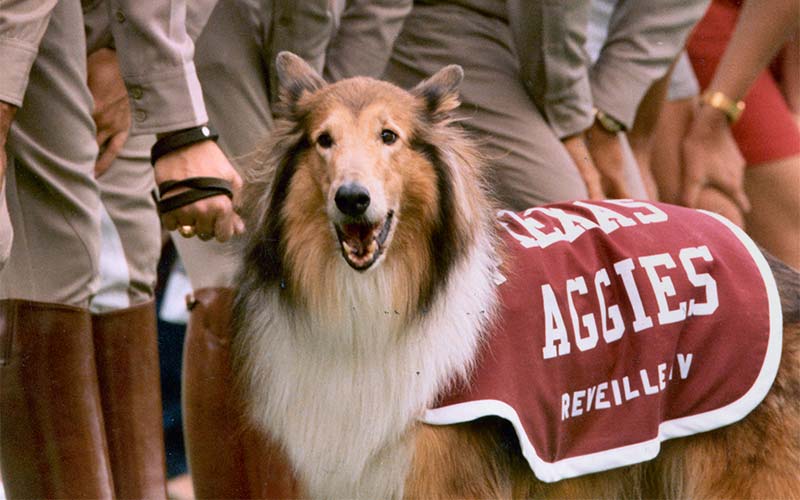 Annual donations to the Aggie Club exceed $1 million for the first time.

The Aggie Club changes its name to the 12th Man Foundation. 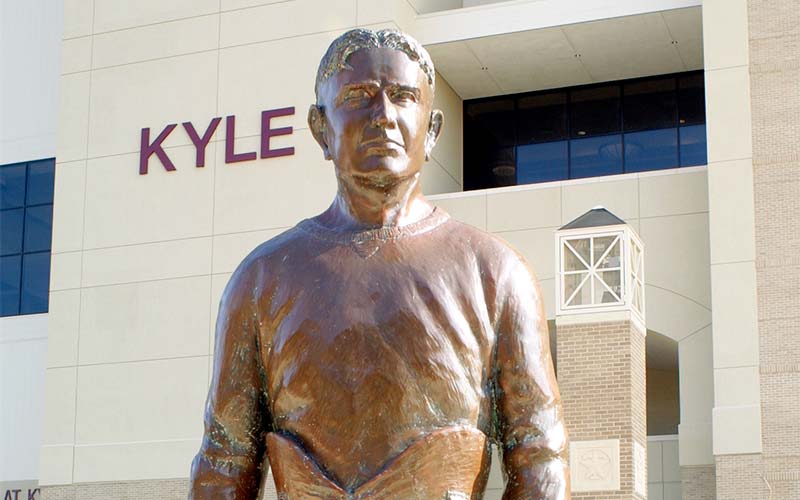 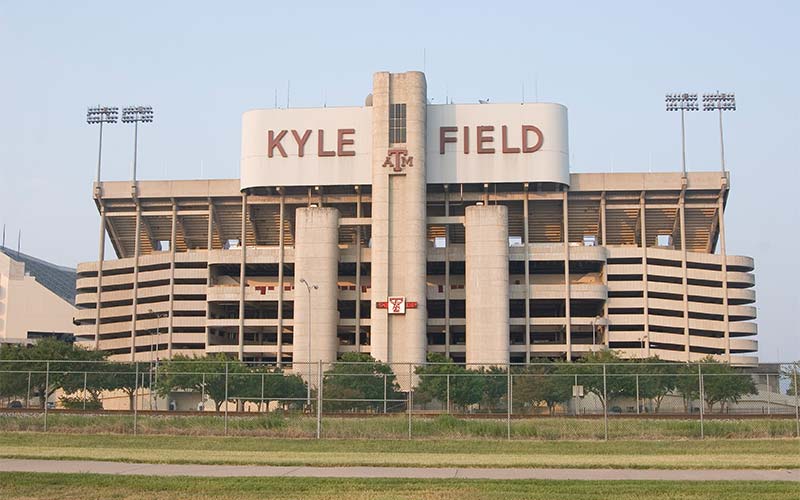 Annual donations to the 12th Man Foundation exceed $5 million for the first time. 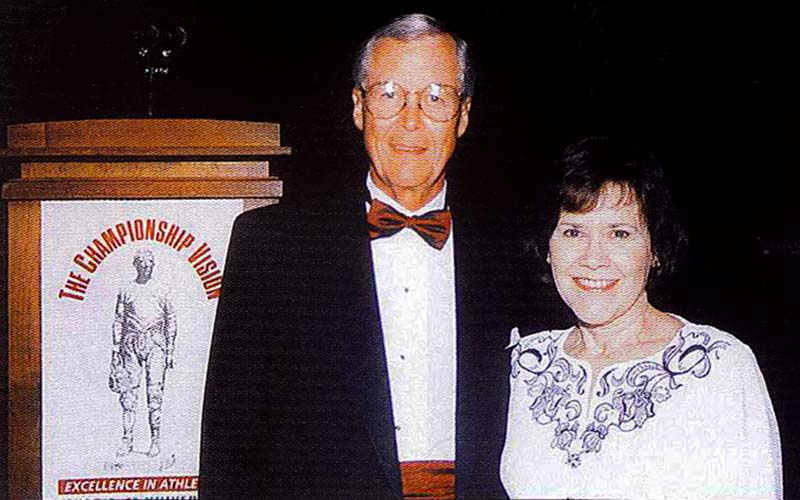 Major Gift fundraising began in earnest for Texas A&M Athletics in the spring of 2000 with the beginning of the Championship Vision Campaign. The decade-long capital campaign resulted in $150 million in comprehensive capital improvements at facilities across campus for both academic support and nearly all athletic teams. 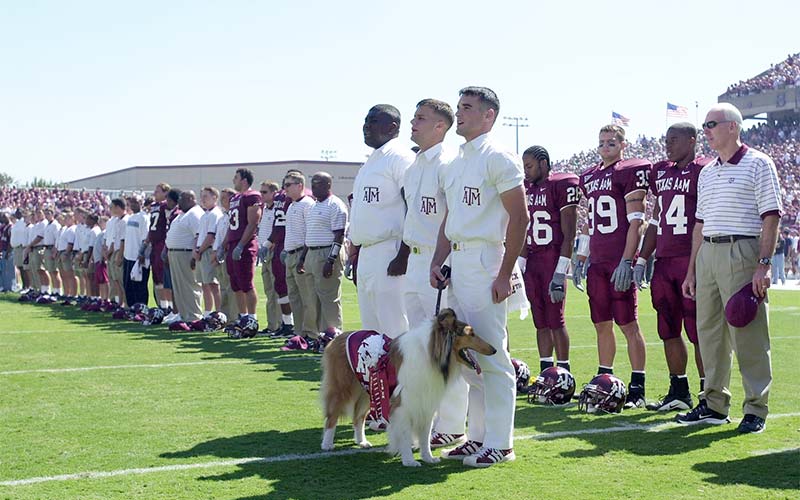 Annual donations to the 12th Man Foundation exceed $10 million for the first time. 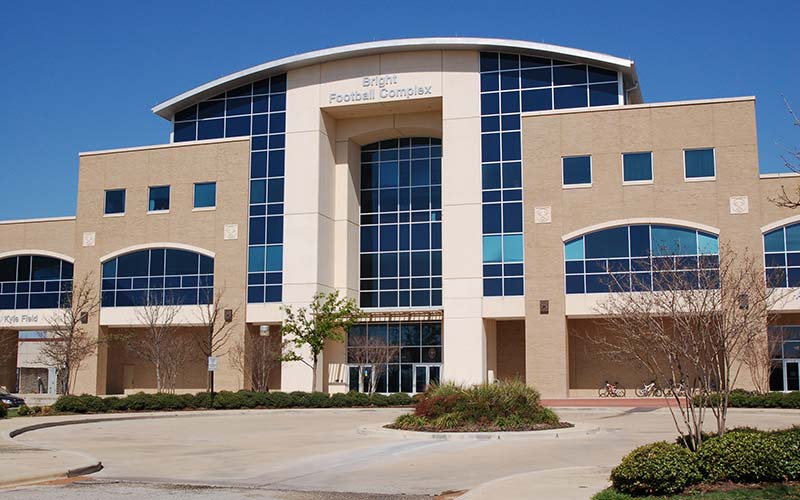 A&M cuts the ribbon for the Bright Football Complex and Nye Academic Center. Built at the south end of Kyle Field at a cost of $27 million, the project included fantastic academic services for student-athletes, as well a sparkling complex to showcase Aggie football. 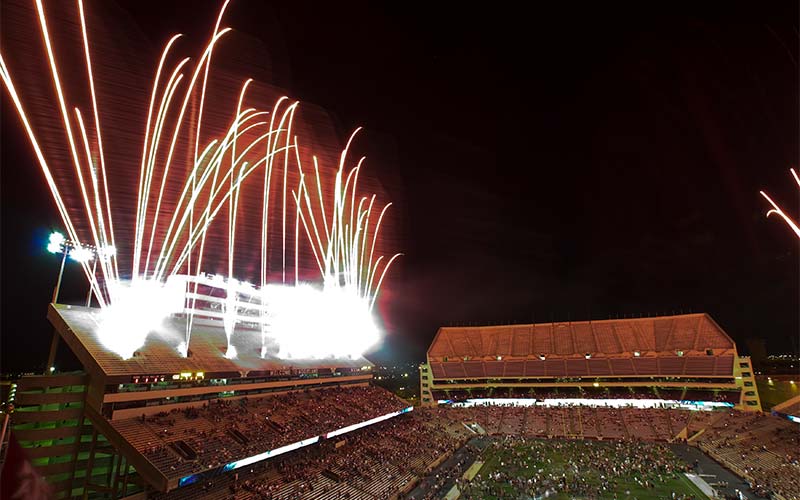 Annual donations to the 12th Man Foundation exceed $20 million for the first time. 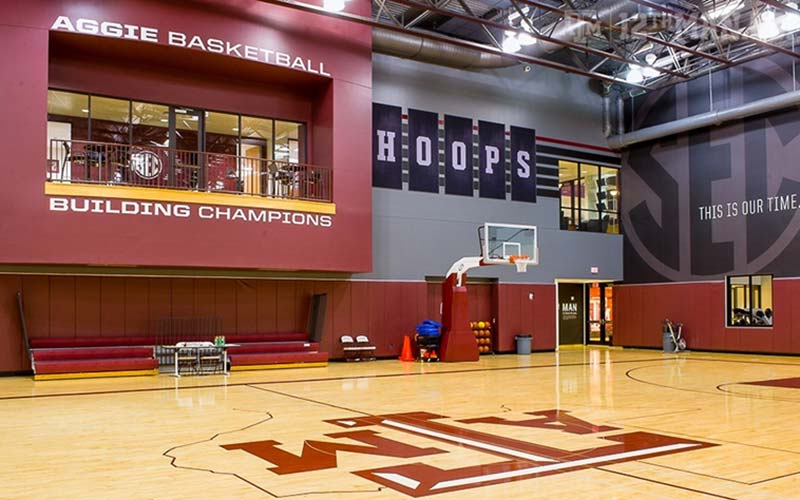 The Cox-McFerrin Center for Aggie Basketball opens. At a price tag of $24 million, the facility showcased 64,000 square feet of practice facilities, office and meeting space, player's lounges, locker rooms and a weight room. 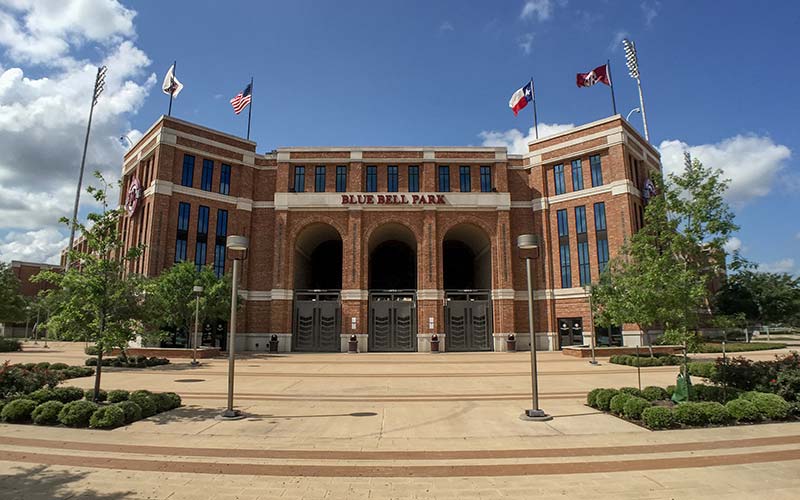 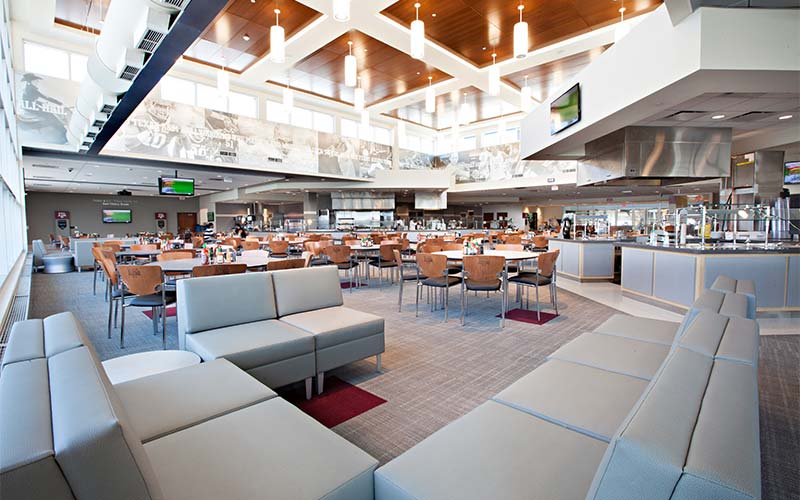 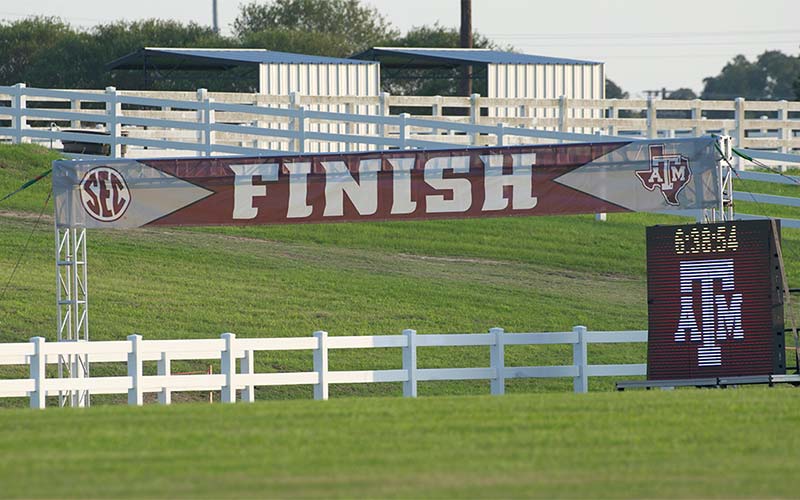 The Dale Watts '71 Cross Country Course opens as the premier cross country course in the state of Texas. 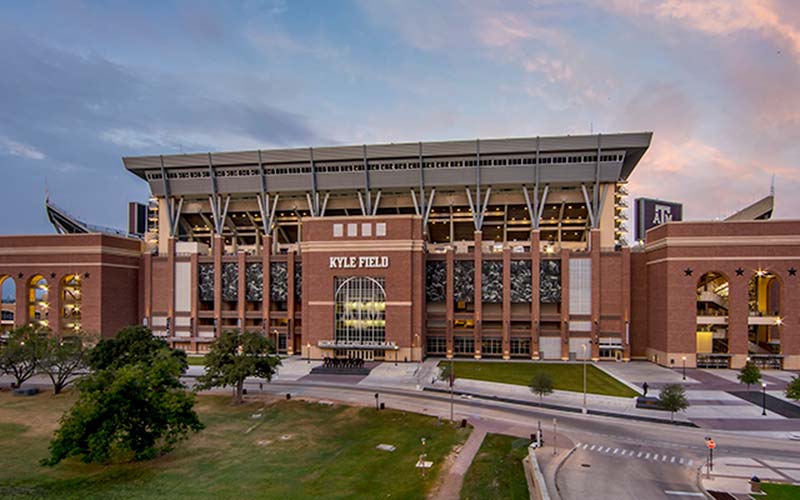 The largest stadium renovation in American history is completed when Texas A&M opens redeveloped Kyle Field on September 12. The comprehensive two-year project was made possible by $220 million in private donations, and the final price tag totaled $485 million. The project increased Kyle Field's capacity to 102,733, making it the largest stadium in the SEC. 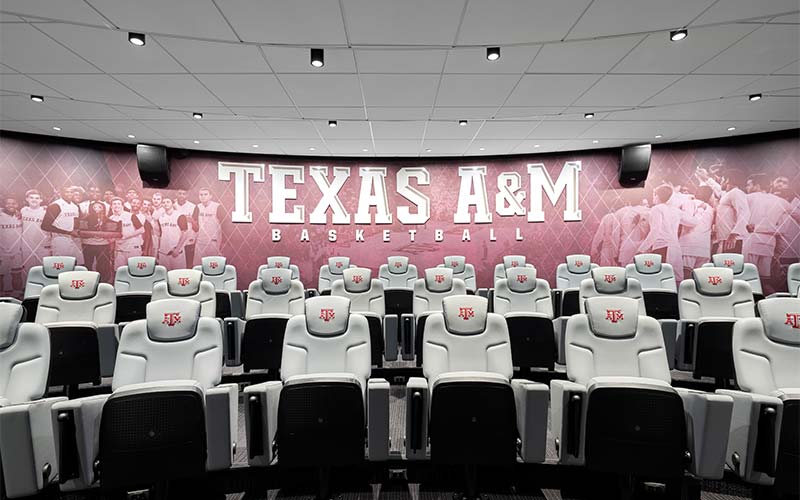 Led by Shannon '86 and Wayne '85 Roberts, donors fund a redevelopment of the Aggie men's basketball locker room and team area. 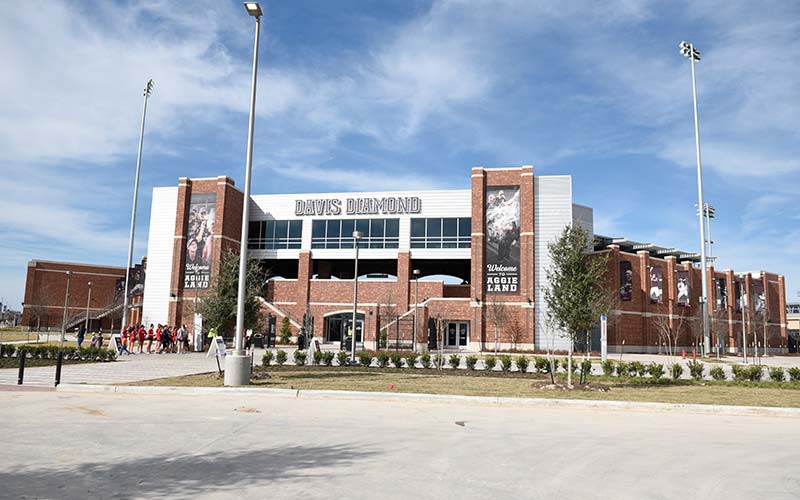 The new home of Texas A&M softball, Davis Diamond, opened on April 27, 2018. With a total cost of $28.6 million, the beautiful new facility gives the Aggies the sport's elite stadium in all of collegiate athletics. 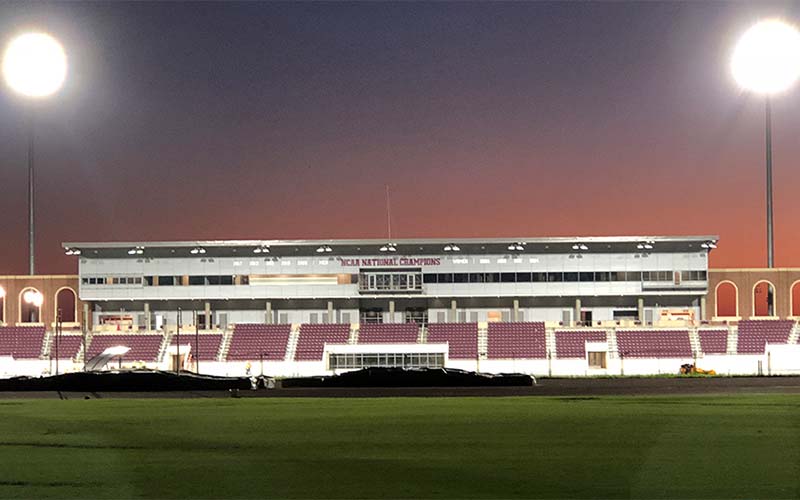 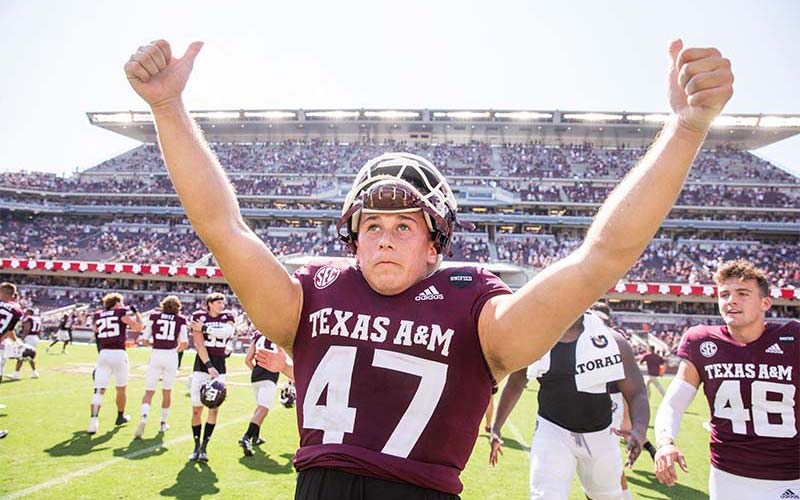 In response to the loss of revenue caused by the COVID-19 pandemic and the resulting capacity restrictions at Kyle Field, nearly 3,500 season ticket holders and donors step forward to donate a combined $11.6 million to support Texas A&M Athletics during its time of need. 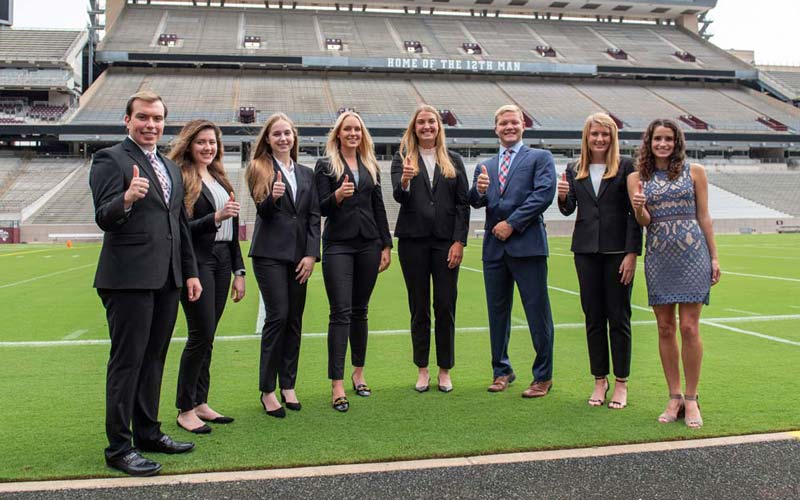 Collegiate Council In the fall of 2020

The 12th Man Foundation launches the first Collegiate Council; a hand-picked group of ambitious current students and student-athletes dedicated to enhancing the organization’s footprint through ambassadorship and engagement across campus. 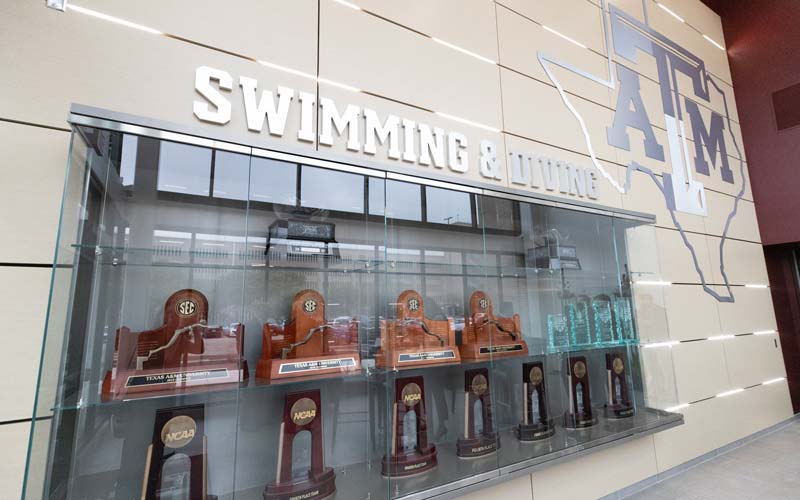 The Anne & Henry B. “Hank” Paup ’70 Pavilion officially opens as an expansion of the A&M Student Recreation Center’s Natatorium and serves as the new home for the Aggie men’s and women’s programs. The $8.2 million facility, which broke ground in 2019 and was constructed during the COVID-19 pandemic, was made possible by $6.2 million in contributions from more than 115 donors. 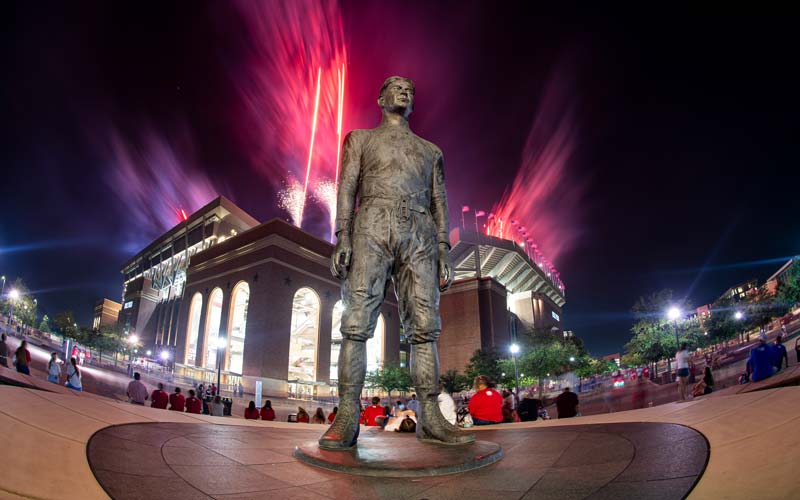 12th Man Foundation commits to securing $120 million in donor contributions toward the Centennial Campaign, representing the largest philanthropic fundraising effort in the organization's history outside of the historic redevelopment of Kyle Field.