Texas A&M Softball legend finds success on and off the field.

When the offers began pouring in for her collegiate softball career, Amanda Scarborough didn't necessarily have a dream school in mind. Texas A&M became her dream come true.

“I didn't take any other visits,” Amanda said. “I knew once I went on my unofficial visit to A&M that it was where I wanted to go.”

Though her options were wide open, the Houston, Texas, native did not entertain the idea of wearing anything other than maroon and white. After falling in love with the campus and coaching staff, she knew exactly who she wanted to play for.

“I remember sitting in Coach (Jo) Evans' office on my unofficial visit,” Amanda said. “She offered me the full scholarship, and I had tears in my eyes thinking that somebody was that invested in me as a student-athlete. It was something that I took a lot of pride in, and at that point it became about something much bigger.”

From that moment forward, Amanda worked tirelessly to earn every victory on the field, in the classroom and in her life as a person. She pitched a no-hitter in the first collegiate game of her career and has been making the Texas A&M softball program proud ever since.

“I always want to make A&M proud because I know that Aggies are everywhere,” she said. “My ultimate goal is to shine a positive and optimistic light on A&M, and for Aggies to be proud of me and know that I'm representing A&M in whatever I do.”

Proud is likely an understatement given the success Amanda achieved during her time in Aggieland. The Texas A&M Athletics Hall of Famer was crowned Big 12 Freshman and Player of the Year in 2005, was named Big 12 Pitcher of the Year in 2007, was a two-time All-American and helped the Aggies reach the Women's College World Series for the first time in 20 years in 2007 with a return trip and national runner-up finish in 2008.

“We were talented, but we were able to play with no expectations,” she said. “A lot of people didn't expect big things out of us, so it was fun to kind of be the underdog and prove everybody wrong while building momentum for the softball program at A&M. It was really special to be a part of because that was right when softball was growing in general. We had a really good team that people wanted to watch, and you felt like you were one with the fans playing out there and achieving things together.”

Amanda was just as fiercely competitive in the classroom as she was on the field, achieving three All-Academic Big 12 First Team selections, was a two-time ESPN The Magazine Academic All-District choice and became the second Aggie softball player to be named Academic All-American.

“I really think that how you are in one thing is how you are in everything,” Amanda said. “As serious as I took being an athlete, I also wanted to be a great student.”

Truly valuing the balance of being a student-athlete, Amanda took advantage of every opportunity Texas A&M had to offer and was extremely gracious for the experience her scholarship allowed.

“Because you feel so comfortable in all aspects of being a student-athlete at A&M, it helps you achieve more,” Amanda explained. “You can be in the moment because they set you up for success in every single aspect, and because of that I was able to grow from every single detail that went into the student-athlete experience at A&M.”

And if anyone understands growth from the student-athlete experience, Amanda is at the top of the list. In 2008, a rare and career-ending injury completely changed her senior season, bringing the stark news that she would never play again. However, she spent little time feeling sorry for what she lost. Instead, Amanda stepped up to the plate in a different way.

“When I was injured, it threw me into a different role for our team and I ended up loving it,” she said. “I loved looking at the game differently being in the dugout and I just kind of found my niche. From the game being taken away from me, I learned to love it even more.” 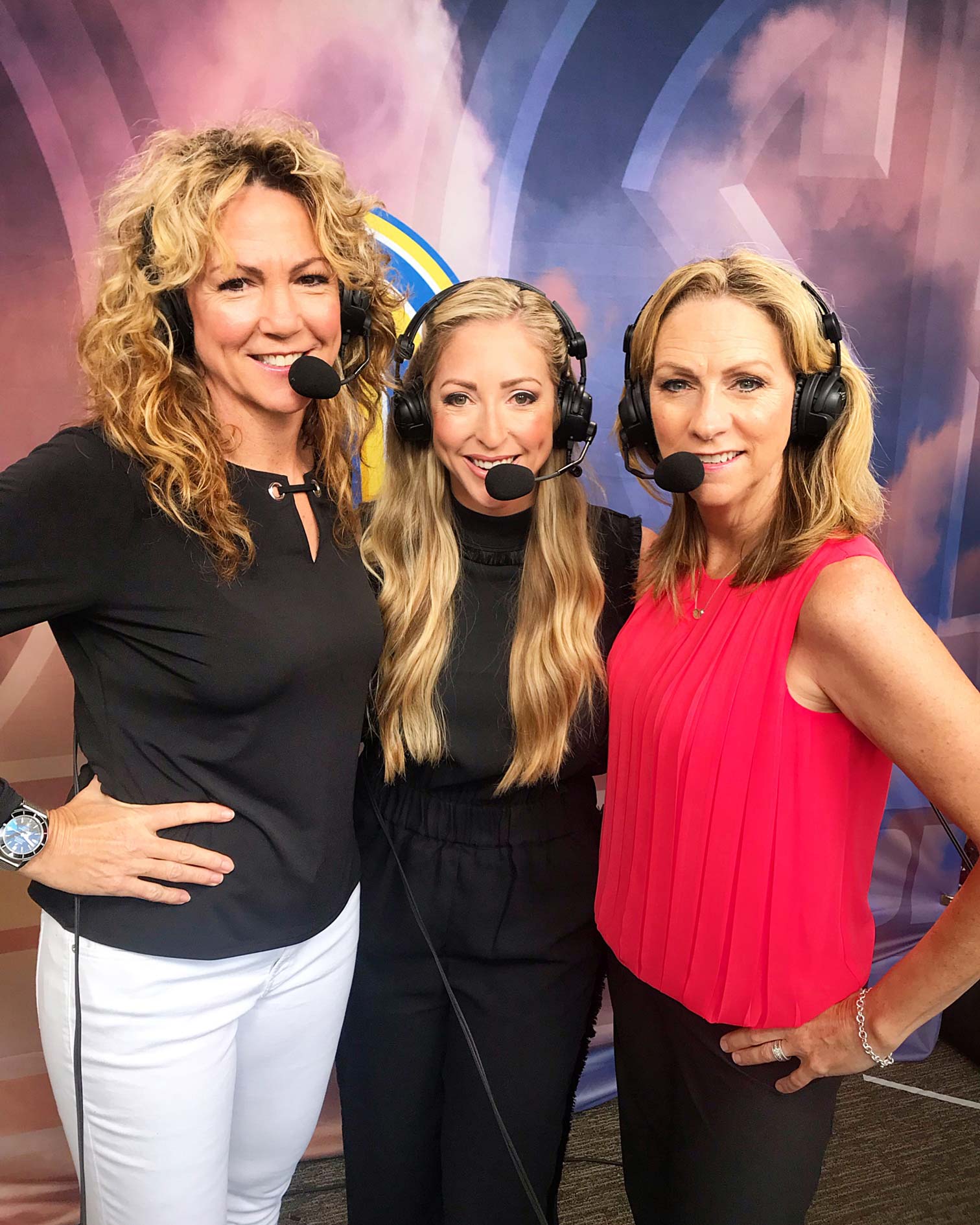 “Because you feel so comfortable in all aspects of being a student-athlete at A&M, it helps you achieve more... You can be in the moment because they set you up for success in every single aspect, and because of that I was able to grow from every single detail that went into the student-athlete experience.” 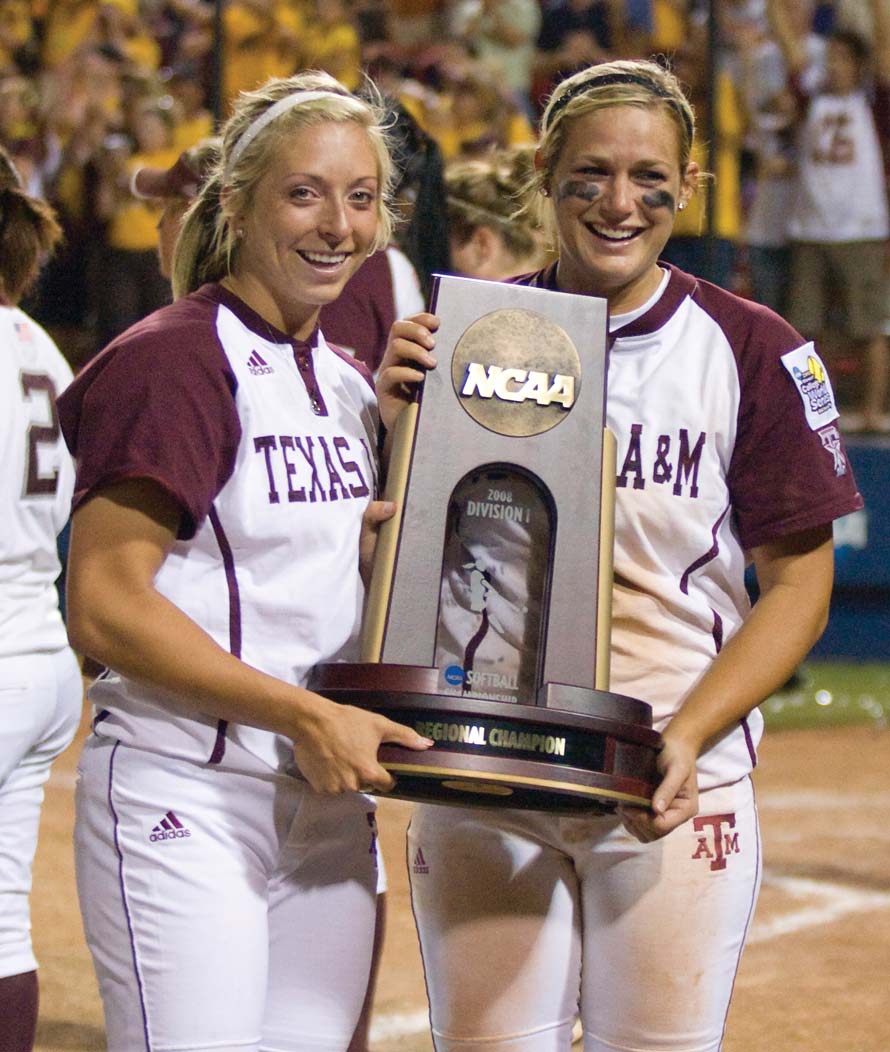 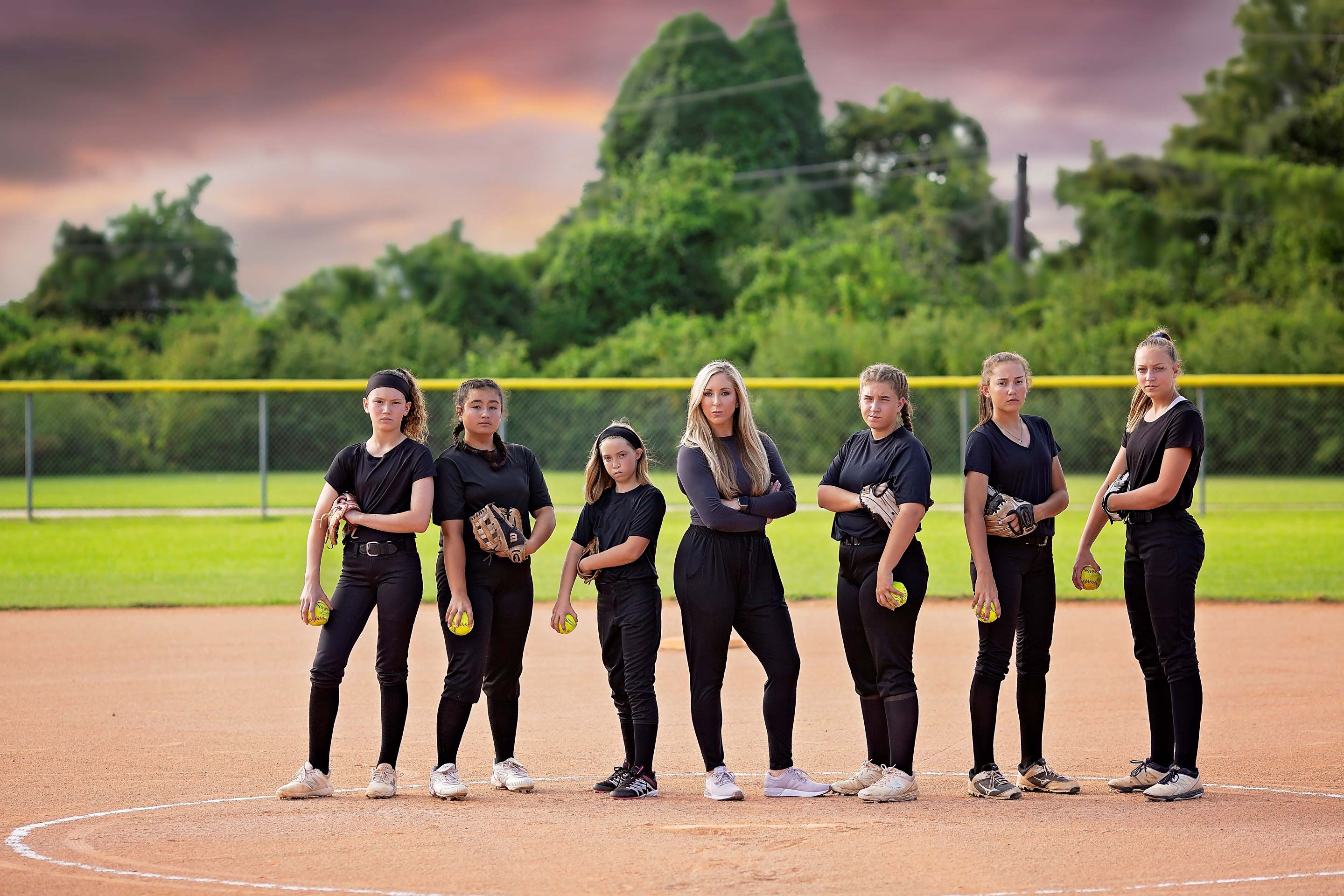 With her newfound perspective, experience and education, Amanda hit the ground running. She continued to assume a coaching role for the softball program while pursuing her master's degree at A&M. When the time came to put Aggieland in the rearview, she was prepared for whatever was to come next.

“I felt like I could go and conquer the world when I left A&M,” Amanda said. “I wasn't worried about no longer being Amanda the softball player. I was ready for what's next. What's my next thing to accomplish?”

Following her incredible career on the mound, Amanda found new ways to succeed around the field by starting her own pitching company, co-founding the number one softball clinic in the world and becoming a softball analyst and commentator for ESPN - all of which she attributes to hard work and the impact of her scholarship to attend Texas A&M. 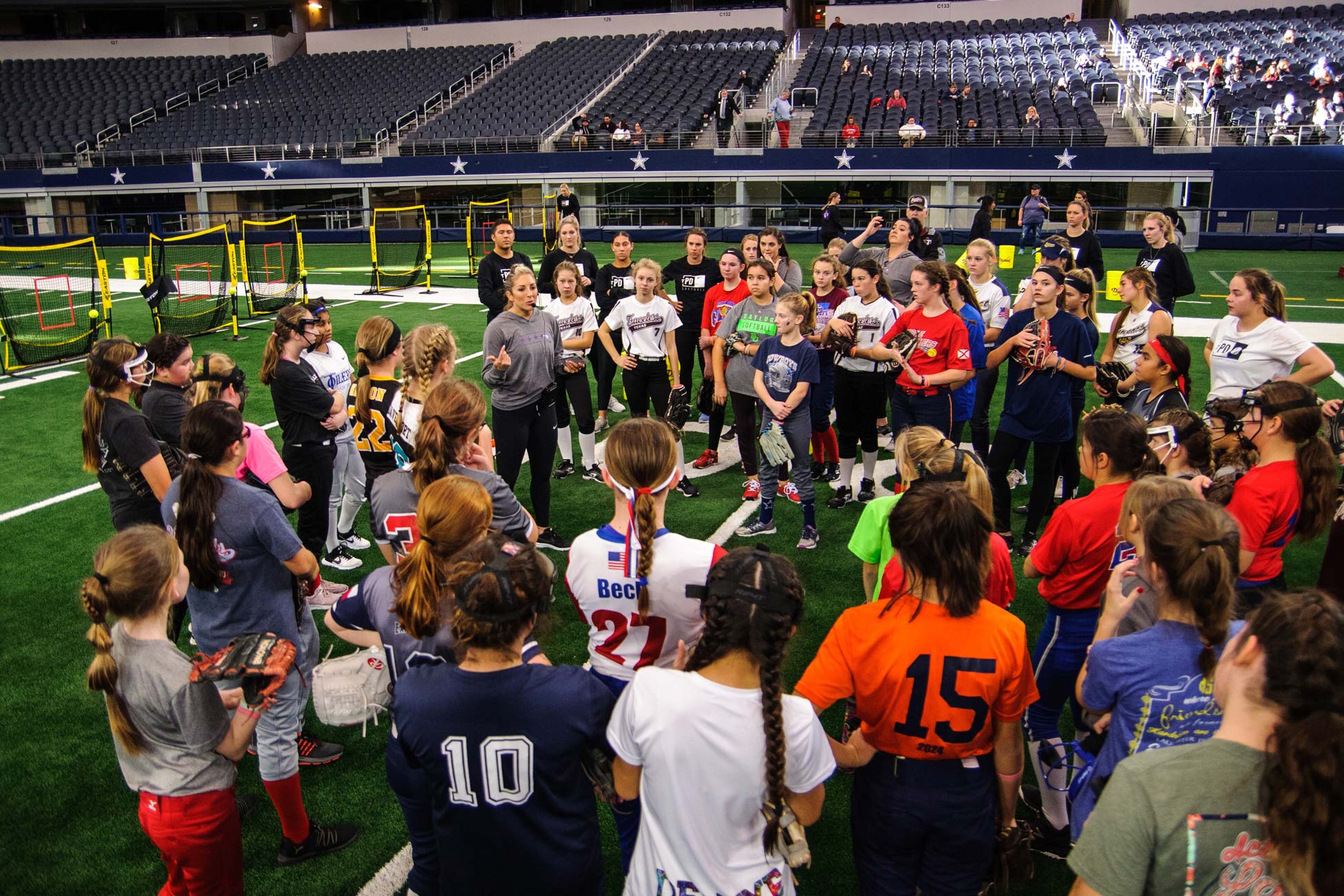 “To not feel like I had to catch up or swim upriver was so influential,” she said. “I was able to go out and feel like I could start my own business, which is super liberating. I started as an entrepreneur in the softball world because of the confidence my scholarship gave me to do that financially.”

Because of that scholarship, Amanda's success has given her the opportunity to instill the same confidence in young softball athletes all over the world while living her dream as she continues achieving great things within and outside the game.

“I learned to never take anything for granted and earn everything that comes your way,” she said. “That's really how it is at A&M. Nothing is given to anybody. All the 12th Man Foundation donors out there worked hard to get where they are, so that's how I approach commentating. That's how I approach coaching. I want to earn every single opportunity that comes my way from hard work and perseverance.”