World-class runner reflects on her journey to Aggieland and beyond

Coming from Euclid, Ohio, the first time Jessica Beard heard “howdy,” it struck her as strange.

“It really was so welcoming when I came on campus, but the first time somebody said, 'Howdy ma'am,' it was certainly an experience,” she recalls of her Aggie story, which sounds similar to so many who did not grow up with maroon pumping through their veins.

Before she became one of the most decorated student-athletes in Texas A&M's history, Jessica was in the same situation as many of her peers, looking for the next step as her high school days were quickly coming to an end. Her talents on the track would open many doors, but finding the right fit was key and after experiencing the chill of Ohio winters growing up, somewhere warm sounded nice.

Jessica zeroed in on several schools, a few located in the Lone Star State. When she looked at Aggieland, she saw a blossoming track and field program under the leadership of Pat Henry, and as she learned more about Texas A&M, it began to feel like a place she could call home.

“It went beyond track for me,” she said. “Even though I wasn't all that familiar with the traditions, education was very important to my family, especially my mom. I looked at so many things because I was going to be so far from home. The A&M community really won me over.”

That welcoming nature as well as the chance to compete on the track at the highest collegiate level while getting her education made “howdy” evolve from something strange to comforting. It was the opportunity provided by an athletic scholarship that paved Jessica's journey to Aggieland.

“So many people have to take student loans and get into debt, but for me coming all the way from Ohio, if it wasn't for my athletic scholarship I don't know that I would have ended up at or been able to afford a school like Texas A&M,” Jessica said. “Getting an athletic scholarship, first and foremost, allowed me to get an education and also do something I love - run and compete at a high level.”

Jessica was certainly a part of a lot of winning during her time in Aggieland as Texas A&M Track & Field emerged as a premier program. 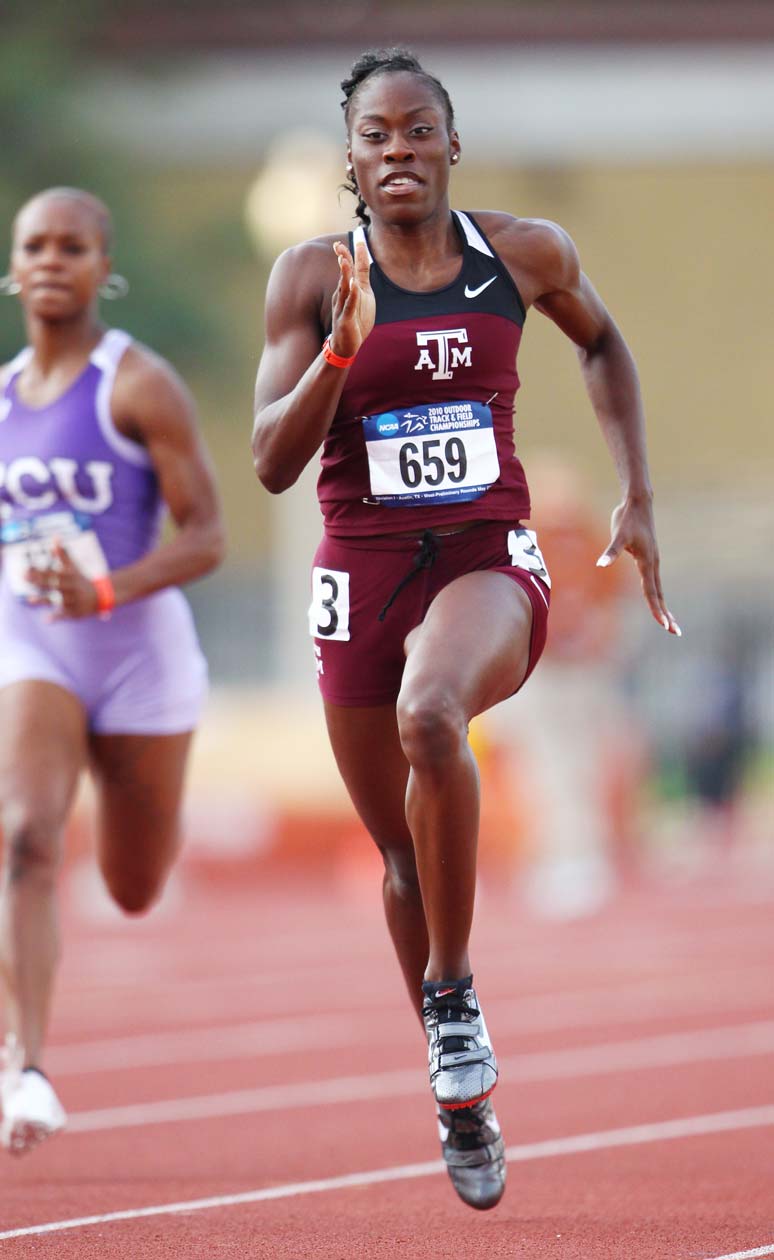 “I don't know if people tell the donors 'thank you' enough, but with their contributions and them being considerate, they helped me get a scholarship which allowed me to go places I never thought I would go. My athletic scholarship afforded me those opportunities.”

Individually, Jessica stood out as one of the most impressive student-athletes to have ever donned the maroon and white. As a senior in 2011, she was selected as the recipient of the prestigious Bowerman Award, the top individual honor in collegiate track and field often considered the sport's Heisman Trophy. Additionally, she was the Big 12 Indoor Athlete of the Year in 2011 and an astounding 16-time All-American who still holds the school record for the 400 meters, both indoor and outdoor, and outdoor 4x200 relay.

In 2017 Jessica joined another elite group as she was a marquee member of a star-studded class, which also included fellow Aggie greats Danielle Adams and Von Miller, inducted into the Texas A&M Athletics Hall of Fame.

Like so many Aggies, Jessic's Texas A&M journey might have begun with Aggieland's iconic greeting, but it evolved into so much more. She made the most of the opportunity that donor support provided by way of an athletic scholarship.

“My scholarship gave me a platform to get a great education, compete at a high level and a platform to showcase my talents allowing me to become a professional athlete,” she said. “For so many athletes that's not the case.

“I don't know if people tell the donors 'thank you' enough, but with their contributions and them being considerate, they helped me get a scholarship which allowed me to go places I never thought I would go. My athletic scholarship afforded me those opportunities.”

Following her college career, Jessica has continued to shine on the track by claiming six medals, five of them gold, at the World Athletics Championships as a member of Team USA. Her next aim professionally was to represent the red, white and blue at the 2020 Summer Olympic games in Tokyo, however, the COVID-19 pandemic intervened leaving those plans, as well as her pursuit of a graduate degree at Texas A&M, in flux.

“I'm currently preparing for the Olympics so I'm back in Florida training, but I'm also in grad school at A&M getting a degree in sports management as well as working in the Coaching Academy. I got a year of grad school under my belt and then took a year off to train for the Olympics, so I don't know how all that is going to work with the games being pushed back a year.”

While it started with “howdy” and an athletic scholarship, Jessica's story is far from written and stands out as one that should make Aggies everywhere proud.