For Texas A&M Athletics, the past year delivered commotion and comebacks, disruption and devotion, challenges and championships.

On March 12, 2020, all was relatively quiet in Aggieland during A&M's spring break while the Aggie men's basketball team was in Nashville, Tenn., preparing to play Missouri in an SEC Tournament game. Then the COVID-19 pandemic postponed the entire sports world. It would be 191 days before any Aggie team played another game.

“There were so many ups and downs,” A&M Athletics Director Ross Bjork said. “I describe it as the old-time fairground ride called the Rotor Ride. You'd spin, and the floor would drop out from below you. It would come back up, and then it would drop back down. That's what you felt like. You were kind of spinning and spinning, and the floor was there one minute, and then it wasn't there.”

COVID-19 became A&M's biggest opponent, its fiercest rival, ending the school's 2020 winter and spring seasons prematurely, threatening to cancel fall sports and endangering the future of Aggie Athletics. It took every ounce of Aggie Spirit for A&M's athletics department to survive off the field and to thrive on it during the pandemic.

More than 50 percent of Texas A&M Athletics' annual operating budget is directly funded by $76 million from donors and ticket buyers for all Aggie sports. Football tickets and contributions are the lifeblood, accounting for approximately $65 million of the athletics department's revenue.

That was the bottom line at stake as spring break extended from one week in March to four months into the summer, with uncertainty over when COVID-19 might allow a return to a new normal. The doubt turned to panic on Aug. 11 when the Big Ten canceled its college football season for fall 2020, and the Pac-12 Conference soon followed. The SEC, along with the Atlantic Coast Conference, announced they would continue to hold out hope of playing in 2020.

“The middle of July to the middle of August was the most tenuous, stressful, uncertain time,” Bjork said. 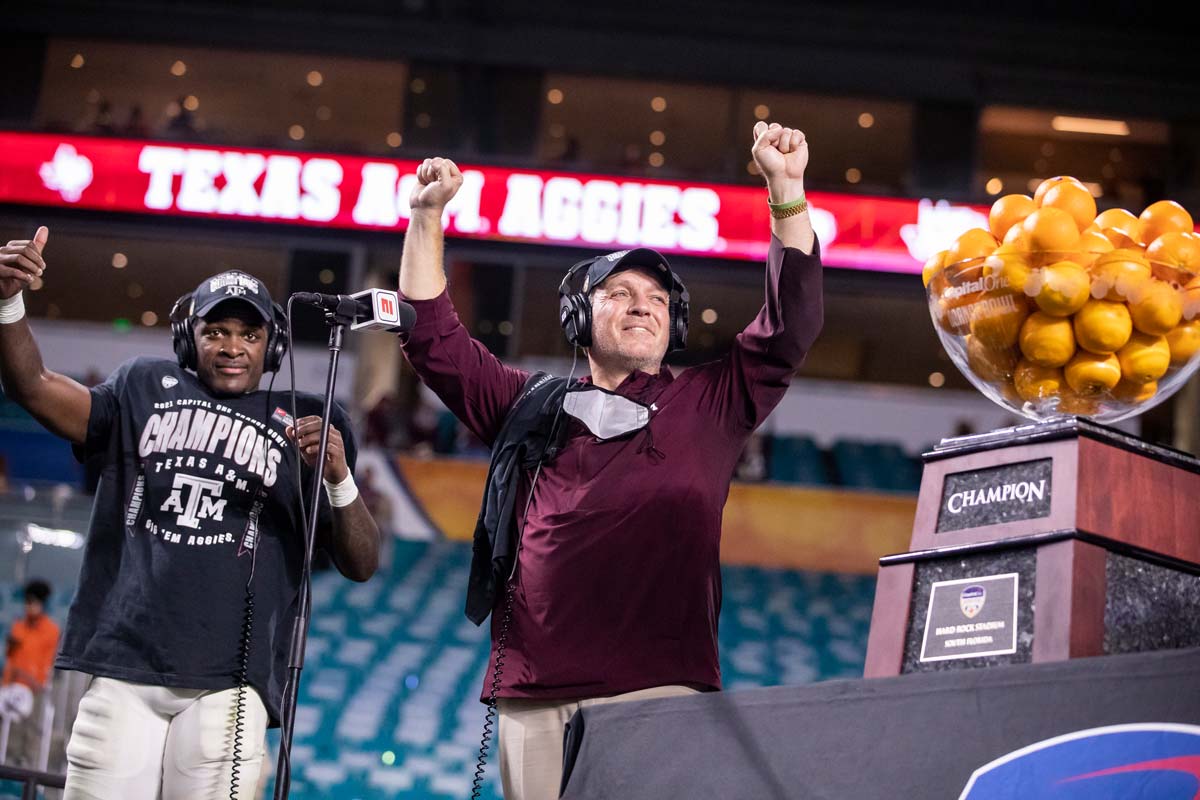 “This is the quintessential Aggie come-together story. It is season ticket holders and donors recognizing the need to support our athletics department and our student-athletes, and it is the athletics department employees and the 12th Man Foundation employees coming together and working in an extremely challenging environment, conveying the challenges of that environment, and meeting that with the donors' generosity to help us get through the year.” 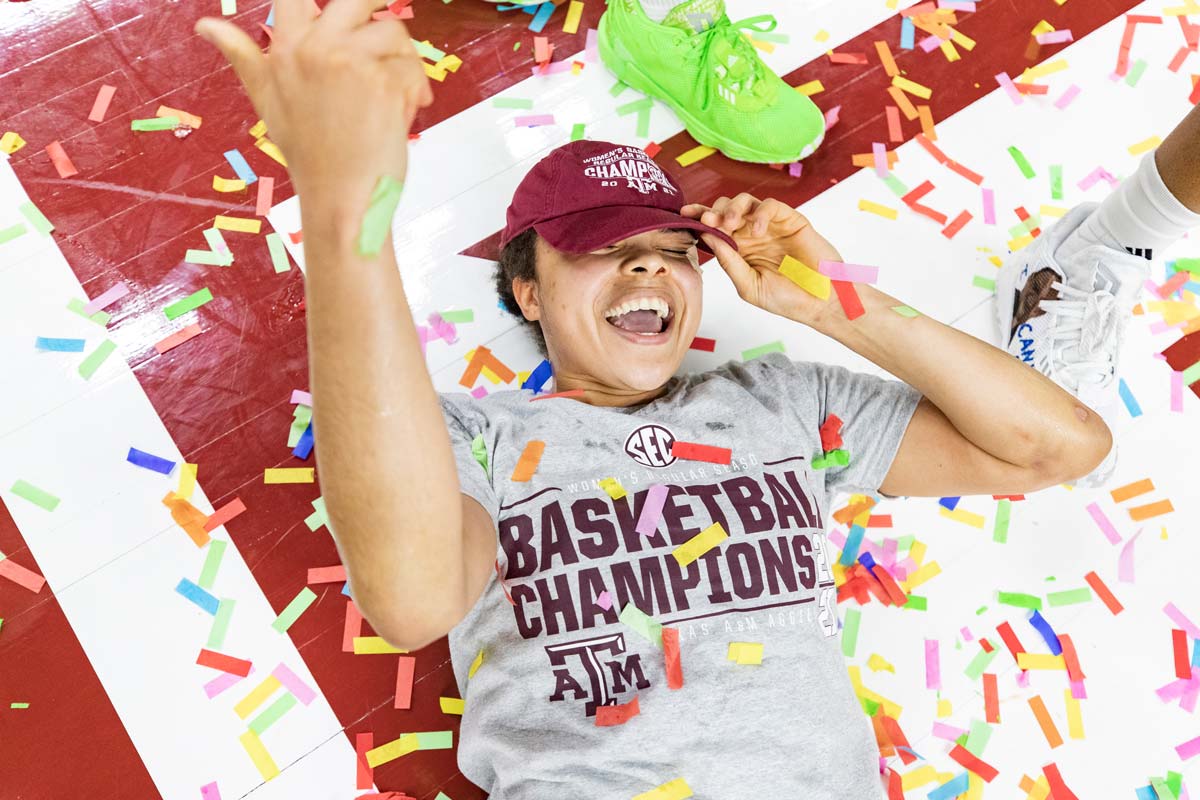 On July 30, the SEC announced it would move to a 10-game, league-only schedule, and three weeks later came news that Kyle Field would host fans but operate at a reduced capacity, with a distanced seating plan. Texas A&M football season ticket holders were given the option to opt in or out of the 2020 season.

Tickets were delivered, health and safety protocols were put in place and Texas A&M successfully hosted an NCAA-leading average 24,876 fans over four games at Kyle Field in 2020. While far less than the 100,000-plus who fill the stadium in a normal year, the 12th Man was still incredibly impactful during a historic football season.

“The people who were there made a difference,” Bjork said. “The 12th Man really stepped up, and opposing teams thought we had 75,000 or 80,000 fans there. We kept saying, 'No, we have 27,500. That's the capacity. No more.' I think it just goes to the spirit. We also know a lot of people missed out, so what I think it leads to is what happens next, and I think it's going to lead to pent-up demand.”

The 55 percent who opted out had three options with their season ticket investment: 1. receive a full refund; 2. credit to 2021 season tickets; or 3. donate the money back to the 12th Man Foundation.

As the A&M football team's trajectory continued to climb throughout a spectacular season, things went from bad to worse financially when the Aggies' five home games were reduced to four because of a coronavirus outbreak at Ole Miss, which postponed and then canceled the scheduled game at Kyle Field. That represented an additional potential loss of $4.2 million.

The 45 percent who retained their season tickets were presented the same options with their remaining season ticket investment following the end of the regular season.

The generosity of season ticket holders saved the season for Texas A&M Athletics and the 12th Man Foundation.

“The second you step on campus as a student, those core values are drilled into you,” Joel Moore said. “The building block at A&M, for me, is selfless service. That is something that we as Aggies carry through the rest of our lives, into the corporate world and our family lives. I think that played a part in Aggies stepping up. This is something we were born and bred to do. It's an honor to be able to give back in a time of need.” 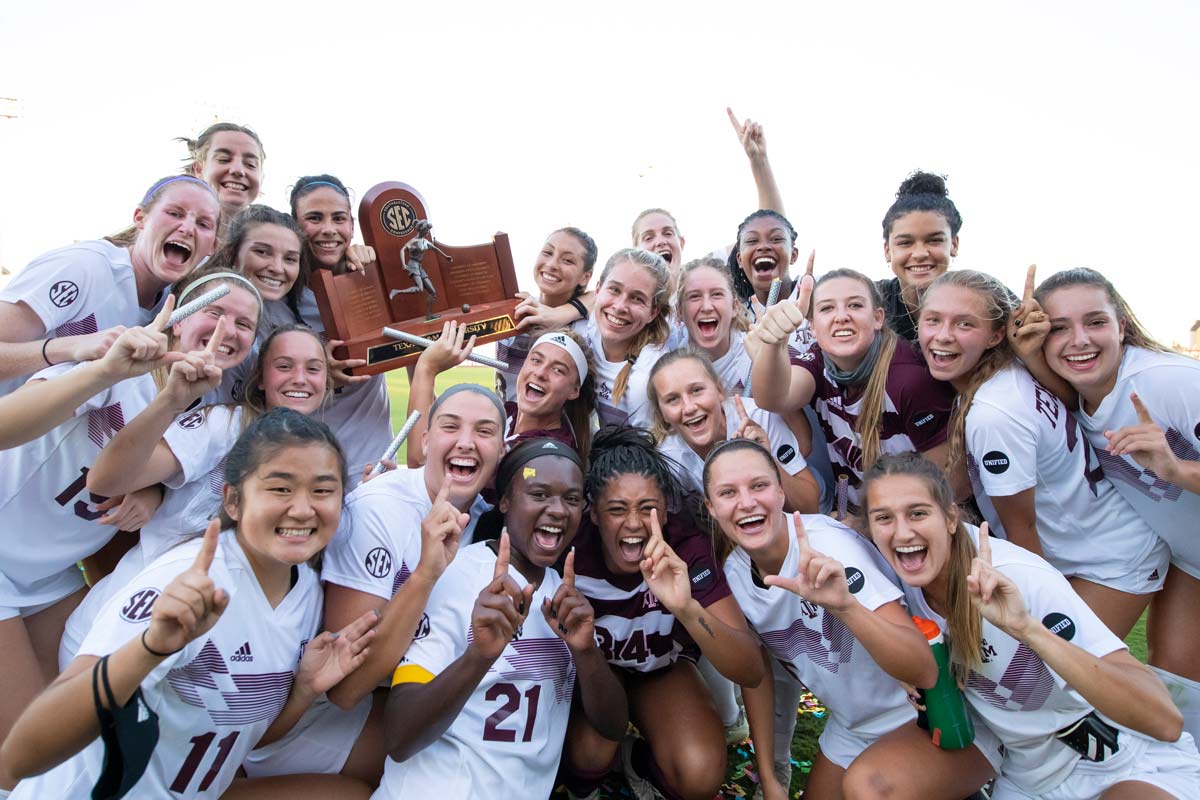 Nearly 3,500 Aggie football season ticket holders converted all or a portion of their investment into a philanthropic donation. Combined, their extraordinary generosity resulted in $11.6 million directly supporting Texas A&M Athletics and Aggie student-athletes.

“You saw other conferences and other schools have to make really tough decisions about cutting programs and having large reductions in staff or furloughs, and we were very fortunate because of the donations,” said Kathleen Curnutt, the 12th Man Foundation's vice president of finance. “It allowed the athletics department to continue to offer the same services to student-athletes that we've always offered. They didn't have to cut back on nutrition. Even though the facilities they normally went to were closed, we were able to provide the student-athletes with nutrition to take home.”

“This is the quintessential Aggie come-together story,” said Travis Dabney, president and CEO of the 12th Man Foundation. “It is season ticket holders and donors recognizing the need to support our athletics department and our student-athletes, and it is the athletics department employees and the 12th Man Foundation employees coming together and working in an extremely challenging environment, conveying the challenges of that environment, and meeting that with the donors' generosity to help us get through the year. There's no question I think Texas A&M has come through this as well as or better than anyone in the country. But that doesn't mean we don't have more bumps coming. This isn't over yet.”

Texas A&M Athletics lost $36.4 million, which is 56 percent of revenue associated with 2020 football. While Texas A&M Athletics emerged from the once-in-a-lifetime crisis like few other schools, long-term financial challenges remain.

“From the cash-flow models we've run here at the 12th Man Foundation, this is a five- to seven-year impact,” Curnutt said. “From our perspective, it's just going to be an ongoing review of our operating budget every year and making sure we're tight where we can be and that we're being good stewards of donor dollars.”

Kyle and Leslie Valentine, both Class of 2000, were among season ticket holders who decided to donate the money they paid for tickets to the canceled Ole Miss game back to the 12th Man Foundation.

“As a business owner myself, I know exactly what they were feeling,” Kyle Valentine said. “For something that I love, and my family loves, and knowing how much Aggie Athletics and the 12th Man Foundation were being impacted, I knew it was important for us to do what we could to help.”

It helped fund over 600 student-athletes across 20 sports in a trying year.

It helped the Aggies finish fourth in the final Associated Press football poll after an Orange Bowl victory and 9-1 record, the highest ranking for A&M since 1939.

It helped the Aggies win SEC championships in soccer and women's basketball.

The rest - and Aggies hope the best - is yet to come.