Alissa Bell keeps five Texas A&M blankets in her Houston home. She also has a photo of herself competing in the long jump for the Aggies hanging on the wall.

“That uniform is so ugly,” her daughter, Amber Ivy, said. “I couldn't wear that.”

But Ivy does wear the current Aggie uniform.

She is a member of the A&M track and field team, as her mother was from 1987-90. Ivy is a senior and was scheduled to finish her career this spring but plans to use her extra year of eligibility to return in 2021.

Bell never pushed Ivy to follow her to A&M, just as she never encouraged her to participate in track and field. Ivy played volleyball and basketball and was in the band. She danced and took gymnastics.

“I didn't really want to run track,” Ivy said. “I'm not really an outside person. Track was actually the last sport my mom got me into because she didn't want me to get burned out. A lot of people start their kids running track at age 6 or 7. I started training when I was in middle school.”

Bell knew her daughter was special when she saw her run as an 8-year-old. Ivy was small for her age...and fast. Very fast.

She could outrun the boys.

But Bell worried about burning out her daughter, which is why Ivy tried so many other sports before entering an organized track program.

“Finally, I said, 'Let's go ahead and try this track thing,'” Bell recalled. “She said, 'OK.' She started at 10 years old, and she hasn't stopped running since.”

Bell's career ended when she graduated from A&M in 1990, but it brought her a life of gratitude. She earned a BBA in Business Analysis and used it for a 30-year career as an IT consultant. 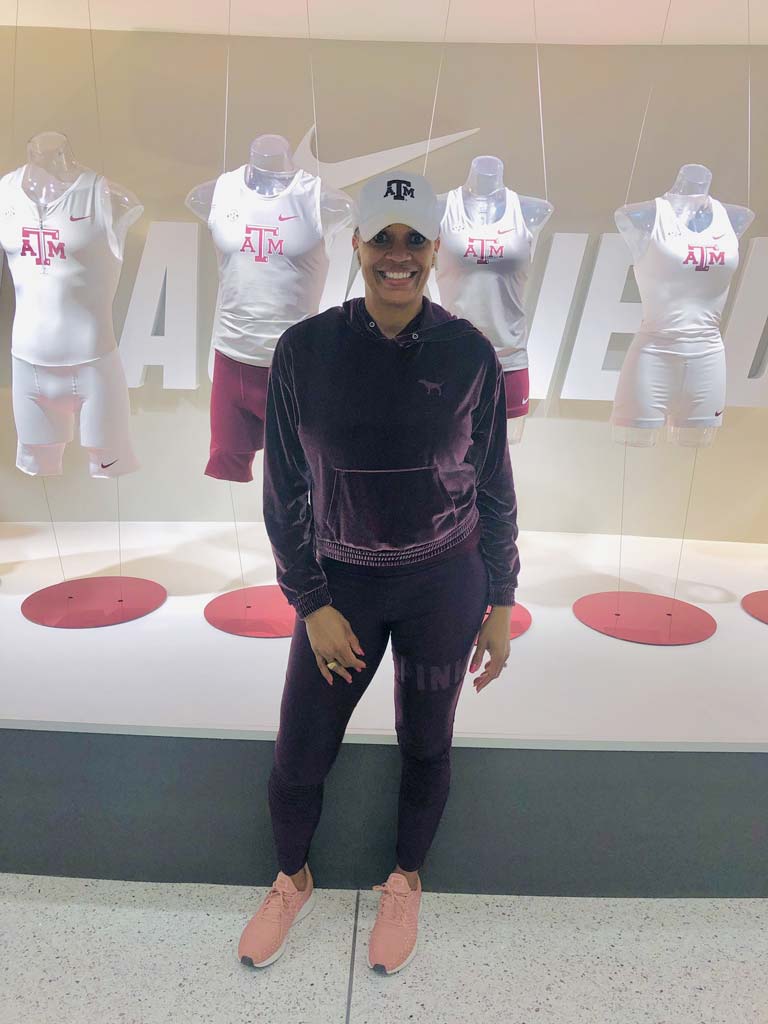 “I was the first in my family to earn a college degree and eventually an MBA in business. I now realize that I can go anywhere and work for any company and be successful. I definitely attribute that confidence to the foundation that I gained while at A&M.”

Bell ran at Aldine High School, where she ranked among the top three jumpers in the state. She was headed to the University of Texas before rival Carlette Guidry committed to the Longhorns.

Bell switched to the Aggies, a decision she said turned out to be one of the best of her life.

“I've overcome so many challenges,” Bell said. “Being at Texas A&M 30 years ago in business classes, where there are 250 students and you're one of the only African-Americans made me realize that I could compete on an unprecedented academic level as well as athletic level. I was the first in my family to earn a college degree and eventually an MBA in business. I now realize that I can go anywhere and work for any company and be successful. I definitely attribute that confidence to the foundation that I gained while at A&M.”

Bell ended her career setting the school record in the long jump, which still ranks fourth in program history on the outdoor list. Bell also ranks 11th on the all-time indoor list and ninth on the school's top-12 performer indoor list in the 60-meter dash.

Ivy has not yet qualified on the outdoor list in an individual event, but was on the sprint medley relay team that ranked fourth. 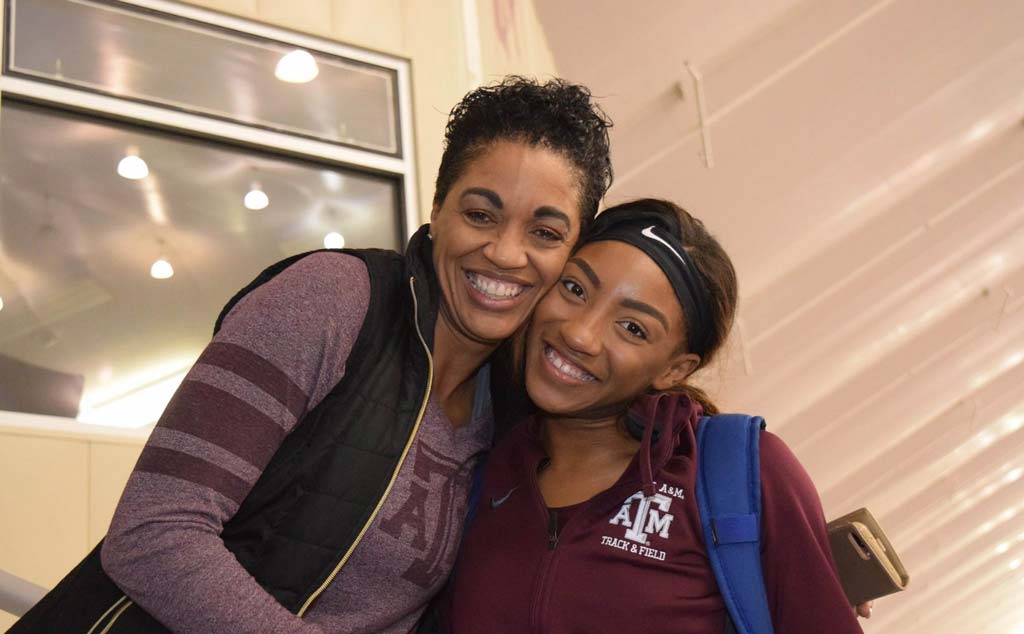 “It is nice seeing both our names up there,” Ivy said. “I still have some work to do on the outdoor list. But I think it's just a beautiful thing for a mother-daughter to have this legacy.

“We both have these records. We have Aggie Rings, and we both will have graduated from Texas A&M.”

Ivy, a 2016 graduate of Cypress Creek High School, ran career-bests in the 200 and 400 in her high school career. She placed fifth in the 200, seventh in the 100 and ninth in the 400 at the USATF National Junior Olympics.

Bell, a single mother, never steered Ivy toward A&M. Ivy chose it on her own, selecting the Aggies over Arkansas.

“A&M really made a huge impact on her life,” Ivy said, “but she never pressed A&M that much. She told me, 'Wherever you want to go, Amber, you can go.' Whenever I took my visit to A&M, I immediately fell in love with the staff, the facilities and the whole school. I mean, I absolutely fell in love with it. I saw why mom chose A&M with its traditions. It's just such a nice school.

“A lot of people think she influenced me, but it really wasn't her. She does have a lot of A&M stuff around the house, but who wouldn't?”

Ivy, 22, will get her Communications degree in December with hopes of going into social media marketing or digital marketing.

She will follow in her mother's cleat marks yet again in the business world while, at the same time, blaze her own trail.

“My mom knew all the things Texas A&M could offer me,” Ivy said. “It definitely has me prepared for the real world.”