As many Aggies do, Rick Moncrief '81 has a true passion for Texas A&M and the values that the school represents.

“Aggies are just different,” he said. “Genuine is the best word to describe them.”

A true reflection of the selfless service expected of an Aggie, “genuine” is certainly a fitting word to describe the Moncrief family as well.

From their contributions to student-athlete scholarships and their impact on facility projects, the Moncriefs have been and continue to be incredibly generous donors to the 12th Man Foundation.

The first in his family to go to college, Rick admits being strongly indifferent about what school he wanted to attend.

A close friend, David Beaird '81, was the one who introduced Rick to A&M. David and his father, Harold '52, an A&M geologist, took Rick to a couple of Aggie football games where he was first exposed to A&M, the 12th Man and the atmosphere of Kyle Field. When the time came to choose a university, it was no surprise that Rick eagerly headed to Aggieland.

“While my parents were the ones behind my desire to go to college, the Beairds directed me toward A&M and the energy industry,” Rick said. “I had a scholarship offer to SMU, but I turned it down to go to Texas A&M. I wanted to make the most of my education, and with my desire to be an engineer, it was a 'no-brainer' for me to attend A&M. As for going the (petroleum engineering) route, I have Mr. Beaird to thank for that as I had no family ties to the oil and gas industry.”

From his top-tier education in petroleum engineering to the benefits of being an Aggie, Rick humbly gives credit to A&M for allowing him to reach the level of success he has attained thus far. Rick is a founding partner in Caiman Energy and resides in Dallas alongside his “die-hard Aggie family,” including his daughter and son, their Aggie spouses, five grandkids and his high school sweetheart and wife, Carla.

“We're a family of Aggies,” Rick said. “All of my family loves the school and what it represents. We also love football. For me, football was what first got me interested in A&M and attending the games is one of the ways we immerse our grandkids into the spirit of Aggieland. Kyle Field and Aggie football are like the front door to Aggieland.”

The Moncriefs eagerly answered when the opportunity to donate to the Kyle Field redevelopment project came knocking in 2013. With their generous capital contribution to the largest stadium redevelopment project in college football history came a membership in Champions Council, which is reserved for the 12th Man Foundation's most devoted and financially committed supporters.

“Part of giving back was that I had come to a time in my life where I could focus on things outside of raising my kids,” Rick said. “I wanted my grandkids to experience A&M in person - the 12th Man, the Fightin' Texas Aggie Band, Kyle Field and Aggie football.”

In addition to helping fund Kyle Field, the Moncriefs also contributed to a philanthropic endowment through the 1922 Fund, where they were paired with Aggie football student-athlete, Colton Prater '20.

“Brady (Bullard) set up a meeting with Colton and my grandson who was just 6 years old at the time, and who is also named Colton,” Rick said. “That just meant the world to our grandson. Colton gave him some gloves and his 12th Man towel from the game. Our Colton was awestruck. That interaction and the impact the student-athletes have outside of football on kids is great.”

Being able to build these relationships and witness the impact of their contributions makes being a 12th Man Foundation donor especially meaningful to the Moncriefs.

“We're rooting for Colton (Prater) to be a success,” Rick said. “He is a fine young man. Part of what really drives us is, at the end of the day, we want to be able to say we helped somebody make more of their life than what they might have been able to otherwise. That's what matters.”

Experiences such as this are what truly changed Rick's perspective on donating to Texas A&M Athletics. As the Moncriefs have watched student-athletes benefit from the facilities and scholarships they have made possible, their motivation to continue supporting is as strong as ever.

“As a Champions Council member, you feel like you're on the inside circle and it's good to be around such passionate people,” Rick said. “I see the school being very appreciative of people like myself who are giving back, but we don't donate for the recognition. We donate to help the school continue to be what we think is the best institution in the nation and to help the athletics department hold the banner up high and have the highest standards for Texas A&M.”

Despite their five-year term on Champions Council coming to a close in 2018, the Moncriefs are far from finished. The experience and opportunity they have received from this membership has left an impact strong enough to inspire additional giving to renew for another term. “We have enjoyed everything we've done since the start, and I appreciate what the donations allow me access to,” Rick said. “We enjoy the privileges associated with being a Champions Council member, and I see no reason to stop. Giving was never meant to be a one-time deal for us.”

In reflection of the decision to become and continue as a Champions Council member, Rick says you won't regret it.

“I can never tell anyone what they should do, but I can say that it's meant a tremendous amount to me and my family,” he said. “I believe that our association with this University will allow my family to reap benefits for the rest of their lives.” 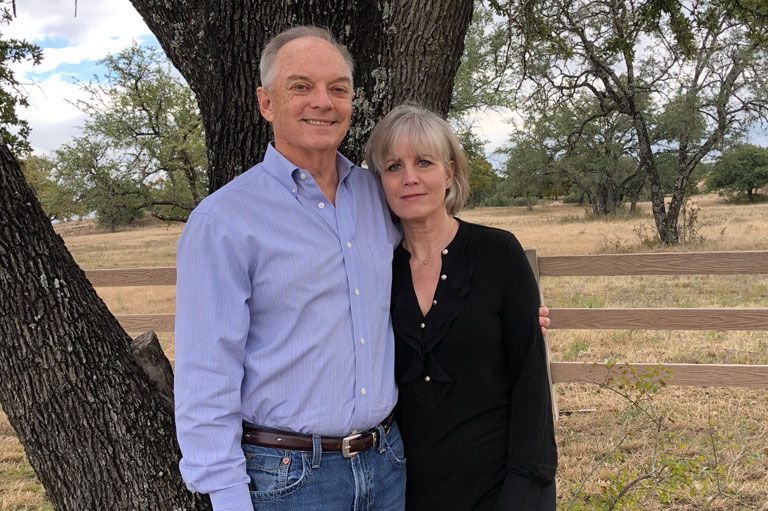 “We have enjoyed everything we've done since the start, and I appreciate what the donations allow me access to. We enjoy the privileges associated with being a Champions Council member, and I see no reason to stop. Giving was never meant to be a one-time deal for us.”


“Part of what really drives us is, at the end of the day, we want to be able to say we helped somebody make more of their life than what they might have been able to otherwise. That's what matters.”


“Without generous families like the Moncriefs, I wouldn't be able to be in the position that I'm in at A&M. I truly appreciate their donations to the 1922 Fund and the time they invest in me. I've also been fortunate enough to develop a friendship with their grandson, who is also named Colton. He thinks it's cool that he knows an A&M football player, but I don't think he knows just how cool I think it is to know him.”

Your generosity makes a difference.

As Champions Council members and 1922 Fund Donors, Carla and Rick Moncrief '81 are making a lasting impact on Texas A&M Athletics. Join Carla and Rick in supporting Aggie student-athletes now and in the future. Contact Lauren Hickey at 979-260-7595 or by email