Fueled by a lifetime passion, David Coolidge '87 has stood as an ardent supporter of Texas A&M Athletics, and it is with pride the 12th Man Foundation honors his commitment as a lead donor to the Centennial Campaign.

Fueled by a lifetime passion, David Coolidge '87 has stood as an ardent supporter of Texas A&M Athletics, and it is with pride the 12th Man Foundation honors his commitment as a lead donor to the Centennial Campaign.

A cornerstone in the successful launch of the Centennial Campaign, Coolidge committed $15 million toward the construction of a Football Indoor Performance Center. This project will build upon the upward trajectory of the Aggie Football program by providing a year-round, premier training facility for Aggie student-athletes to prepare for competition while developing to reach their full potential.

“I want to be a part of the solution,” said Coolidge. “Our program has never been in the position it's in now. I've never seen it this strong where you have administration, athletics and coaches that all seem to be on the same page with the same goal and the same vision. To me, having been a part of this athletic program, living out my dream and having all these wonderful friendships for a lifetime, it inspired me to give back.”

Born into an Aggie family, Coolidge formed an early bond with Texas A&M through his father, John class of '52, and three siblings who also attended A&M. After a standout football career at Houston's Westbury High School, there was little doubt where Coolidge would follow in their footsteps, despite interest to play college football at various other schools.

At A&M, Coolidge joined a storied chapter in college football history as part of head coach Jackie Sherrill's famed 12th Man Kickoff Team. His time on the field left a deep connection to the Aggie Football program and a genuine appreciation for the commitment of student-athletes.

“David Coolidge is truly the 12th Man,” says Texas A&M head football coach Jimbo Fisher. “He is an example of what I talk about all the time about the experience at Texas A&M. He received a great education here at Texas A&M and is a letterman as a member of the 12th Man Kickoff Team. He entered the business world and applied many of the attributes he learned on the football field—toughness, effort, discipline, pride and grit. He has stayed involved at Texas A&M and especially with the 12th Man Foundation. I consider him a friend and our football program is thankful and grateful for a person like David to help lead the way on the Centennial Campaign.” 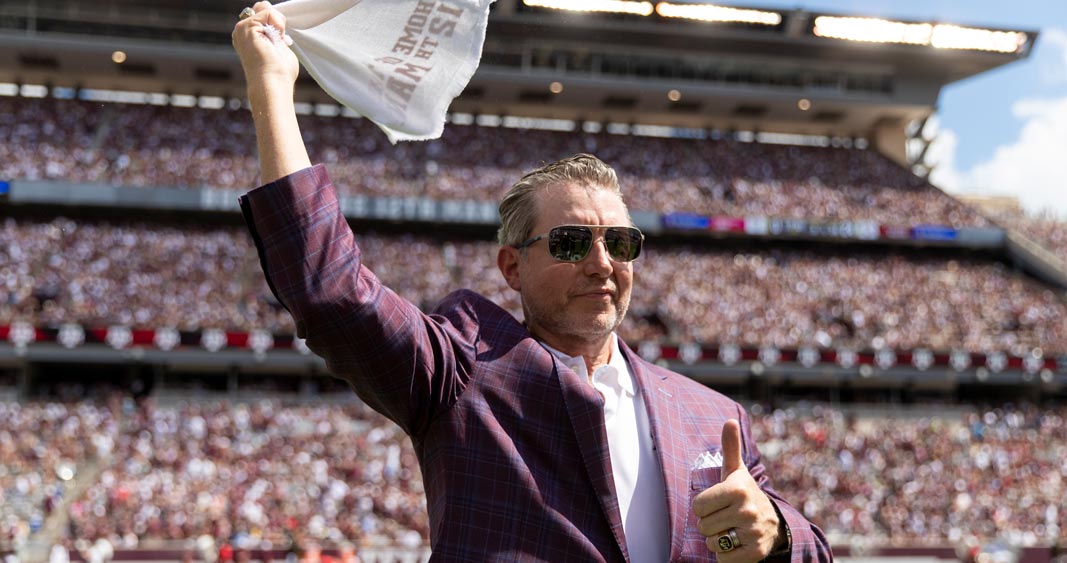 Upon graduating from Texas A&M with a degree in industrial distribution, Coolidge embarked on a career in the oil and gas industry. His path would lead him to founding Velite Capital, a company that specializes in trading natural gas commodities.

Success from his professional career has allowed Coolidge to expand upon his love of Texas A&M by giving back and setting the stage for a new generation of Aggie student-athletes. In addition to generous support of the Texas A&M Lettermen's Association, Coolidge has supported Texas A&M Athletics through contributions to the historic redevelopment of Kyle Field, Davis Player Development Center and the Coolidge Outdoor Practice Fields.

Coolidge currently serves on the 12th Man Foundation Board of Trustees, and in 2021 was inducted into Texas A&M Athletics Hall of Honor.

“David's life story is intertwined with Texas A&M Athletics,” said 12th Man Foundation President and CEO Travis Dabney '96. “From his time as a member of the 12th Man Kickoff Team under the leadership of Jackie Sherrill, his commitment to Aggie Athletics and more specifically our football program has been extraordinary. He's a tremendous supporter and person; we're incredibly grateful for his investment in Texas A&M Athletics.”