What makes Texas A&M and Aggieland special to you and your family?

Texas A&M is a family institution. My uncle was Class of 1951 and the first from our family to go to A&M. My dad, Class of 1958, followed in his footsteps before I attended as Class of 1983. Now, we have two daughters who graduated from A&M and two who are current students. It's part of our family and deeply ingrained like so many other Aggies. What makes A&M so special to me is the common thread that ties us all together as Aggies. One of the things I admire most is how much Aggies want to be together and how we're bonded by the university's core values.

What led you to a career in the oil and gas industry, and what do you credit your professional success to?

I grew up in the oil and gas business. My dad was an engineer for Chevron, so I was an oil field kid and it seemed like the natural thing to do when I went to A&M. I was a Petroleum Engineering major and entered the oil and gas industry right out of school. I love the industry for a lot of the same reasons I love A&M. It's one of the biggest industries in the world, but in a lot of ways, it's a tight-knit group of people. There seemed to be a lot of the same values at A&M, maybe because there are so many Aggies in the business. I credit a lot of my success to the foundation I received from my dad and my experiences at A&M.

How did you first become involved with the 12th Man Foundation?

I bought tickets! Anne and I got married in 1985 and we moved around a bit in the first few years of my career. When we moved to The Woodlands in 1990, I was first introduced to the 12th Man Foundation by buying season tickets. Later on, around 2005, I became involved with Major Gifts through Stu Starner and later Jacob Green, and we made our first philanthropic gift. Like a lot of people, I had two introductions to the 12th Man Foundation - one as a transactional ticket buyer and later on it became something more philanthropic. 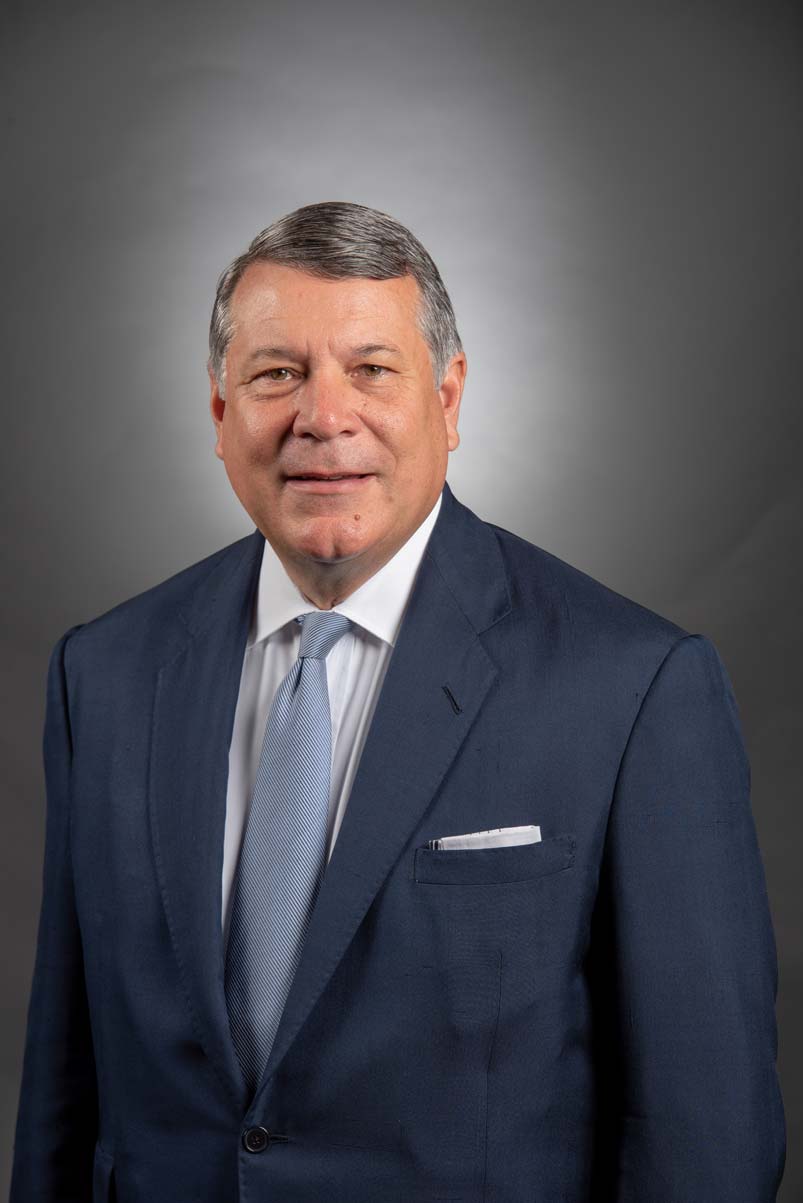 “I see Texas A&M Athletics as the window through which the world sees our university. I'm so proud of what we've done at Texas A&M and how much we continue to progress.”

What is your motivation for continuing to support Texas A&M Athletics through the 12th Man Foundation?

I see Texas A&M Athletics as the window through which the world sees our university. I'm so proud of what we've done at Texas A&M and how much we continue to progress. The world doesn't see that on a day-to-day basis, but when they turn on the TV for a football game or for another sport, they see Texas A&M. I think it's important that people see a product that every Aggie can be proud of. Through athletics, people see our university, so it's important to me that we have programs that attract the best student-athletes and coaches in the country.

What do you see as the role of the 12th Man Foundation Board of Trustees?

First and foremost, our mission statement is well-honed about the obligation we have to the members of the 12th Man Foundation to be good stewards of the dollars they contribute. We work with the staff to ensure those funds are put forward in the way the donors intended and make an impact toward our mission of funding scholarships, programs and facilities in support of championship athletics.