It's been said that “Change is the only constant in life.” The saying is amplified in the ultracompetitive world of intercollegiate athletics where coaches seek out fresh innovations to give their teams an edge while administrators confront the challenges that accompany the ever-evolving business side of the industry.

“What does a 21st century athletics department look like, how do we serve customers, deliver content, grow our fanbase and avidity when there are so many other forces out there trying to get their attention?” asks Michael Thompson, Texas A&M's deputy athletics director for external relations and business development.

For Aggie Athletics and the 12th Man Foundation, a part of that evolution means better engagement with their constituents by investing in the ever-expanding digital-side arena of sports.

As any longtime Aggie fan will testify, the ways they follow their teams have changed over the years. From the days of clambering for the morning newspaper to see last night's scoreline, we have arrived at a place where a person can stream hundreds of live events on their phone while simultaneously interacting with other fans worldwide on social networking apps.

It goes far beyond sports. People now have so many choices when it comes to how they spend their free time. The task is developing strategies to cut through the clutter and reach the right audiences with the content they want.

“If we create that content and it doesn't reach our fans, then it's not worth anything,” Thompson notes. “We have to get it in front of Aggies so they can view it. It sounds simple, but it's harder today than it was yesterday, and it will be even harder tomorrow.”

To confront that challenge, A&M Athletics has reorganized its digital and creative staff into a singular unit that oversees brand management as well as content creation and distribution via digital channels.

“If we create that content and it doesn't reach our fans, then it's not worth anything. We have to get it in front of Aggies so they can view it. It sounds simple, but it's harder today than it was yesterday, and it will be even harder tomorrow.” 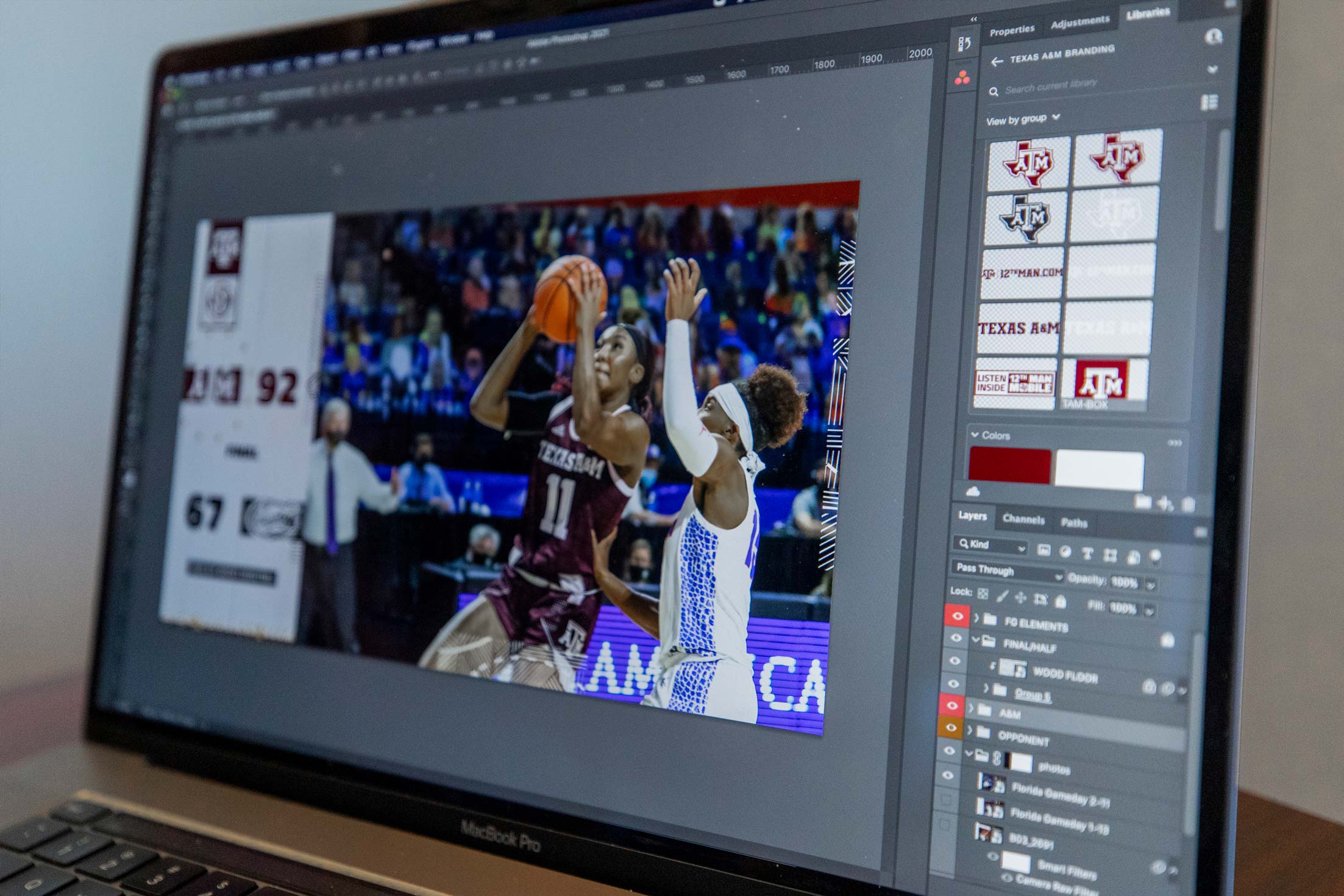 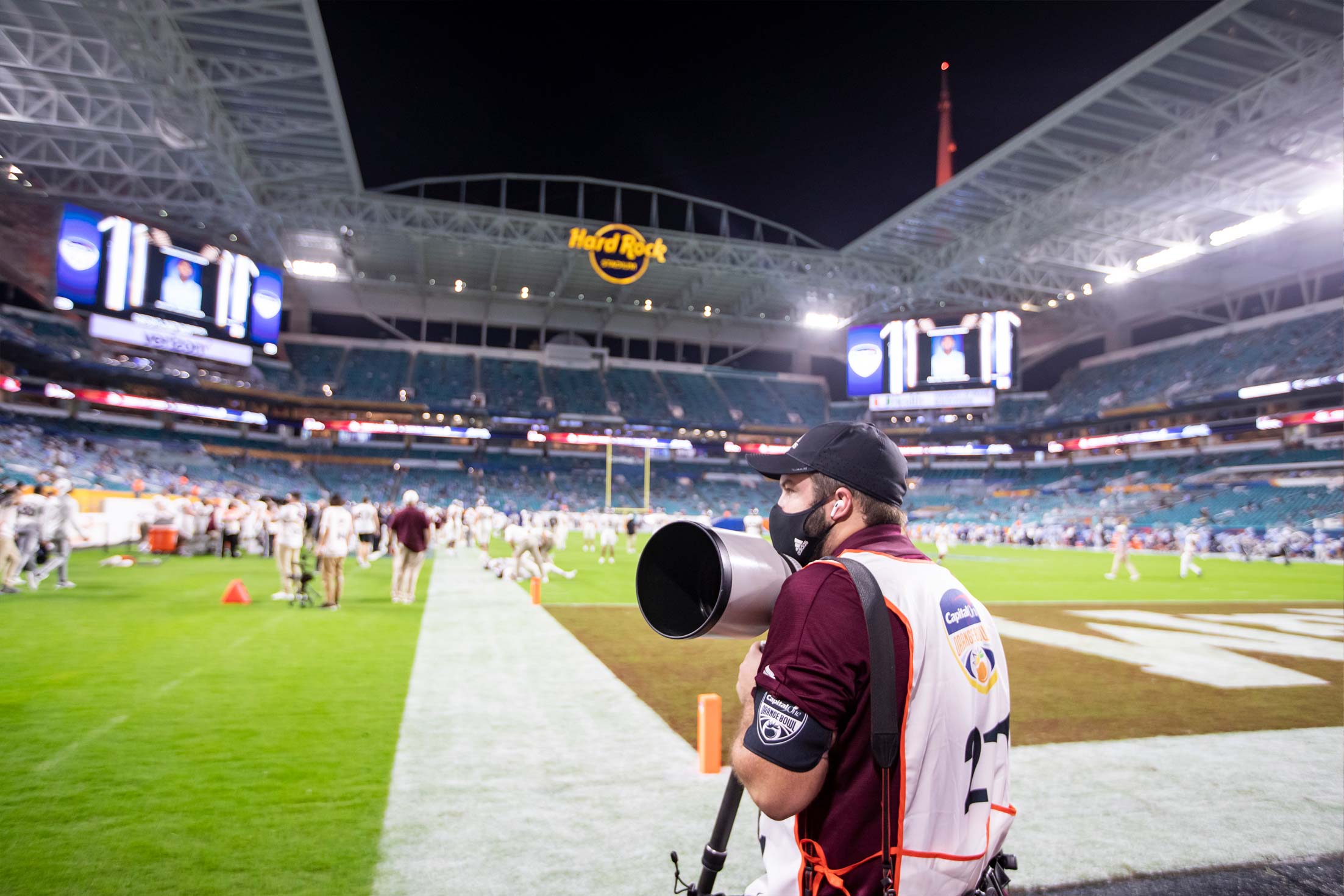 “Deepening the bond between donors and the teams and student-athletes they generously support is a major point of emphasis for our organization. The ultimate goal is to grow that affinity and donor base to increase our ability to support championship athletics.”

Previously, while staff was devoted to graphic design, photography, social media and website management, they were spread throughout various areas of the department. Through the formation of this new unit, dubbed 12th Man Creative, A&M Athletics recognized the need to consolidate a previously disjointed staff into a collaborative unit with shared goals and resources.

“It's evolved so much for our consumers that you have to approach it with certain strategies and goals that are specific to the digital, social and branding space,” Thompson said. “It didn't used to be that important, but it is now.”

In November 2020, Michael Green joined the department to lead that charge as assistant athletics director for branding, digital and social. A 2011 graduate of A&M, Green brings a cache of experience having spent time on campus with Texas A&M University's Marketing & Communications team in a variety of positions, including a significant role in the growth and strategies behind the school's successful digital platforms.

The College Station native hopes to bring a competitive edge to the athletics department's digital platforms as he sees no reason their growth and content should not be among the best in the country.

“It's important because we're fighting for people's attention,” Green said. “We're fighting for their brand loyalty and affinity. Our social and digital platforms are a key way to do that now. Whether it's the creative we put out on those platforms, the voice and tone, or the one-on-one interactions we have with our fans, that is how we use these tools to engage on another level.”

It's more than just an increase in followers on social media that the newly-minted digital team is after. It all goes back to not only growing the fanbase, but deepening the connection between teams, coaches and student-athletes and the supporters who make their success possible. 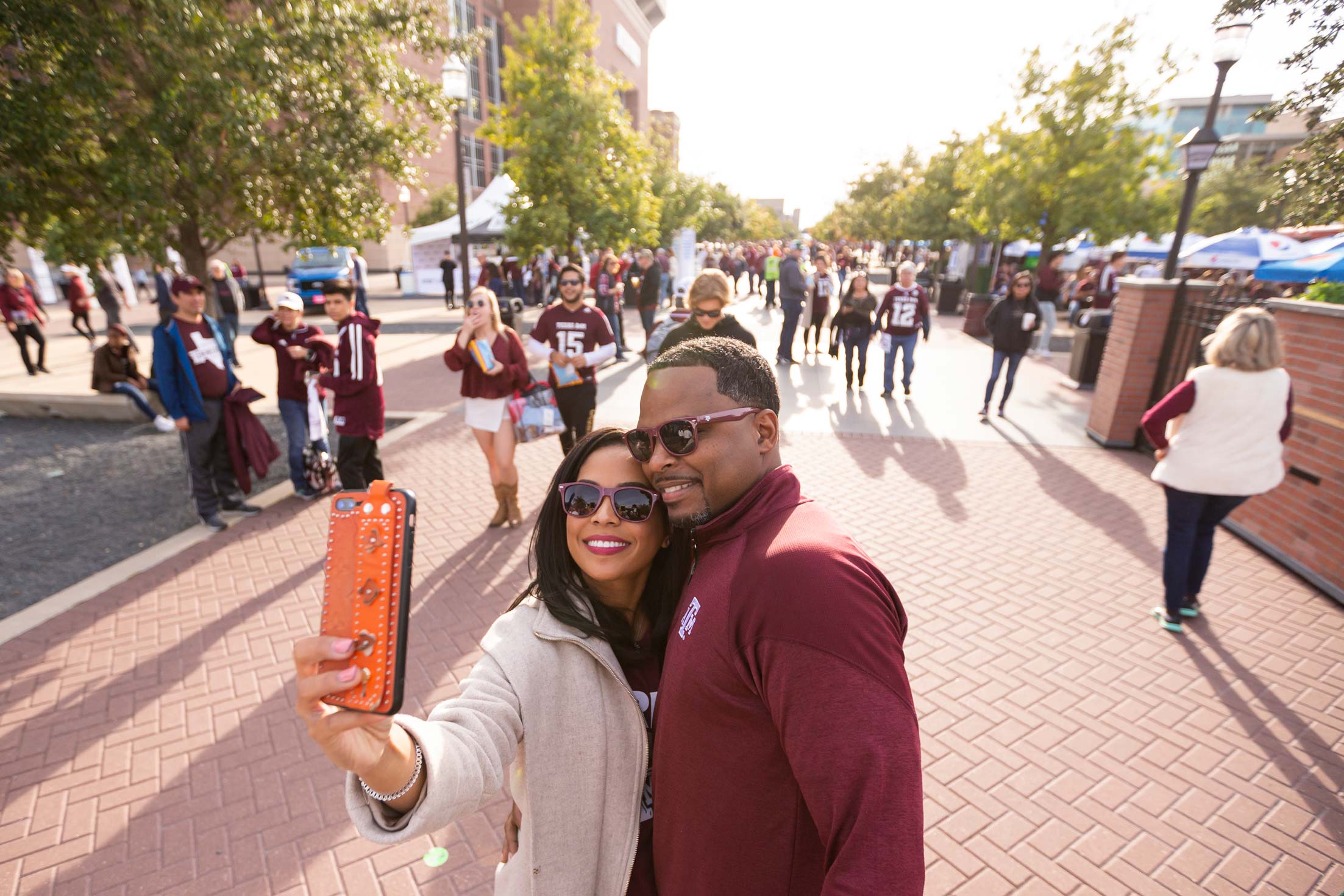 “To me, the biggest and most important metric is engagement,” Green said. “Followers can be somewhat of a vanity metric, but if we have high engagement numbers, that means our followers not only saw our content but took an action, whether it be liked, shared or commented. That's what we're looking for because it deepens that lasting connection with our fans.”

For the 12th Man Foundation, digital channels continue to be emphasized with the goal of delivering compelling content across a variety of platforms to engage with both current and potential donors and ticket buyers.

“Donors and season ticket holders are the engine that drives Texas A&M Athletics,” said 12th Man Foundation President and CEO Travis Dabney. “Deepening the bond between donors and the teams and student-athletes they generously support is a major point of emphasis for our organization. The ultimate goal is to grow that affinity and donor base to increase our ability to support championship athletics.”

Without a doubt for many, there was a renewed sense of optimism as the calendar flipped from 2020 to 2021. The volatility of the last year and its lingering effects is something no one soon wants to repeat. However, the challenges presented by recent events have brought the importance of digital platforms to the forefront and proven how vital a presence in that space has become for collegiate athletics departments.

Moving forward, both Texas A&M Athletics and the 12th Man Foundation plan to build upon those lessons as they continue to serve the best fanbase in the country.