Harry Green ’52 had no ties to Texas A&M when he made the decision to attend the small military college north of his hometown of Houston, Texas.

“I came to A&M because I wanted to,” he recalled.

Entering school in 1948, Green was part of Company B and ran track for the Aggies his freshman year. Everything changed in the summer of 1950, however, when the Korean War began. Green left A&M and enlisted in the Navy, spending four years at sea.

As the war came to an end, Green had a choice to make.

“If I’d stayed in and gotten my commission, my whole life would have been different,” he said.

Green opted to return to Aggieland, finishing his degree in industrial technology in 1957, and began working as a safety engineer.

In 1968, Richard “Buck” Weirus ’42, the executive director of the Association of Former Students at that time, was looking for a field director to help keep the A&M clubs active and involved. Green’s name popped up in the search, and he landed an interview. “I went back home and had two old professors write him a letter saying that I was the only guy for the job,” Green said with a laugh. “I had a friend from Dallas write him. Two from Houston. Another from San Antonio.

“He called me back and said, ‘Hold it, no more letters.’ I came back, interviewed again and got the job.”

As the organization’s first field director, Green traveled all over the state and into Louisiana and Oklahoma. He served in that role for seven years before the fledgling Aggie Club – now known as the 12th Man Foundation – took notice.

“Coach (Gene) Stallings realized the potential of The Aggie Club,” Green said. “They needed someone to get out on the road, and I’d just gotten through keeping all the A&M clubs active. So they gave me a company car and I headed out.”

That year, 1975, membership in The Aggie Club was about 1,200 and revenues were around $275,000. But the momentum was building as The Aggie Club hired four new staff – an accountant, receptionist and two in ticketing – and Green continued to burn up the highways.

“I’d call someone in Wichita Falls and ask them to get five or 10 folks together, and that I’d be there at 10 a.m.,” he recalled. “I’d leave at 4 a.m. Monday morning. That night, I’d go to Amarillo. Then to Lubbock. Then Midland-Odessa. Then I’d come back through San Angelo and Abilene and finally pull back into College Station late Wednesday night or Thursday.”

PEOPLE GIVE TO PEOPLE

Green took over as executive director of The Aggie Club in 1979 and ran the organization until his retirement in 1992. He handled the operation, management and travel, the latter something on which he thrived.

“We had to get out and shake hands,” Green said. “People give to people. You had to be out there, get to know them, shake their hand. We’d go have a drink or two after the meeting. I’d spend the night in the town, and maybe go play golf the next morning. You really get to know each other and that was a good thing. You get to know people all over the state and beyond.”

Green’s ceaseless efforts led to substantial growth for The Aggie Club during his tenure. By the time he left in 1992, the organization had evolved into the 12th Man Foundation and the number of donors had increased to approximately 6,500.

He may have retired from the 12th Man Foundation more than 25 years ago, but Green’s legacy and influence lives on inside the organization he helped build.

It’s easy to tell how much relationships matter to Green, which undoubtedly was an important reason why he was successful. He’s proud of the impact he made on Texas A&M Athletics along the way.

“It does mean a lot,” Green said with a smile. “We had several years there where it was struggling, but we managed to keep it going.”

Despite being 88 and legally blind, it should come as no surprise that Green will let neither stop him from seeing his Aggies. At Kyle Field, Green sits with friends in their Legacy Suite.

“I can get one of those barstools and sit about 12 to 18 inches from that 60-inch television so I can see it. I can get my radio going so I can hear what’s going on. I get to see the game basically,” he said.

Green is happy to share his own season tickets with a friend and the friend’s wife. The deal? They get him to the game. “We worked it out so we all get to go.” 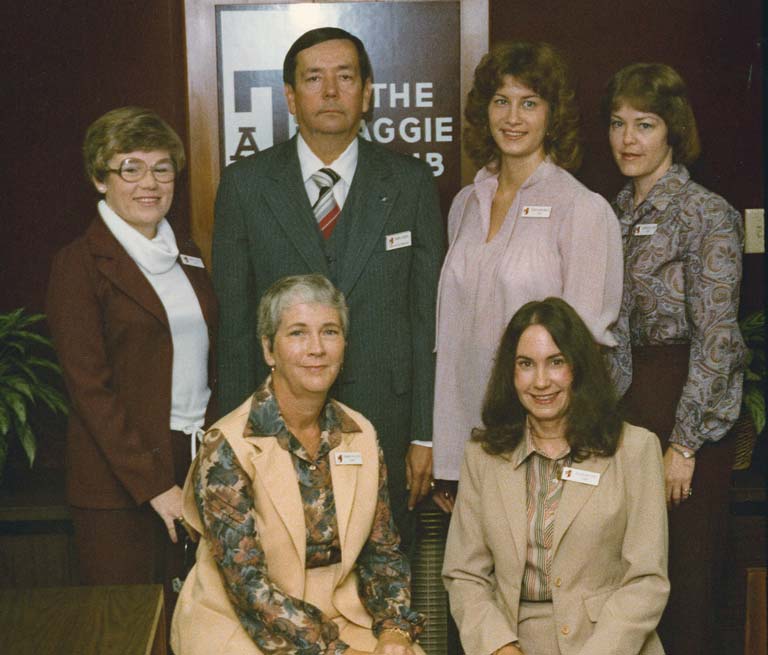 “You had to be out there, get to know them, shake their hand...You really get to know each other and that was a good thing.”

Harry Green recently received a letter from a man who, as a teenager, met Green at a wedding. A brief conversation between the two helped right the young man’s relationship with his father, and when the letter arrived this past fall – the two had not kept in touch – the appreciation really touched Green. “It’s unreal what that means to you,” Green said.