When Julia Black arrived in Colorado for the 12th Man Foundation Summer Meeting last June, she had no idea the impact one encounter would have on her life and the life of a young runner.

A senior on the Texas A&M cross country team, Black was walking through the Park Hyatt Beaver Creek Resort with her fellow Aggie student-athletes when a 12th Man Foundation donor came up to her and asked, “Are you Julia Black? You run cross country?”

For a moment, Black was speechless. She had watched some of the more well-known student-athletes interact with donors who knew their familiar faces, but it never crossed Black's mind that anyone would recognize her since cross country is not the most followed sport.

After the initial shock wore off, Black began talking with the donor and his daughter, a young runner starting high school in the fall. The teen had been following Black on Instagram for some time and was delighted at the opportunity to meet her. Black was equally starstruck that someone acknowledged her for her accomplishments.

“I was freaking out because somebody recognized me,” Black admitted. “I'm a cross country athlete. I don't have a jersey number. Nobody's going to really know who I am. But they knew my name, knew my sport…everything.”

The donor thanked her for taking the time to speak to and connect with his daughter, but Black felt as though she should be thanking them.

“I don't think they really ever understood that I wasn't talking to her just to be nice or because I felt like I had to,” Black said. “It was honestly a super cool experience for me because somebody cares. They made my whole weekend - my whole year.”

As the Summer Meeting went on, Black continued to engage with her young admirer. During the final event of the weekend, Black and the young runner posed together in a photo booth. 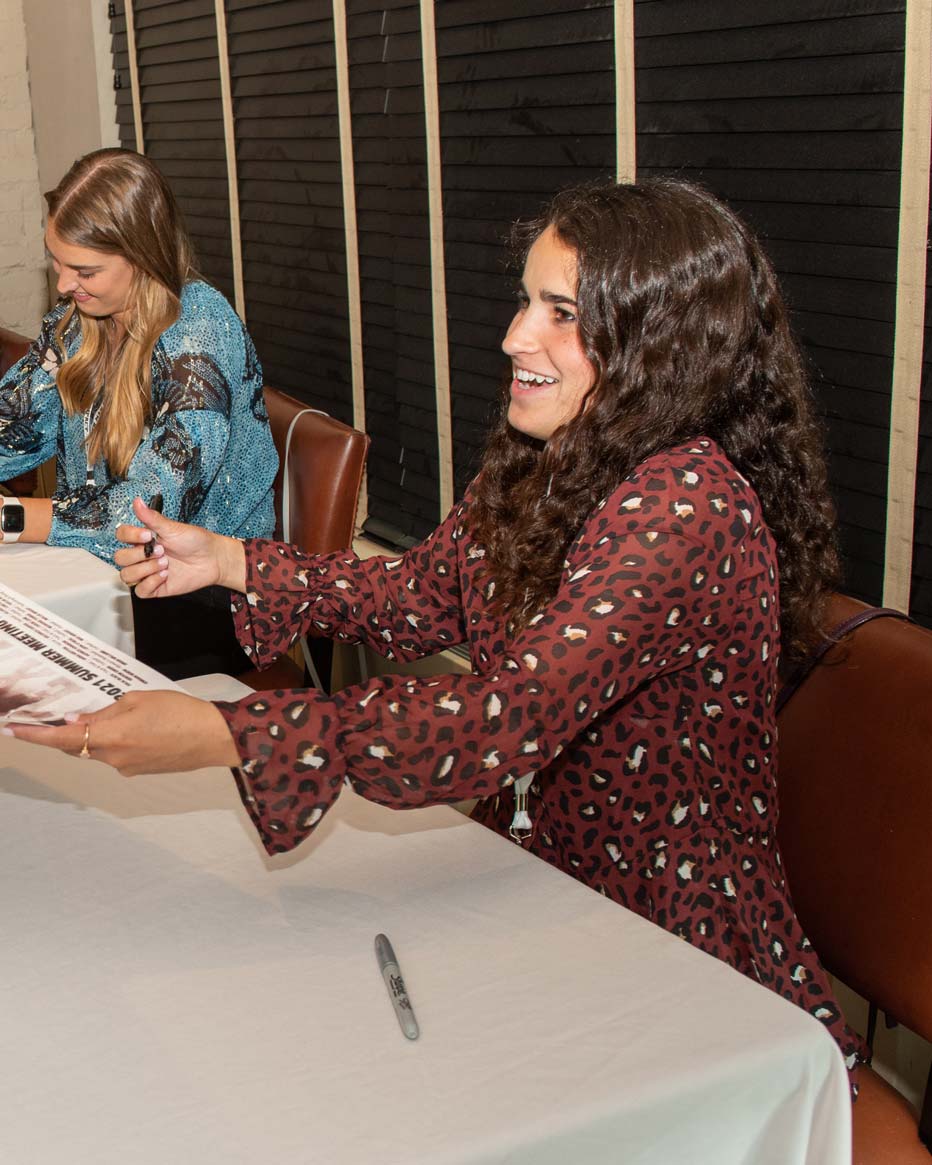 “I don't think they really ever understood that I wasn't talking to her just to be nice or because I felt like I had to. It was honestly a super cool experience for me because somebody cares. They made my whole weekend - my whole year”

“She wanted me to sign the photo,” Black recalled. “I said, 'Well, I need a photo of us, and I need you to sign it because what if you become some big runner? I need your autograph.'

Michael Solomon says Black's experience is an extraordinary example of the many positive benefits of connecting donors with student-athletes. 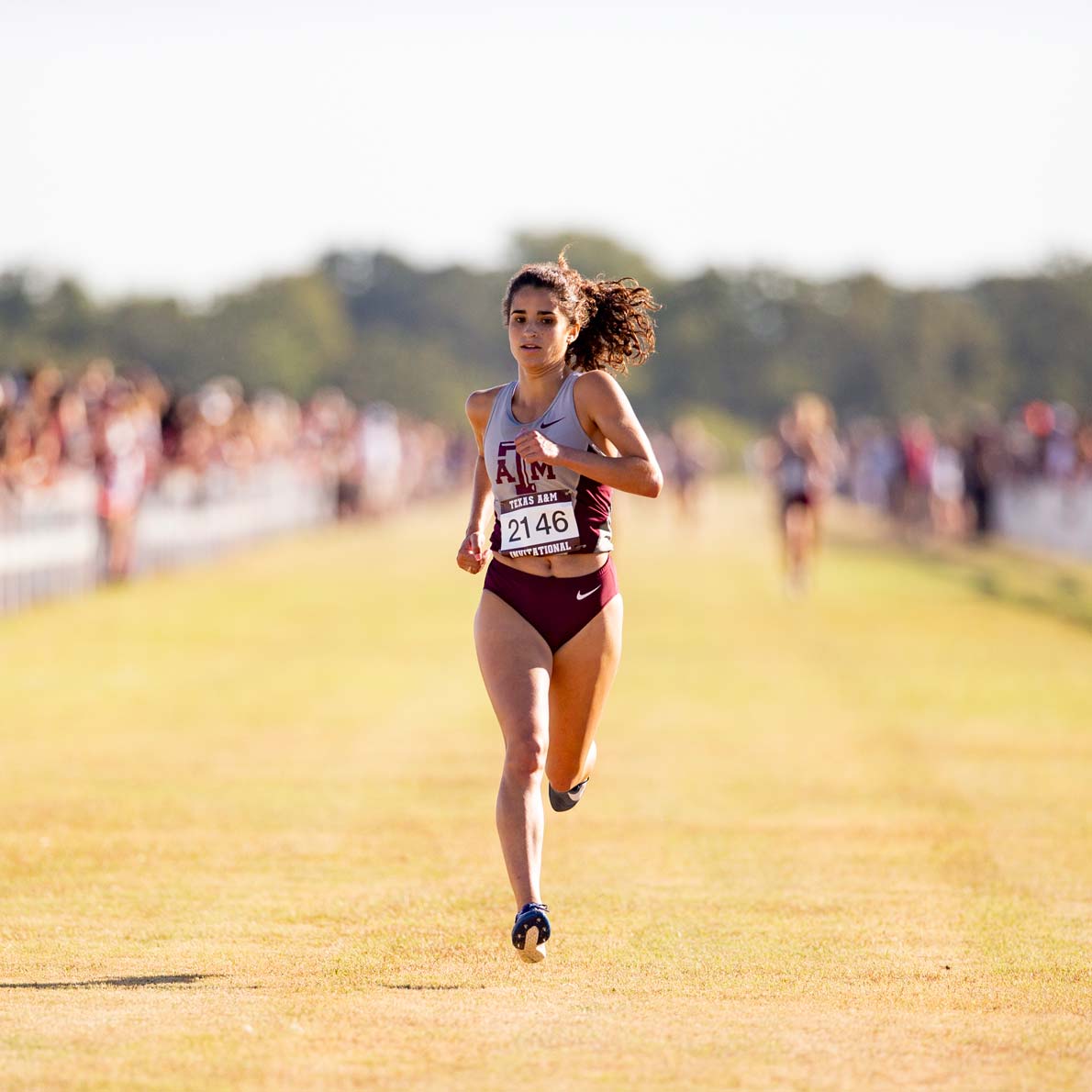 “When we are able to host events that bring our donors and student-athletes together, it's as if a light bulb goes off for both parties,” said Solomon, senior vice president of annual fund and donor services. “The donor has been giving for years while supporting student-athletes in competition, but actually getting to shake a student-athlete's hand, sit with them at a table and hear their stories - it transforms the impact that donors feel when they are making their gifts.

“For student-athletes, when they meet with donors, it sharpens the focus on their understanding of the support that is behind them and what the 12th Man is really all about.”

Following the Summer Meeting, Black has stayed in touch with the young runner's mom via Instagram. Black checks in to see how she is doing in meets, and the mom congratulates Black on her accolades.

No matter where the young runner's path takes her, it is likely she will never forget the Aggie student-athlete who asked for her autograph.