Terrence Murphy’s entrepreneurial spirit was emerging long before he and his wife, Erica, established their first real estate business. In fact, that spirit began to blossom before he was even in high school.

“I started my first lawnmowing business when I was 12,” recalled Terrence, noting that his clients included offices for doctors and dentists as well as other commercial properties. “My mom would drive me 30 minutes into the city, drop me off and I would mow, weedeat and pick up trash at my properties. Then I would sit under a tree with my water cooler and wait on my mom to come back and get me.”

Terrence was born and raised by his single mother east of Tyler in Chapel Hill, Texas.

“I learned a lot from my mom about hard work and doing things consistently,” he said.

That relentless work ethic has paid dividends through every stage of Terrence’s life.

At Chapel Hill High School, he worked to become a star student-athlete and quarterback earning both academic and athletic scholarship offers from universities across the country.

After arriving in Aggieland as an unheralded recruit in 2001, Terrence worked off the field to earn his Texas A&M degree with multiple academic accolades while rewriting the record books on the field as one of the best wide receivers in school history.

And when his promising NFL career abruptly ended due to a neck injury in 2005, Terrence devoted his work ethic and entrepreneurial spirit to the real estate industry. After attaining their real estate licenses several years later, Erica and Terrence followed their faith to set off on an incredible journey as entrepreneurs.

In 2010, Erica and Terrence launched their first company – TM5 Properties – in College Station. Eleven years and $1 billion in total sales later, TM5 Properties is a leader in the Bryan/College Station real state market. And earlier this year, the company merged with eXp Realty to expand the TM5 brand across the nation and beyond.

In all, the Murphys now own and operate 20 companies and employ more than 250 people in the Brazos Valley.

“We are passionate about growth and we have worked hard,” said Terrence noting that almost all of their companies’ colors are maroon and white. “We built it from an idea I wrote on a napkin – literally – and just prayed over it. When we started we didn’t have a road map. We just stepped out in faith and did it. We love growing our companies and the communities have seen the value in what we’re doing.”

“I’m appreciative to all 12th Man Foundation donors for the resources they provide. Now I’m a donor, and I know it takes sacrifice and selflessness to give to your university and invest your resources, time and energy.” 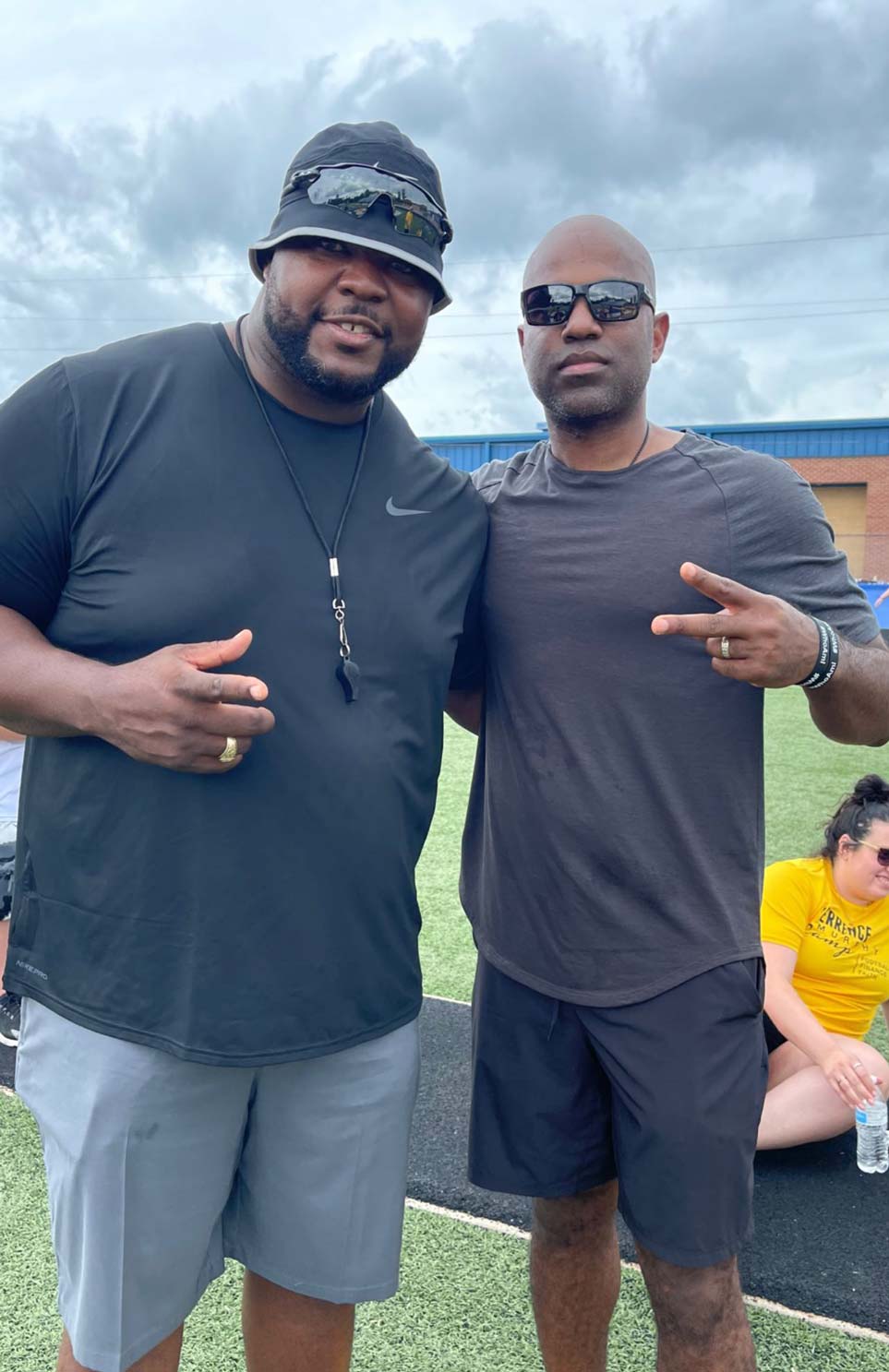 “Getting a scholarship to Texas A&M changed my life. Without that opportunity, I wouldn’t be the man or the entrepreneur that I am today.”

The couple could have started their lives together anywhere, but Terrence felt God was calling him to return to College Station. It turned out to be a perfect happy medium for a “country kid” and a “city girl” looking for a place to call home.

“Here we landed and 13 years later, it’s one of the best decisions we could have made,” Erica said. “It’s such a great community and great place to raise our kids. Aggieland has been good to us. We are thankful.”

The Murphys have also been good for Aggieland. Not only have they given back to the community in a variety of ways through their businesses, but they are also giving back to Texas A&M Athletics through the 12th Man Foundation. 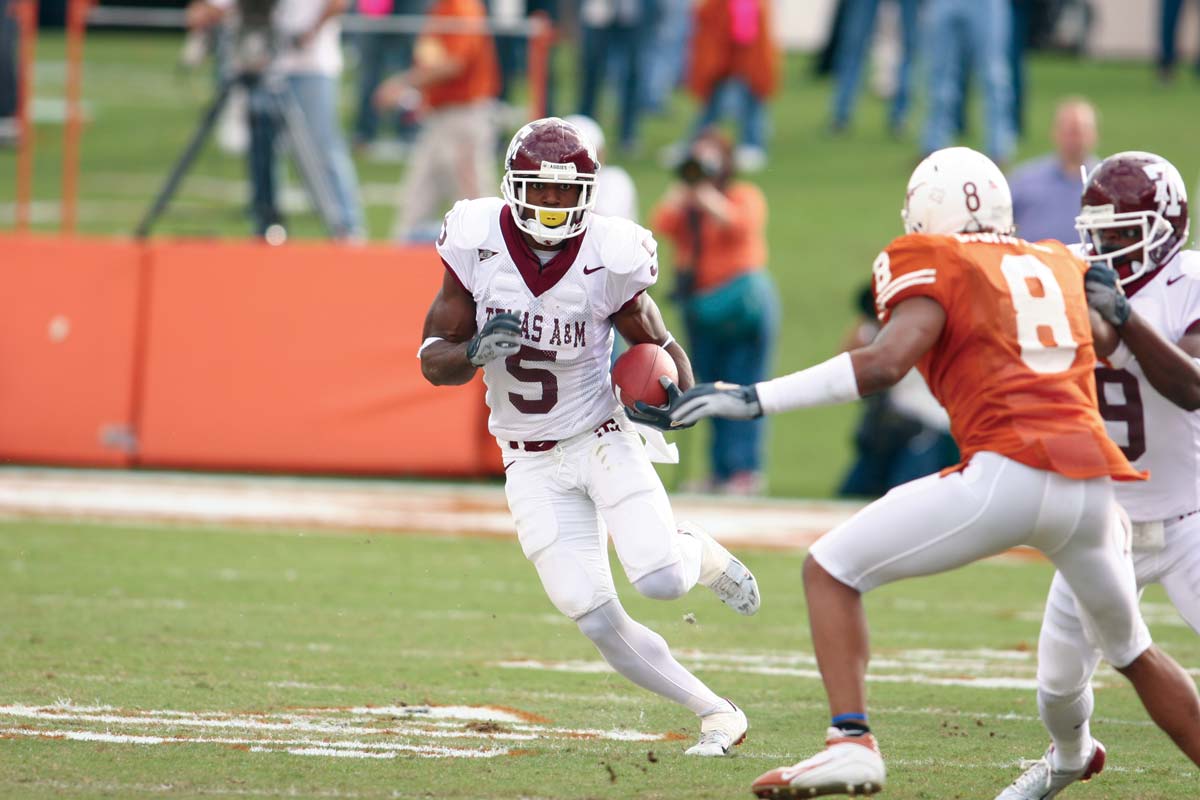 “Getting a scholarship to Texas A&M changed my life,” he said. “Without that opportunity, I wouldn’t be the man or the entrepreneur that I am today. I’m always going to be proud to be an Aggie.”

Erica and Terrence know first-hand that athletic careers don’t last forever and that most college athletes turn pro in something other than sports. Now, as proud supporters of Texas A&M Athletics, their goal is to help student-athletes have success in life after sports.

“That’s my passion and I believe one of the reasons God brought me back here to be an entrepreneur,” Terrence said. “These are bright kids who don’t get the full experience of a college student like summer internships and jobs. Yes, I’m investing back into my university with resources, but I also want to give back to the student-athletes with my actions, not only with facilities and education, but once they walk across that stage, what are we doing to help them transition. Not only to a career, but in mental health and everything else.”

As the quintessential student-athlete success story, Terrence knows what it takes to be successful in life after sports and is eager to pay it forward like previous donors did for him.

“I’m appreciative to all 12th Man Foundation donors for the resources they provide. Now I’m a donor, and I know it takes sacrifice and selflessness to give to your university and invest your resources, time and energy. I will forever be grateful for my opportunity.”