From the scout team to the Hall of Fame, the Aggie legend and now successful business owner has made the most of his opportunities

When Dat Nguyen walked across the stage as a graduate of Texas A&M, a true student-athlete success story was unfolding. He clutched his diploma at Reed Arena in the summer of 1998, having been awarded a B.S. in Agricultural Leadership.

Graduation usually signals the end of one’s time at their university, but that wasn’t the case for Nguyen. He still had another football season to play with the Aggies the following fall. What a chapter it was in this story.

The Aggies won the 1998 Big 12 Championship in a thrilling classic over Kansas State. Nguyen was named an All-American and won the prestigious Lombardi Award. He finished his A&M career as the school’s all-time leading tackler.

But the story is incomplete without how Nguyen’s journey started at A&M. Arriving from the small, shore-lined town of Rockport, Texas, his adjustment to College Station, and college life, wasn’t easy.

“There were some down times,” Nguyen said. “I had doubts.”

Nguyen redshirted in 1994, and uncertainty filled his outlook on the future. His high school coach, Bob Pyssen, helped him find a different viewpoint.

“He told me football and athletics are going to end one day,” recalled Nguyen, paying homage to one of his mentors who passed away in April of this year.

The lesson Nguyen learned from Pyssen was to make his education a priority.

“It opened my eyes,” he said. “I re-evaluated my situation.”

Nguyen needed that positive spark to embrace the opportunity that was in front of him.

“I didn’t understand how important that scholarship was,” he said. “I didn’t appreciate it as much until I redshirted.”

With a new mindset Nguyen went to work. Not just as a student or an athlete, but with an all-out effort toward being both.

“You never know when your window is going to be,” he said.

Nguyen worked out at 6 a.m. in the old Netum Steed weight room before starting class at 8 a.m. Football practice was in the afternoon and study hall filled his evening. He stayed steady through it all, waiting for his opportunity. 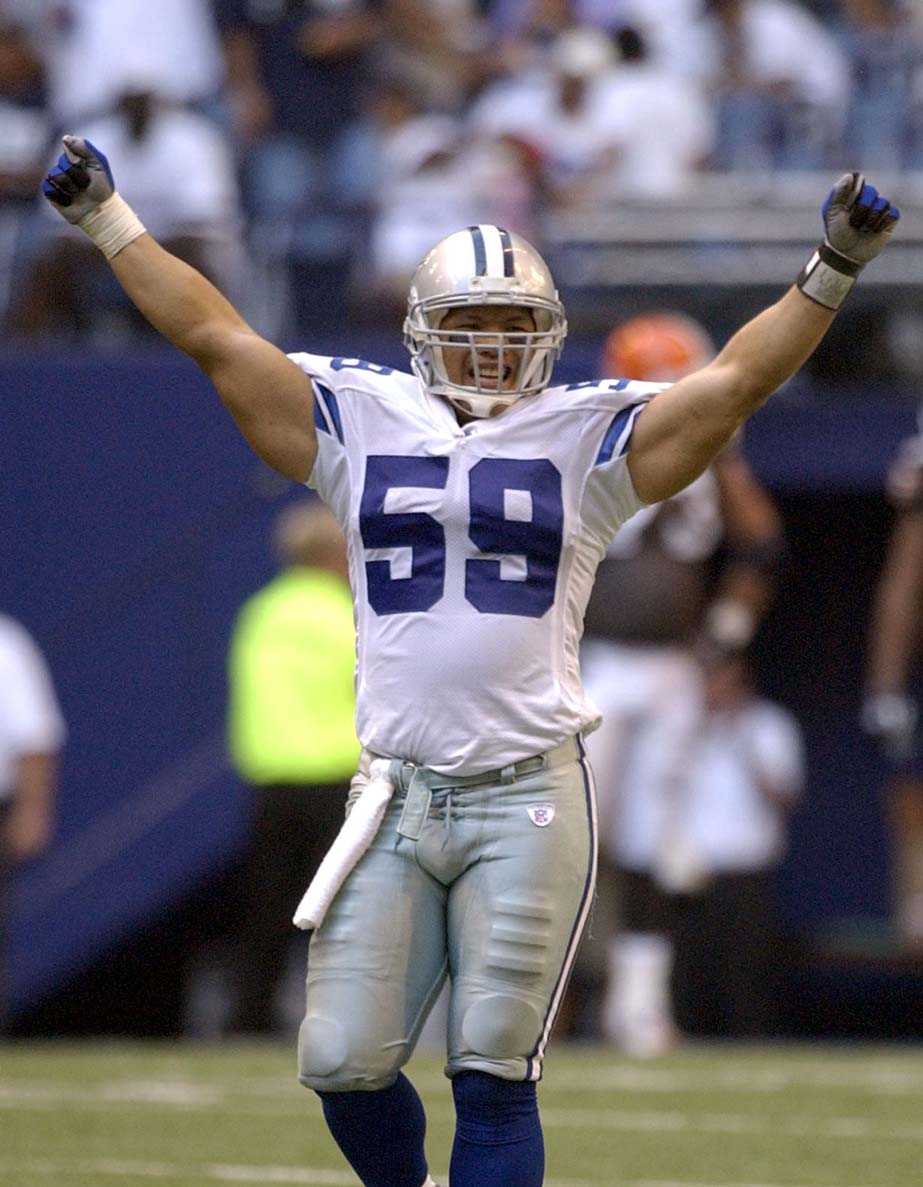 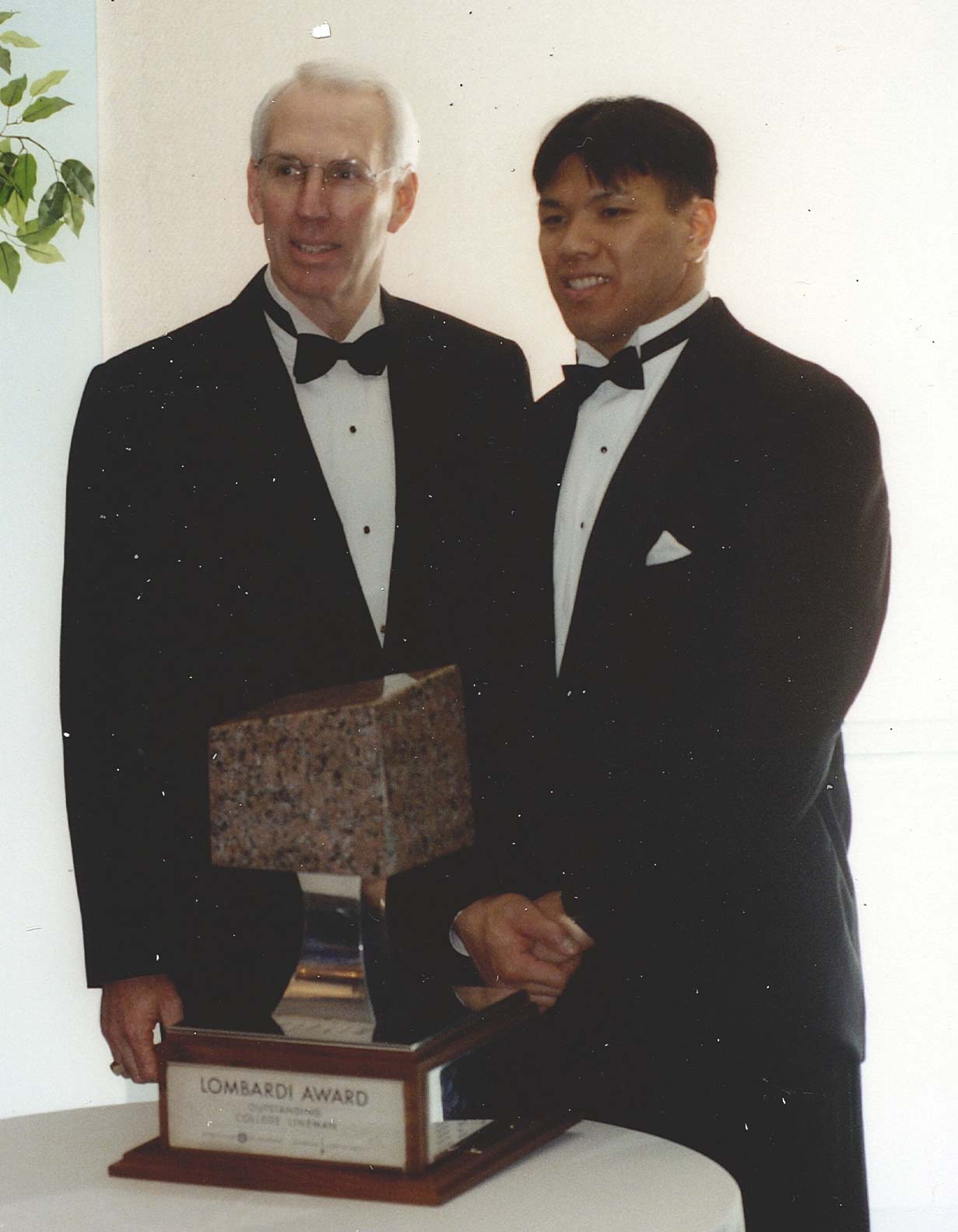 “All I wanted was an opportunity. The opportunity came with the 12th Man Foundation donors’ investment in my scholarship.” 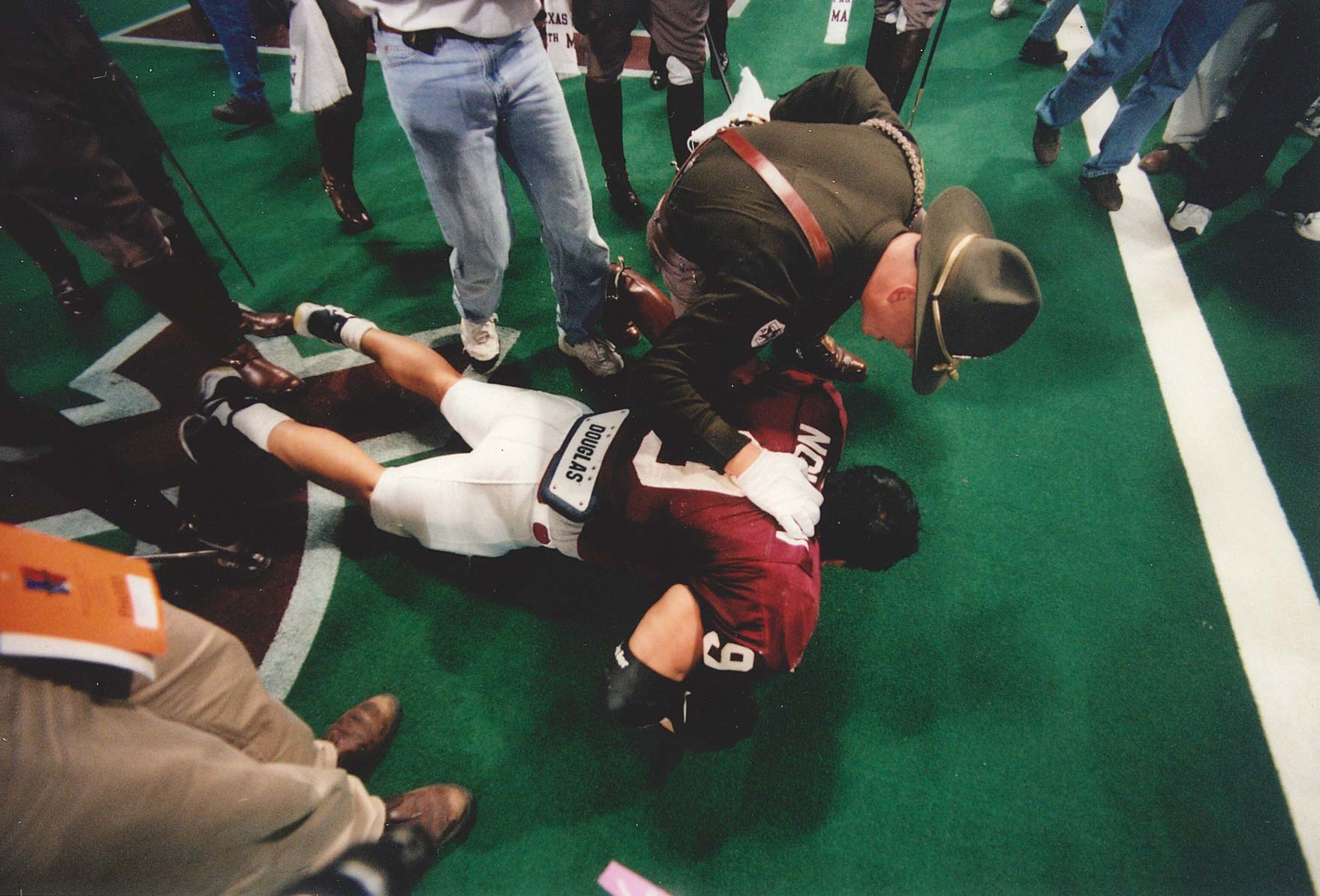 When it came, he was ready. Nguyen cracked A&M’s lineup and never left it, starting 51 consecutive games for the famed Wrecking Crew.

The New York Times once described him as a “tornado in cleats, a player who would wipe out blockers twice his size and sniff out a play before it developed.”

Following his legendary Aggie career, Nguyen played seven seasons in the NFL with the Dallas Cowboys. Athletics indeed ended with his retirement in 2006, but the lessons learned from the playing fields and classroom still serve him today.

Nguyen, who was inducted into the College Football Hall of Fame in 2017, is currently the owner and operator of Chick-fil-A’s Montgomery Plaza location in Fort Worth. He’s taken his teachings from Aggieland and applied them as a restaurateur.

“With the restaurant, our game is every day,” he said. “We coach and teach on the run. We recruit. We better get five-stars.”

It’s hard to decipher if he’s operating a restaurant or coaching a football team. Nguyen coached immediately after his playing days, including as A&M’s inside linebackers coach from 2010-11. 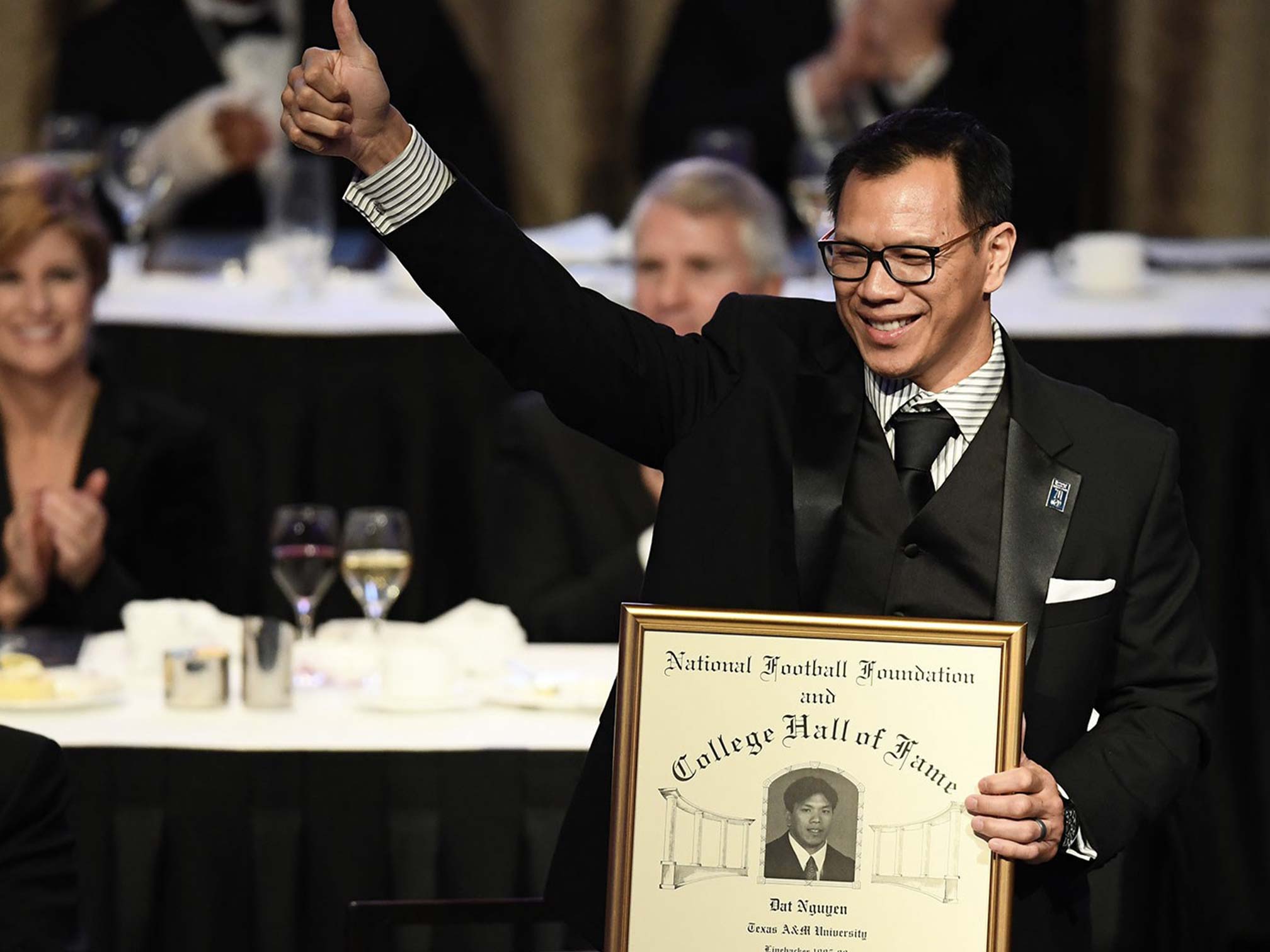 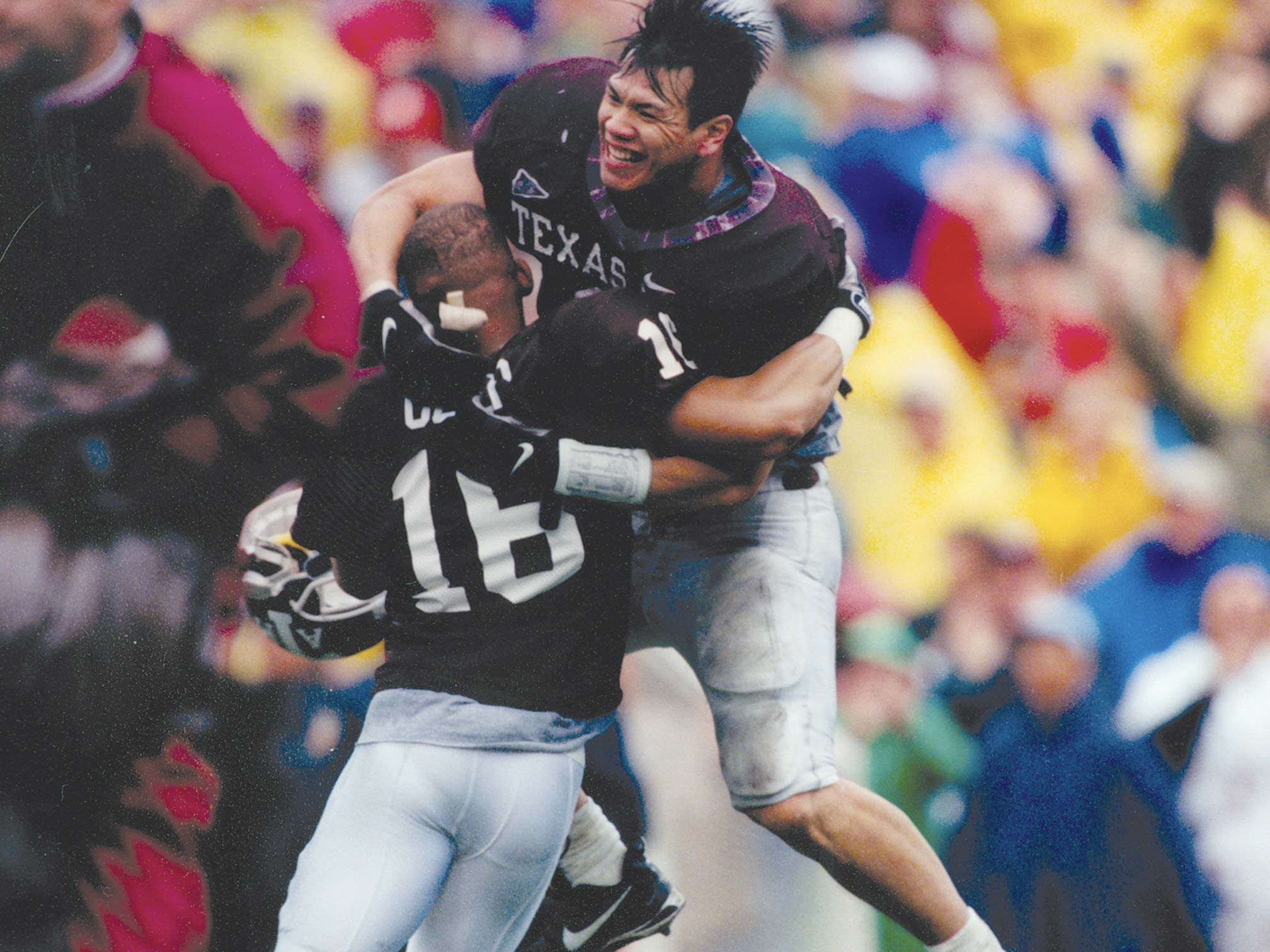 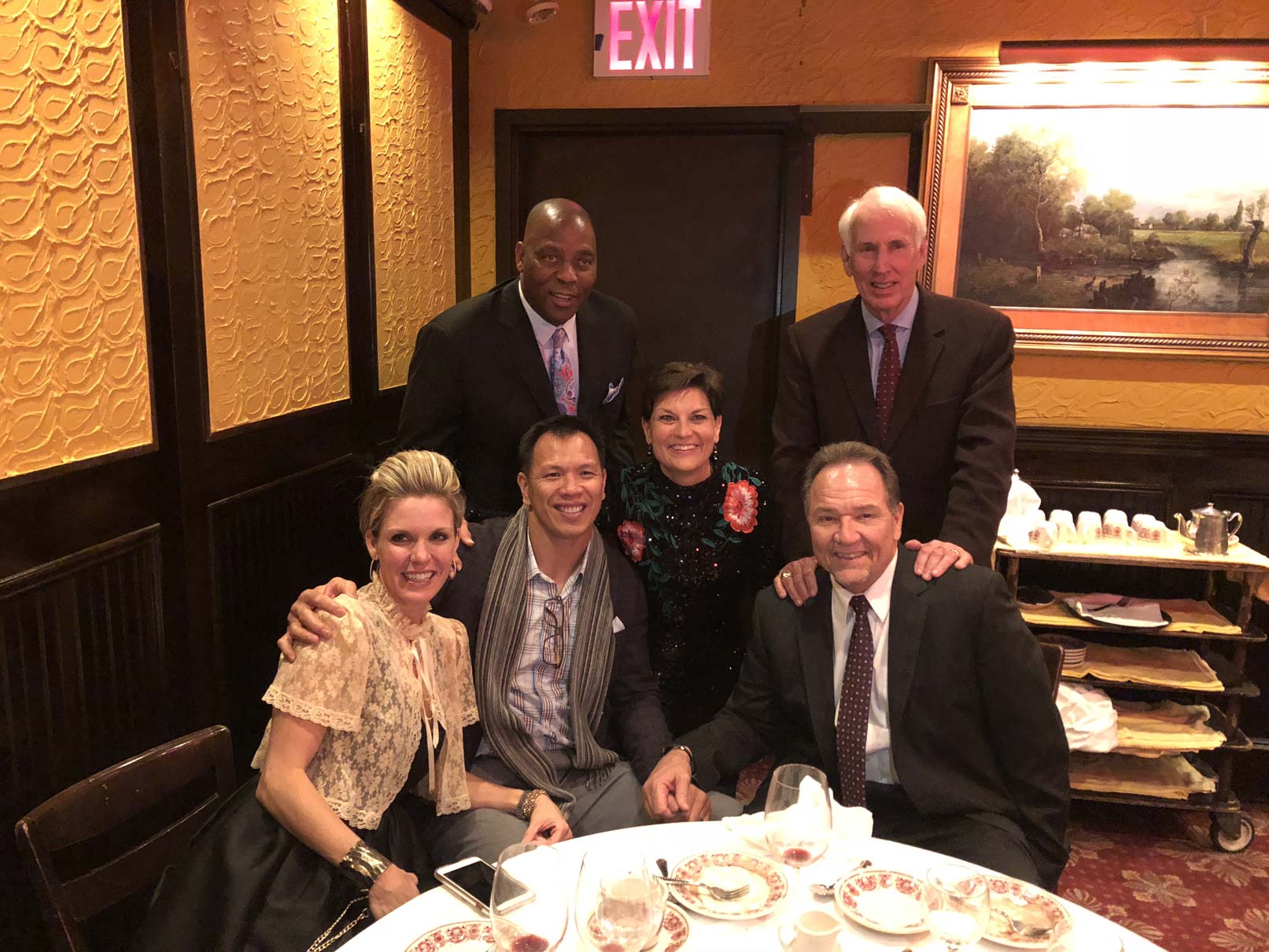 “We rank employees,” he said. “Who’s a starter, a backup and who needs a redshirt? Who are the All-Americans?”

As a coach in a different arena these days, Nguyen still sticks to the values instilled in him at Texas A&M both on the field and in the classroom.

“Be a light,” he said. “Share a compliment or smile. Offer with care. Be where your feet are.”

With athletics behind him, that motto leads him into his future. As Nguyen has proven time and time again, he will continue to make the most of every opportunity.