Ingrained in the Aggie spirit, the iconic tradition serves as the identity of Texas A&M

Most Aggies are aware of what transpired, and began, a century ago at the 1922 Dixie Classic. However, understanding the events of that historic game in Dallas is a significant part of the story.

First, the Aggies were up against a real force. Centre College entered the Classic having won 15 games in a row, allowing only a whopping total of 12 points during the streak. In October of 1921, the Praying Colonels handed national power Harvard its first defeat in two and a half years with a 6-0 shutout of the Crimson.

The bruised and battered Aggies hung 22 on Centre in a monumental upset.

Of course, E. King Gill stood ready for his school, beginning what is the greatest tradition in collegiate athletics. Summoned from the press box by head coach Dana X. Bible, Gill put on the uniform of an injured teammate and was prepared to enter if the banged-up Aggies needed him. The student body is still standing on seven Saturdays in Kyle Field to this day for the same reason - they are ready to do their part for Texas A&M.

Gill will always be known for starting the 12th Man tradition at Texas A&M, but his impact on the Aggie football program did not stop there. He contributed on the field and even proved to be a playmaker on Thanksgiving Day in 1922 in the season's biggest game.

“The untold story of E. King Gill, in no other place than Austin, Texas,” Aggie historian and author John Adams recounts, “is that he scored the first touchdown, then ran the ball down to the four-yard line to set up the second score.”

Gill almost singlehandedly beat the Texas Longhorns that season in the 14-7 win.

“Most Aggies have no idea,” said Adams.

The story is so fitting for an Aggie. Gill is not remembered most for the days he was a star. It was his supporting role that made him so revered. It was his selflessness, a quality that has embodied this university since its opening.

The students who stand today have no interest in spectating when the Aggies play at Kyle Field. They are ready to be activated. They arrive through the gates only concerned with how they can help. The Fightin' Texas Aggie Band has marched right alongside this tradition the entire way and stood with those students every Saturday.

“It's the greatest tradition in college football. What other school can one guy represent the entire student body. And play for them. Not himself.” 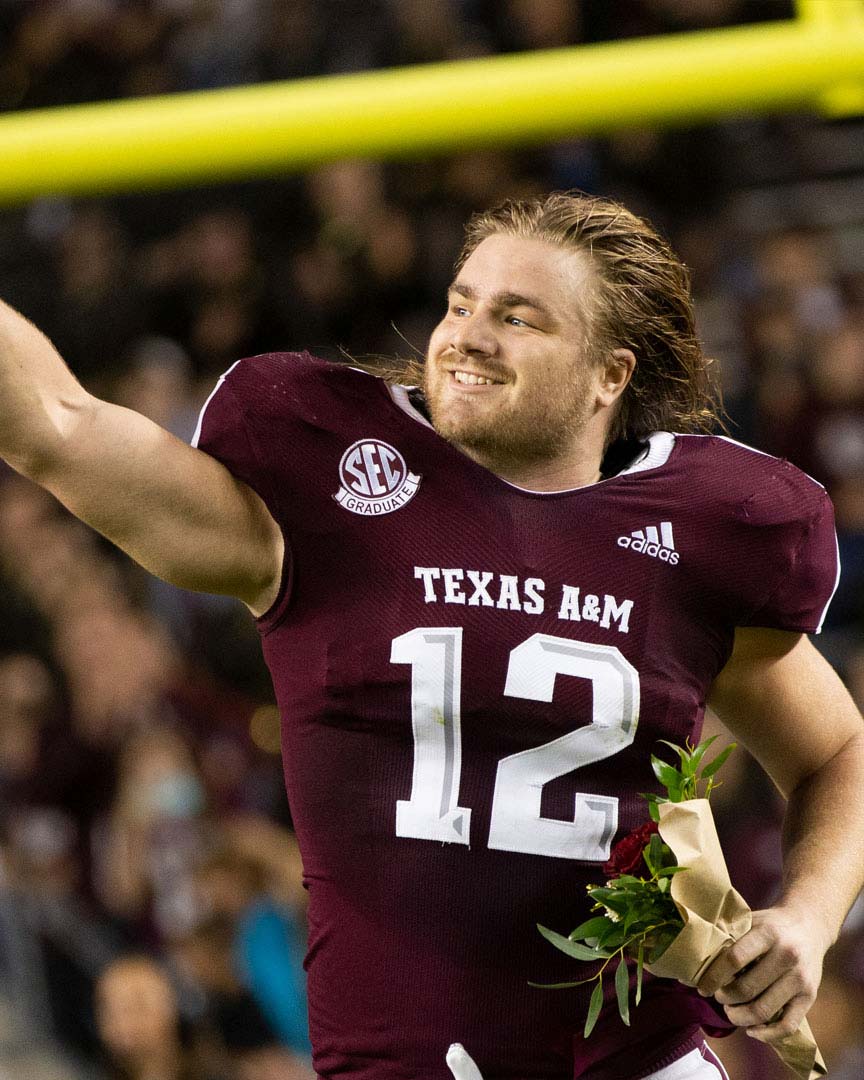 “The relationships and friendships I have for the rest of my life with that group of guys, I'll cherish forever.”

“That's just the symbol of the 12th Man,” said head drum major Will Toronjo. “If the coaching staff were to call down someone to play for the Aggie team, we're all, in spirit, ready to do that.”

Jackie Sherrill made that call during his tenure as A&M's head football coach.

After seeing the school's spirit in his first season, Sherrill held tryouts for the inaugural 12th Man Kickoff Team in time for the 1983 season. Those passionate students in the stands now had a direct link to the field.

“They represented us. They were us,” said Charean Williams, an Aggie student at the time who is now an A&M Distinguished Alumnus and in the NFL Hall of Fame as a journalist. “They were coming down from the stands to help A&M win a football game.”

No football stadium has since had a stronger fan-player connection than Kyle Field.

David Coolidge was a part of three consecutive Southwest Conference titles as a member of the all-walk-on 12th Man Kickoff Team from 1985-1987.

“It was such a great honor,” said Coolidge, a proud supporter of Aggie Athletics and current member of the 12th Man Foundation Board of Trustees. “The relationships and friendships I have for the rest of my life with that group of guys, I'll cherish forever.”

While things have changed over time with one member of the team now representing the student body as the 12th Man, the spirit of the tradition remains. And in A&M's 52-13 victory over NC State in the 2018 Gator Bowl, the iconic tradition reached new heights. 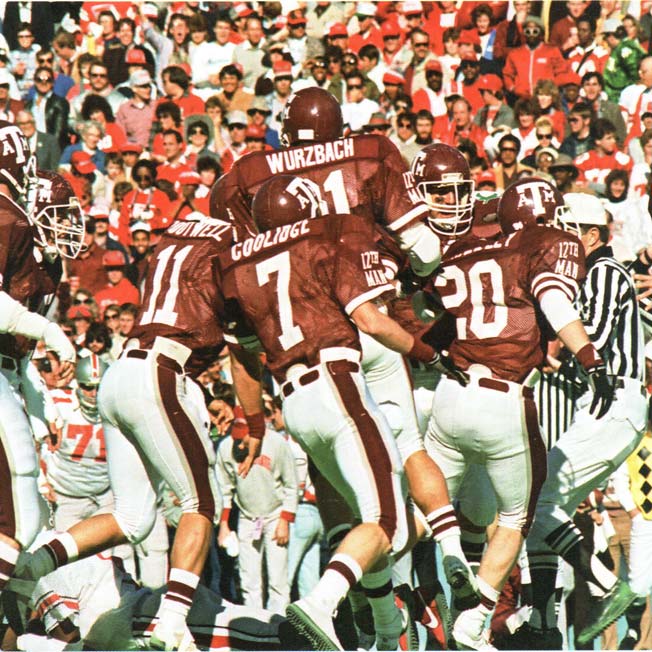 With less than 30 seconds remaining in the game, senior fullback Cullen Gillaspia lumbered 13 yards into the end zone and became the first 12th Man in history to record a touchdown.

When the Aggies opened the 2021 football season and launched the celebration of 100 years of the 12th Man tradition in September at Kyle Field, “Gilly” was introduced just before the team emerged from the tunnel.

“It's different. It's the greatest tradition in college football,” said Gilly, one of the most popular Aggies to ever don the No. 12 uniform. “What other school can one guy represent the entire student body. And play for them. Not himself.”

Gilly made several big plays as No. 12, and he made the 12th Man feel like they were a part of it, too. When he blocked a punt in 2017 for a safety against Alabama, so did the 12th Man in the stands.

When he found the end zone in the Gator Bowl, the 12th Man scored too.

The 12th Man has long been the identity of Texas A&M. In football. In athletics. As a university. An identity steeped in selfless acts.

Around here, Aggies often say, “Howdy,” then are likely to roll up their sleeves and ask, “How can I help you?”

It's seen in the generosity of 12th Man Foundation donors. Their contributions change lives for generations of young men and women. It's not about how giving back benefits themselves. It's about, “What can I do to help you?”

Aggies are every bit as likely to extend a helping hand as they are a gig 'em.

For 100 years, this tradition has stood above all the rest because it is based on service to others. It places the greater good at the forefront.

It's why the 12th Man will endure for centuries more, standing taller and taller with each passing year.