On April 2, 1950, seven former students gathered to form a non-profit organization that would raise money for the athletics department at Texas A&M.

The idea initially started due to a promise from head football coach Homer Norton that any players leaving A&M to go serve in WWII would still have a scholarship when they returned. To be able to honor Norton's promise and afford to recruit new players out of high school, the athletics department needed more money. And thus, The Aggie Club was born with A.E. Foerster '24 serving as the inaugural president of the organization.

In its first year, The Aggie Club raised $16,182 in annual donations. By the second year, annual giving nearly doubled with $30,190.

The organization grew steadily over the next few decades in both members and donations and began to really flourish by the mid-1970s due to the tireless fundraising efforts of Harry Green '52. In 1977, annual donations passed $1 million for the first time.

“I stayed on the road about 75 percent of the time, going to A&M clubs in one town to the next,” said Green, who served as the organization's executive director from 1979-91. “We didn't have enough members, and there were only four of us in the office. We just had to be out moving and meeting people, shaking their hands and telling them about how important it was to donate.”

Alongside A&M's athletics department, The Aggie Club continued to reach new heights in the 1980s, and at the 1986 Summer Meeting in Austin, the idea was suggested to change the organization's name. It was Harold Turner '52 who said he thought the name should include “12th Man.”

Arno Krebs '64, a member of the Executive Committee from 1984-89, thought the name change was a great idea. When Krebs became president of The Aggie Club in 1988, he started the ball rolling to make it happen.

There were meetings, marketing studies, focus groups and a special committee Krebs created dubbed the “Name Change Committee” to decide if the moniker truly needed to change.

“We'd go look at another word, but we kept coming back to the text saying '12th Man Foundation.' It had that ring to it.” 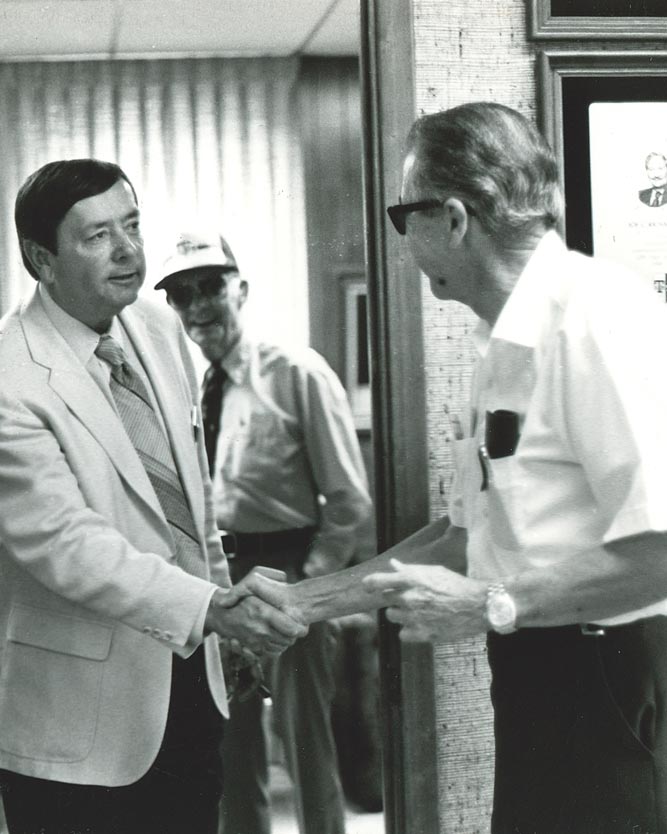 “I don't think any Aggies who are our age, who graduated in the 50s and 60s, had any idea how the organization would grow.”

Gerry Griffin '56, a member of the Executive Committee from 1988-93, served as chair of the Name Change Committee.

The consensus was that The Aggie Club was easily confused with other organizations and clubs at A&M, and people did not understand that the organization supported athletics. There was also an impression that it was “just a booster club,” and corporations were wary to donate because they did not believe The Aggie Club was a legitimate 501(c)(3) non-profit organization.

“Our goal was to raise a lot of money in the future,” says Krebs, “and we needed to be a more professional looking and sounding organization.”

After speaking with people from fundraising organizations at other universities, Green determined “foundation” should be in the new name.

“I looked at Clemson and I went to one of the Florida schools and then to North Carolina and they all had 'educational foundation' in their names,” Green recalled. “That's when I got the word 'foundation.'”

Different names were considered including The Aggie Foundation and Texas A&M Athletic Foundation. But the one name that kept coming up was the 12th Man Foundation. 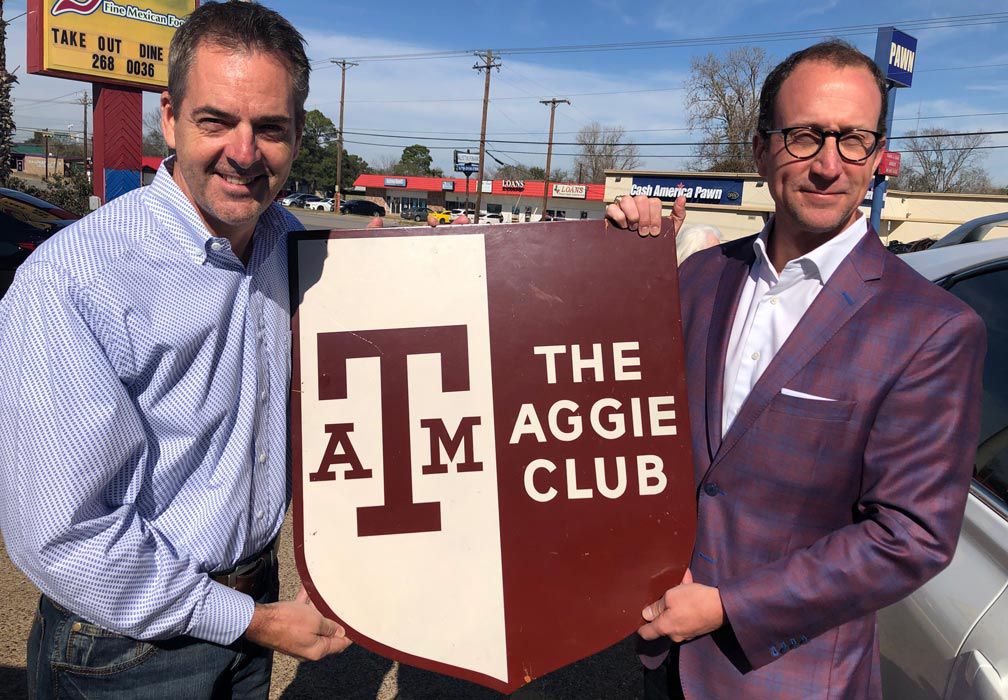 “The new name, it clicked with all of us on the Name Change Committee,” said Griffin, who also served as the president of the 12th Man Foundation in 1992. “We'd go look at another word, but we kept coming back to the text saying '12th Man Foundation.' It had that ring to it.”

The tradition of the 12th Man is about Aggies being ready and willing to step up when called upon, so it is only fitting that the organization that supports student-athletes and helps them be successful at A&M and beyond have 12th Man in its name. Donors to the 12th Man Foundation are the epitome of the 12th Man tradition.

As with any change, there was some resistance to the new name. However, the name change passed through a three-step process: the Executive Committee, the Board of Directors and the general membership (which totaled 4,000 members at that time).

Thanks to the generosity of donors and forward-thinking leadership, the 12th Man Foundation has continued to grow year after year.

“I don't think any Aggies who are our age, who graduated in the 50s and 60s, had any idea how the organization would grow,” Krebs said.

From a vision in the late 1940s to today, the 12th Man Foundation has become one of the most successful and well-respected fundraising organizations in collegiate athletics.

Most importantly, the funds generated by the 12th Man Foundation and its loyal donors over the past 72 years have positively impacted the lives of thousands of Aggie student-athletes and helped transform Texas A&M Athletics into an elite athletics department.