By investing in sports science, A&M provides student-athletes with the knowledge and tools to compete at their peak condition

Almost every day, Jimbo Fisher pores over numbers posted by Jhamon Ausbon and his teammates.

That’s the influence of sports science, an emerging program that monitors and analyzes physical trends, health and even sleep patterns to help athletes maintain peak performance.

“Coach Fisher takes that very seriously,” Ausbon said while resting on a sofa in the Bright Athletic Complex lobby earlier this spring. “He puts his hand in everything. He cares a lot about that. So, each morning he looks at the numbers and comes back and talks to you about whatever he saw.”

Howard Gray, A&M’s Assistant Athletics Director for Sports Science, says the program aids in the development of student-athletes as a supplement for sports medicine, strength and conditioning, nutrition and sports psychology.

“If there are any gaps or anyone needs help measuring some of those things, that’s where we come in,” Gray said. “We’re the support staff to the support staff. We can’t provide all the answers, but we can limit the number of question marks.”

Those questions are answered with a variety of high-tech devices. Catapult GPS, which connects to an athlete’s upper back and tracks movement in practice and conditioning, is used by football and soccer. A heart rate monitoring system is particularly popular with the basketball and tennis teams. The volleyball team uses a jump assessment system. 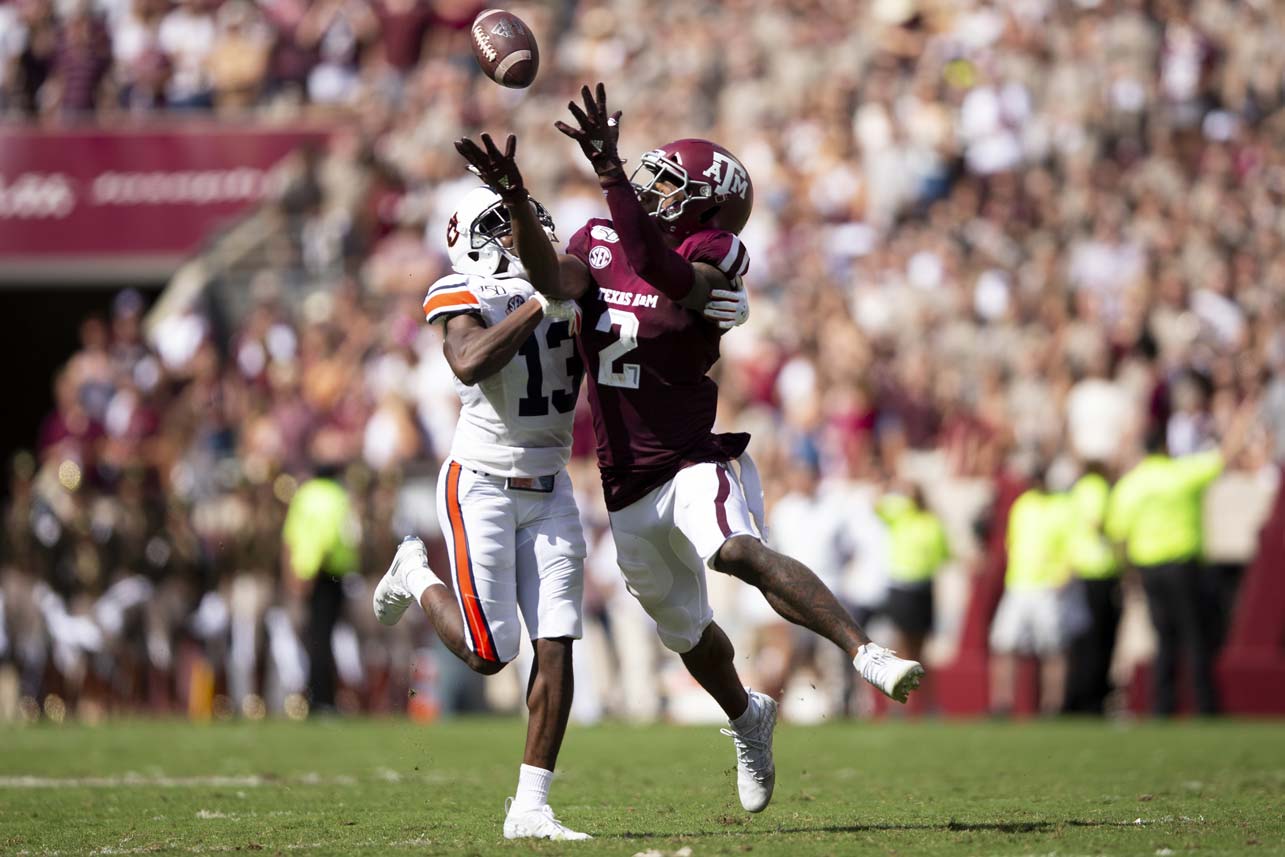 “They have a whole plan of different exercises you’ll do throughout the week. By the time practice comes around, you’ll feel better and you’ll be able to go for longer. That’s the goal. The season is hard. You don’t want any imbalances in your body.”

There are even devices to monitor sleeping patterns. As Deputy Athletics Director Justin Moore says, the best athlete is a well-rested athlete.

“Sleep is the most important thing for you to recover and be able to build,” Moore said. “For us, it’s our biggest challenge on college campuses in general. Our guys just don’t sleep. They’re up late. That’s the nature of college. The challenge for us is to educate them in a way that they understand and appreciate how important it is because there is nothing more important than sleep.”

Gray, who works primarily with Olympic sports, and Kratik Malhotra, who mainly works with football, interpret the data compiled from those devices and pass the information along to coaches and trainers. 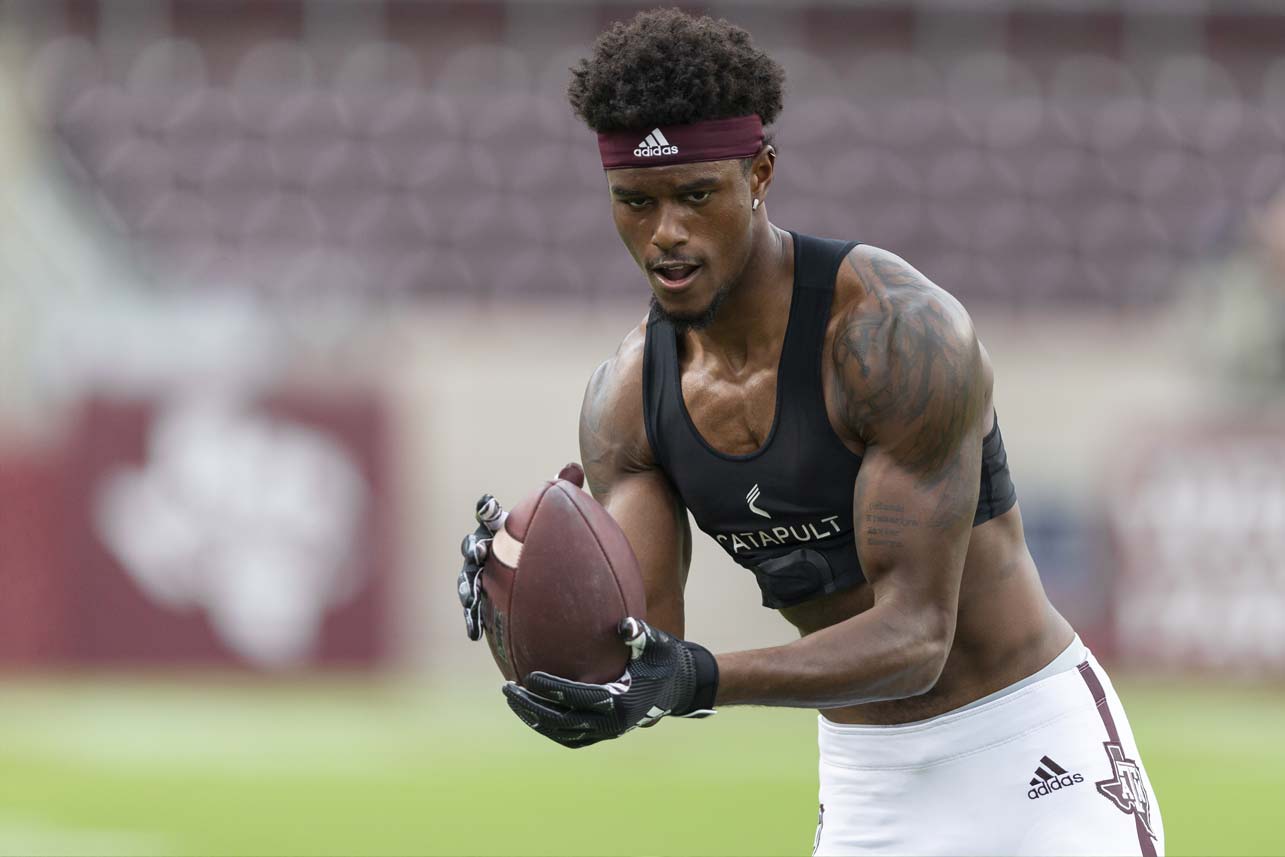 “Coaches get to this level by being good at what they do,” Gray said. “They manage the physical side of it really well already. It’s those times where a coach may think, ‘I’m not sure if an athlete is loafing or is he fatigued?’ Most of the time the coaches know those answers, but there are times when maybe they’re not sure. That’s when we can come into play.

“It could be this person is not performing and I’m not sure why. This person is doing great. I feel like they’re doing the same thing. Why is this person doing things great and this one is not? That’s when we can help.”

“You can actually see the numbers, so you can make adjustments to work on guys,” he said. “If they can get to a top speed can they keep it longer? Some guys, once they get there, they can keep it, but don’t get there as quickly.”

A few years ago, sports science analysis showed that All-American Christian Kirk, well known for his work ethic, had taken about 2,000 more strides in practice than other receivers by midweek. Therefore, he was rested more later in the week so his legs would be fresh on gameday.

Ausbon recalled the data revealed he was putting more strain on his right leg than his left leg during practice. Consequently, his weight-room plan was altered for more work on his left leg.

“They have a whole plan of different exercises you’ll do throughout the week,” Ausbon said. “By the time practice comes around, you’ll feel better and you’ll be able to go for longer. That’s the goal. The season is hard. You don’t want any imbalances in your body.”

Ausbon was once skeptical about the impact of sports science. Yet, he’s been convinced of its value since Fisher’s arrival.

“This is our culture,” Ausbon said. “This is part of what we do.”