Taylor, a past chair of the Board of Trustees, was recently named the recipient of the Outstanding 12th Man Award, an honor given by the 12th Man Foundation to individuals who exemplify an exceptional level of service to Texas A&M.

After graduating from A&M with a degree in Finance in 1969, Taylor went on to receive his JD degree from the University of Houston propelling him to a long and successful career as a board-certified trial attorney. Throughout his distinguished legal career, Taylor has always given back by volunteering his leadership and talents to A&M.

A loyal donor and Champions Council member with his wife, Pat, Taylor has actively served on the 12th Man Foundation’s legal committee since 2005, going beyond the call of service as a trusted confidant of the organization.

“Every time the 12th Man Foundation has needed counsel on a legal matter or just in general, Scott has been there and continues to be there,” Dabney said. 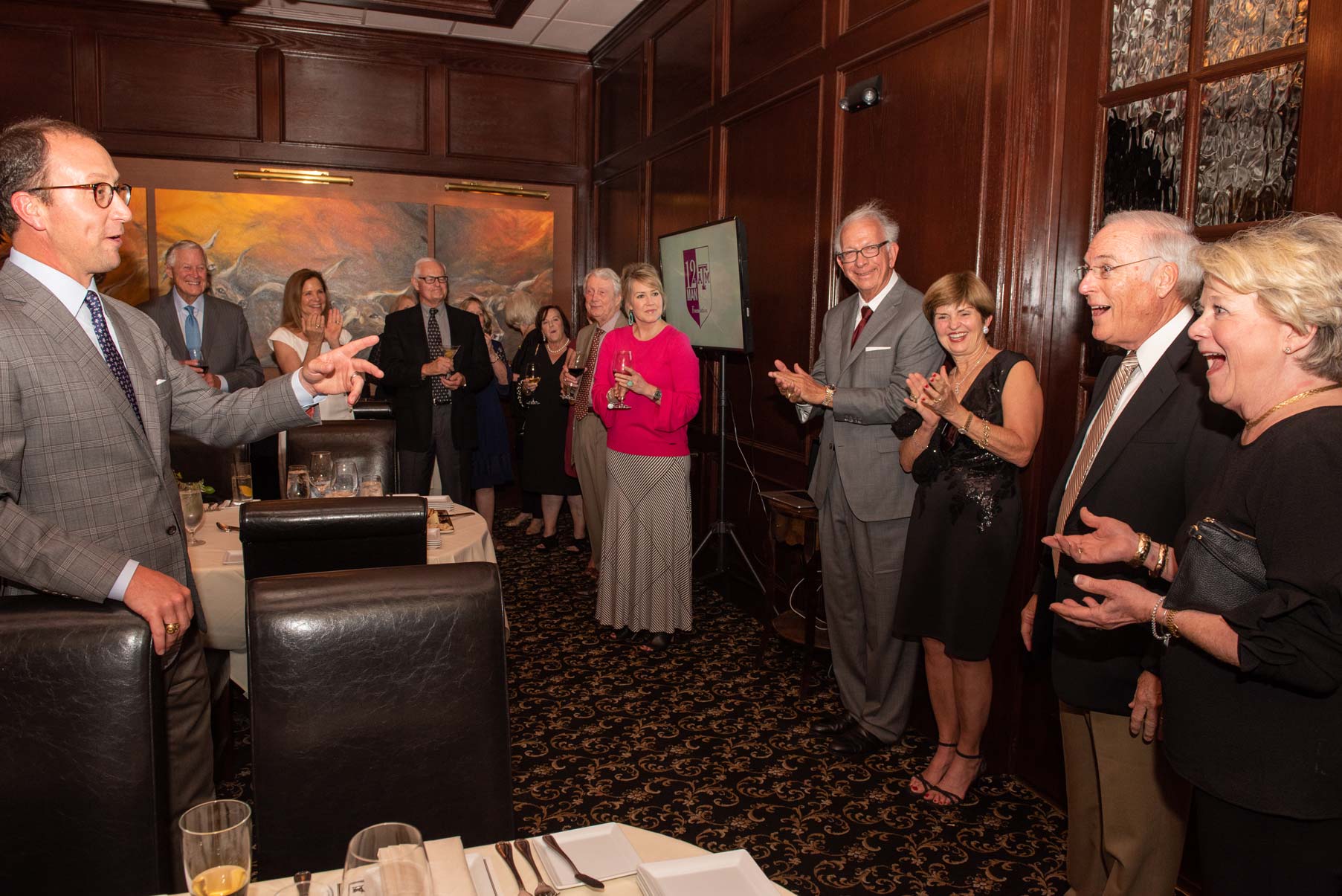 Taylor was selected to the 12th Man Foundation Board of Trustees in 2007 and served for seven years, acting as board chair in 2012 –a pivotal time in history for the organization and A&M Athletics.

“I think Scott is as good as a chair of our board that we have ever had,” said Sam Torn, who served on the board with Taylor and was chair in 2014. “He had some significant challenges in his tenure and handled each one with class, dignity, fairness and professionalism.”

When enlisted to serve during one of A&M’s most momentous undertakings, Taylor again stepped forward as a part of the Kyle Field Redevelopment Committee, which stewarded a shared vision of college football’s finest facility.

“Not only does he serve, but his service is top notch,” Torn added. “This award is well deserved.”

Throughout it all, it has been dedicated service to his beloved university and Aggie Athletics that has set Taylor apart. Friends and family helped the 12th Man Foundation present the award to Taylor during a surprise dinner in September.

“I’m extremely appreciative of receiving the Outstanding 12th Man Award,” Taylor said. “I’m deeply honored and humbled by the fact that the 12th Man Foundation even considered me for the award. It’s a pretty special honor and one of the better things that’s ever happened to me.”

“I’m extremely appreciative of receiving the Outstanding 12th Man Award. I’m deeply honored and humbled by the fact that the 12th Man Foundation even considered me for the award. It’s a pretty special honor and one of the better things that’s ever happened to me.”

After retiring in 2008, Taylor found his passion in volunteering his time and talents in support of the 12th Man Foundation and feels fortunate to have played a role in helping the organization evolve.

“Like any other volunteer position, you can do as much or as little as you want, but it has always been very important to me to do as much as I can,” he said. “I’m not a fundraiser or marketer, but I do have legal experience and skills that I have been able to give back. And I think it’s important to keep giving back. It makes me feel good to contribute and hopefully I can continue to do it for quite some time.”