The Impact of the SEC on TV

As the media landscape evolves, every Aggie sport continues to reap the benefits from A&M’s move to the SEC

Fans of college sports often debate which conference is the best. In most cases the answer comes back in the form of three letters – S, E and C.

Texas A&M’s 100-year decision enhanced the league’s reputation, but the Southeastern Conference’s winning tradition was only one reason to join. In fact, the school’s decision to move on from the Big 12 Conference had every bit as much to do with the SEC’s visibility.

So, while the best conference debate rages on, television ratings and attendance are proof that when it comes to gauging the audience, none compare to the SEC.

Since taking the field in 2012, A&M has played in five regular-season conference football games that were each viewed by more than 7 million fans. In those same eight seasons, the entire Big 12 has seen only one such game reach over 7 million viewers.

During the 2019 college football season, six of the 10 highest-rated regular-season games on television involved the SEC. No other conference could boast participating in more than two.

Half of the top 10 were a part of the “SEC on CBS” package, which has led the ratings among all networks for 11 consecutive seasons. The network has been airing “The Best Game From The Best Conference” for unquestionably the best deal.

CBS has paid $55 million per year for ratings gold by televising the SEC’s top game each Saturday. Recent news suggests the contract may be heading elsewhere after the 2023 season for more than $300 million per year – a price much more on par with the actual worth of college football’s premier platform. This package alone was once paying each conference member around $4 million annually. In the near future, that payout could grow to more than $20 million.

“We have tremendous faith in Commissioner Greg Sankey to showcase the value of the SEC and put us in the best possible position as the media landscape evolves,” said Ross Bjork, A&M’s Director of Athletics.

The conference’s television package is largely the reason the SEC disburses revenues handsomely to its schools. And there seems to be an even greater boost on the horizon.

“We have tremendous faith in Commissioner Greg Sankey to showcase the value of the SEC and put us in the best possible position as the media landscape evolves. The conference’s television package is largely the reason the SEC disburses revenues handsomely to its schools. And there seems to be an even greater boost on the horizon. While the process is still unfolding, I’m super excited about what this will mean for Texas A&M and the ability to provide more resources for our programs and student-athletes.” 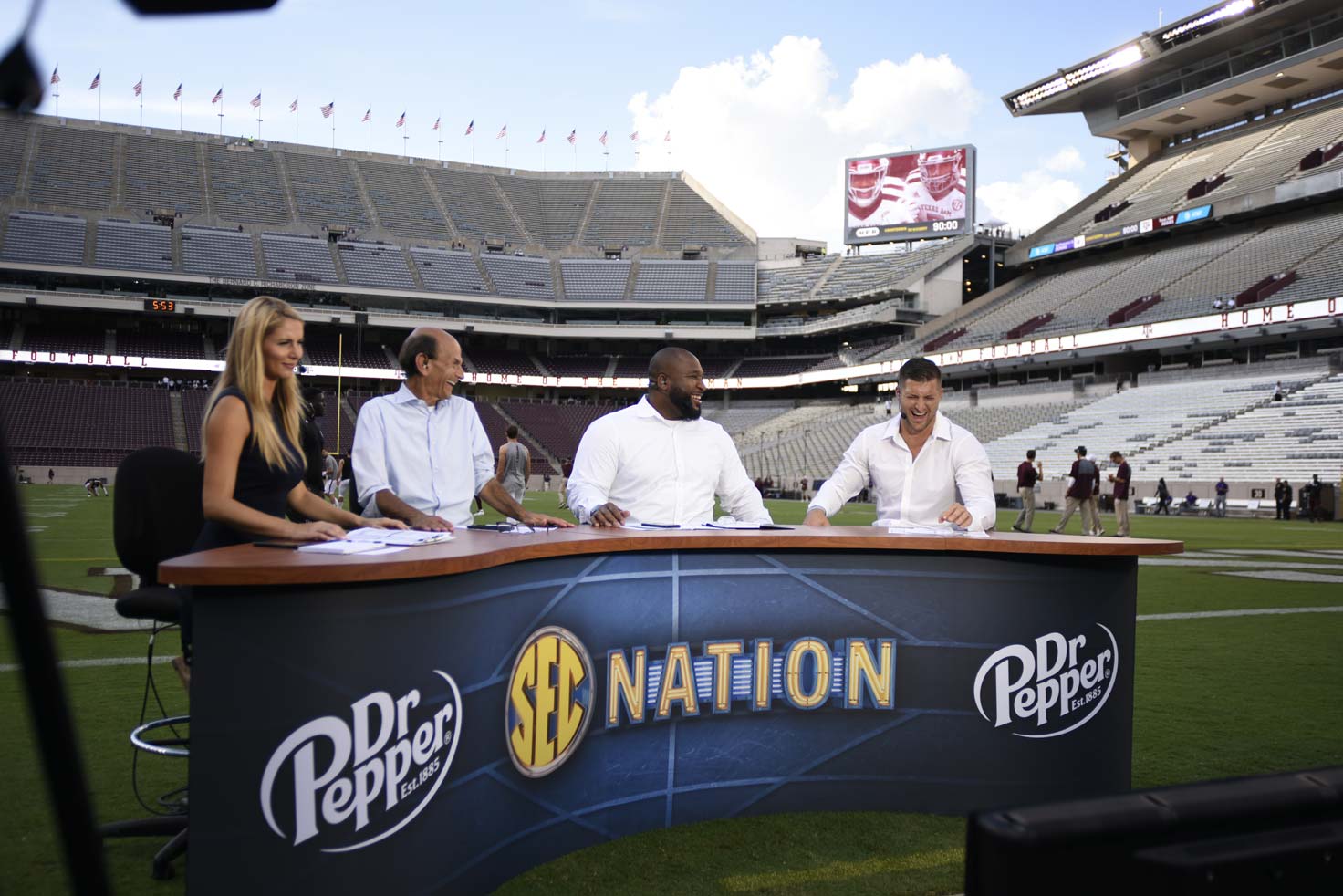 “While the process is still unfolding,” added Bjork, “I’m super excited about what this will mean for Texas A&M and the ability to provide more resources for our programs and student-athletes.”

Aggie football has become high profile, and in time for the 2019 season, the program’s Emmy-winning television series, “The Pulse,” was picked up nationally, airing weekly during the season on ESPNU. Only two college football programs have the distinction of bringing their own TV show to the nation through a linear platform – A&M and Ole Miss.

The impact goes far beyond football.

Every sport stood to benefit in 2014 when the SEC ventured with ESPN to bring America its elite athletes and competitions around the clock.

“The SEC Network was the most successful launch of a sports channel in the history of cable television,” Bjork said.

For the league, yes, and also for the Aggies. On August 28, 2014, in the first-ever live football game broadcast on the channel, A&M shined bright in a 52-28 rout of South Carolina.

However, it’s the Olympic sports that have gained the most since the conference’s cameras started rolling. 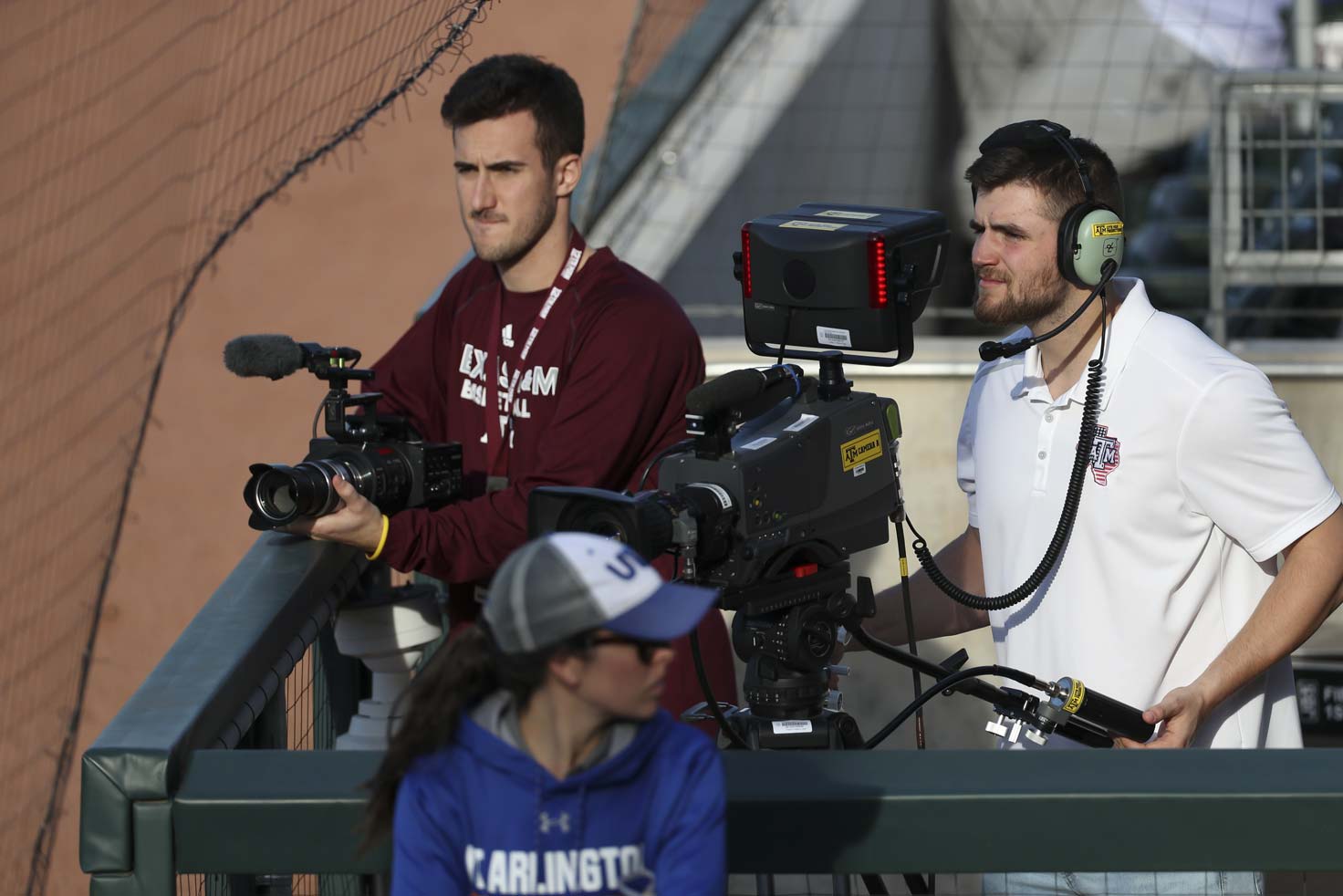 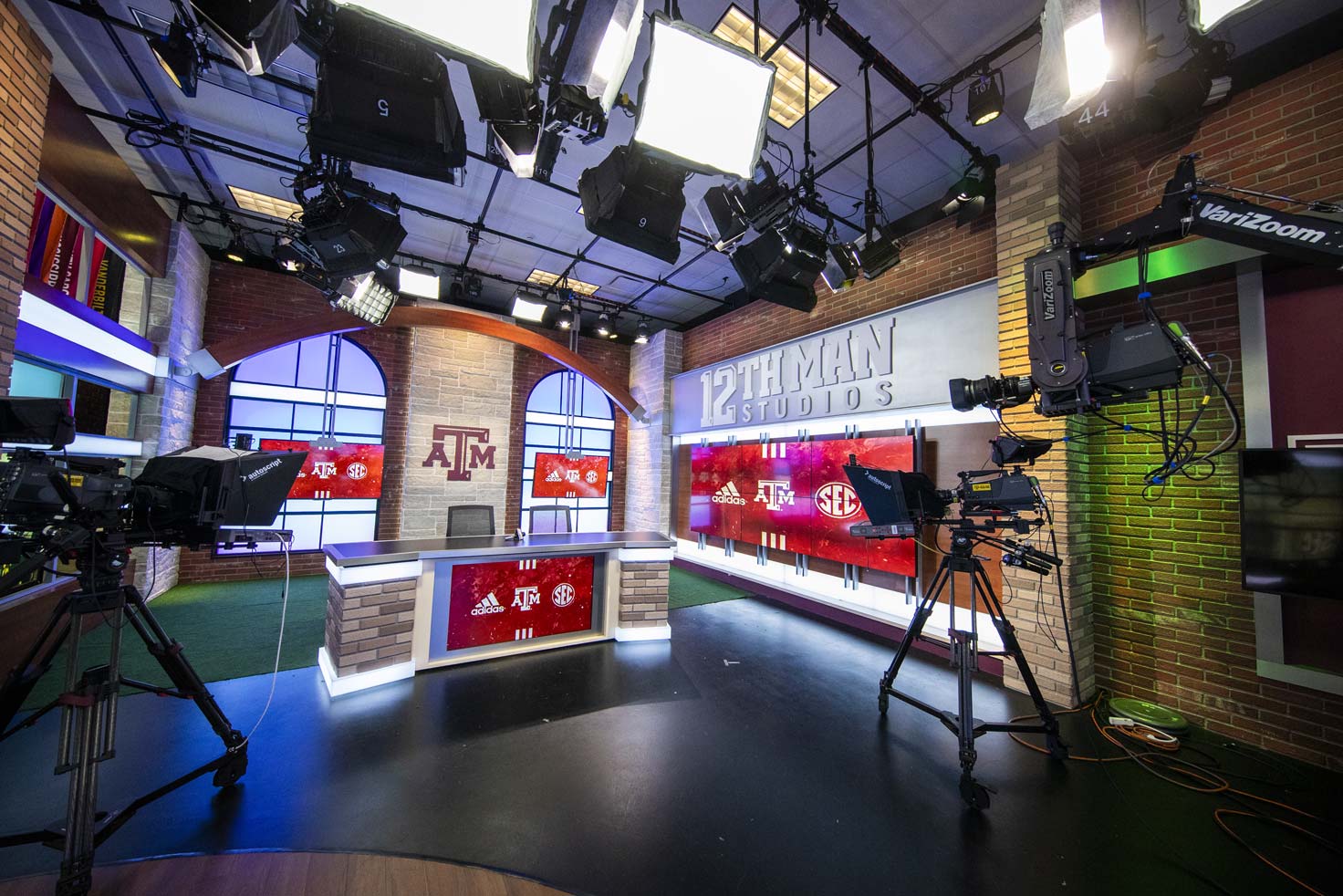 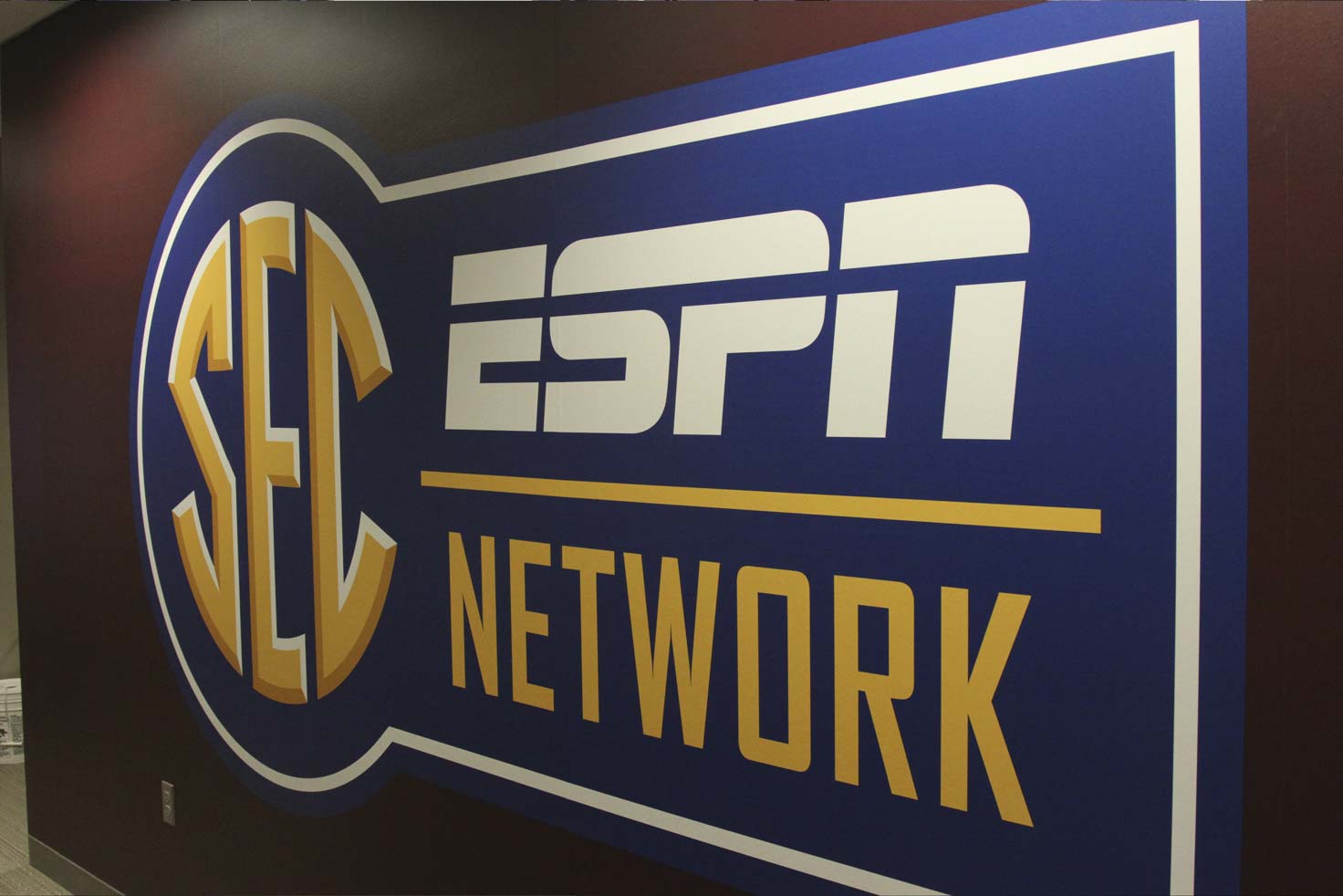 Prior to the network’s launch, it was rare to find college sports like soccer, volleyball, track and field, softball and baseball on TV. Now, with the SEC Network linear channel, and even the SEC Network Plus digital streaming package, those events are hard to miss.

“The SEC Network, and Plus digital broadcasts, have impacted us more than we could’ve imagined,” said Head Baseball Coach Rob Childress. “It’s given our program and sport exposure from coast to coast and helped us create a far-reaching brand.”

“It’s brought tremendous exposure,” A&M’s longtime head softball coach said. “Aggies all over the country are learning about our sport and falling in love with the game of softball.”

While affiliated with the Southwest Conference and Big 12, there were almost zero opportunities to watch the Aggies compete in sports outside of football and basketball unless you were in attendance. In the SEC, and with its network, almost every A&M game or event can be viewed by Aggies around the world.

All of the SEC Network Plus digital broadcasts, as well as several on national television, originate from the state-of-the-art 12th Man Productions facility in the south end of Kyle Field. The start of the network made the complex necessary, while the generosity of 12th Man Foundation donors made it possible.

Today, A&M is more “national” than it has ever been. When its sports are delivered across the country, the university as a whole is on display.

From coast to coast, and around the globe, there’s more eyes on Aggieland than ever before thanks to the SEC.