When Texas A&M announced it would join the Southeastern Conference in September 2011, there were skeptics - many from right inside the Lone Star State.

Perhaps envious of the Aggies' new destination, several within the state made “good luck being a doormat” type jabs toward Aggieland.

However, A&M has had a seat at the table from the beginning, and most within the Aggies' new league were aware of what they were getting upon the school's arrival in time for the fall of 2012.

“Having visited A&M numerous times during my career in athletics, I understood the size, scale, spirit, atmosphere, traditions and passion this school possessed as a university, athletics program and fan base,” said A&M Athletics Director Ross Bjork, who in 2012 served in the same role at Ole Miss. “My initial reaction was the Aggies were the right fit based on those factors. When you combine the spirit of Texas A&M and the history and passion within the SEC, it's a perfect match.”

Looking back 10 years later, it is safe to say the Aggies have competed quite well.

Many of the snide comments as A&M entered the league centered around football. However, it is the Aggies who have won more games on the gridiron than any other school in the state since 2012, doing so in the most rugged division of the toughest conference in the land. A&M football finished ranked in the Top 5 in 2012 and 2020, and with the highest rated recruiting class in history joining an already talent-rich roster on campus, the program is poised to compete for conference and national championships.

The visibility and exposure that comes with that success is incredible in the SEC. When the Aggies defeated No. 1 Alabama at Kyle Field in October 2021, over 8 million viewers on CBS saw the passion and energy of the 12th Man. It was the sixth time since joining the conference that an audience topping seven million watched an Aggie football game on television. 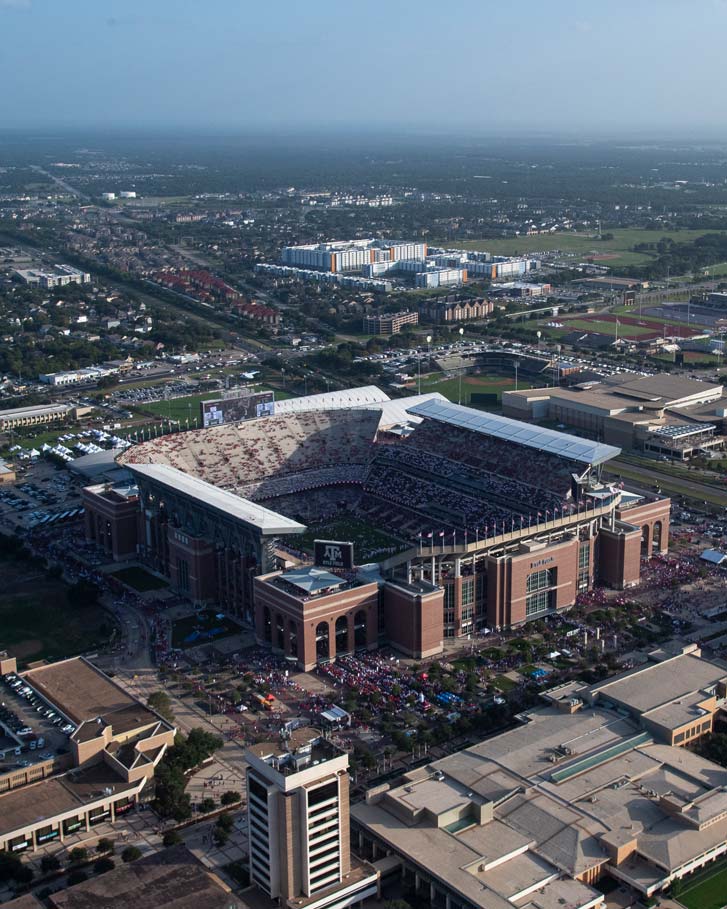 “Ten years goes by fast, and our program has evolved. We have the right ingredients in place for a program that is built to last, and to provide opportunities through championship athletics.” 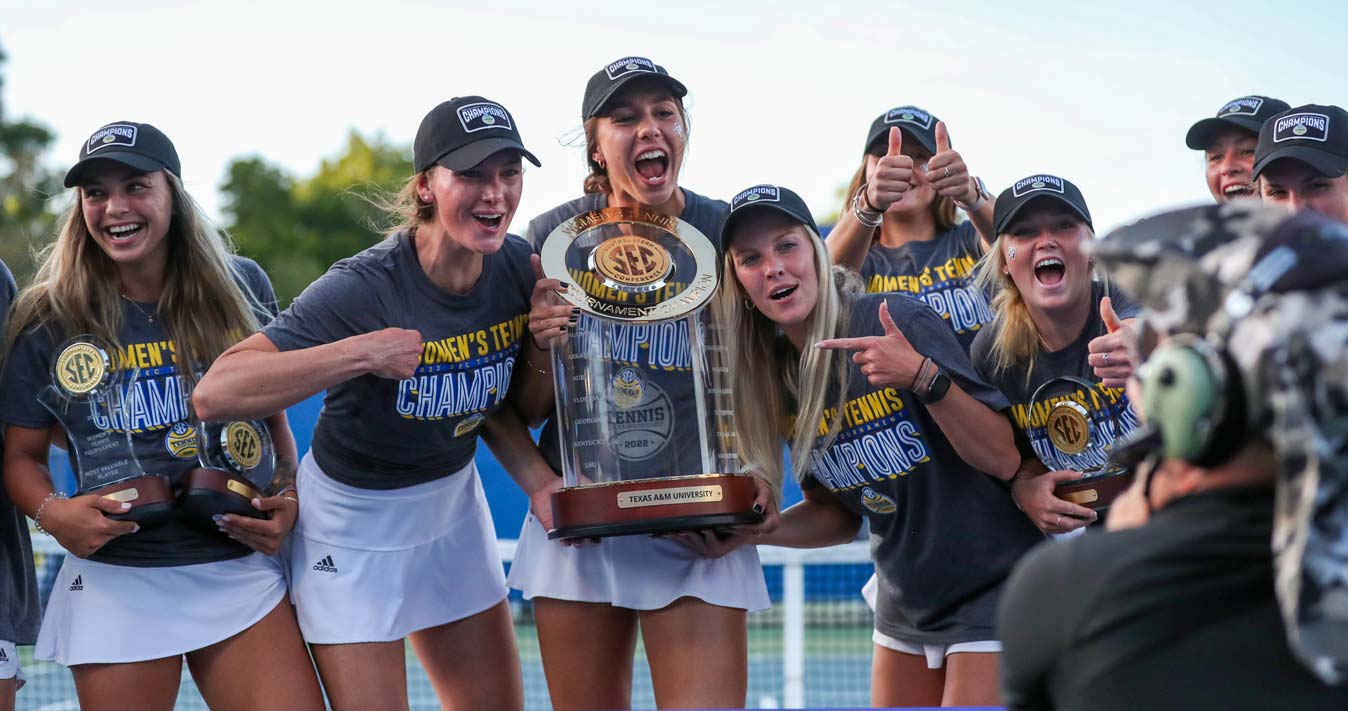 “The SEC has provided us with an amazing platform to showcase all the great things that happen in Aggieland,” Bjork said. “When you combine the timing of when A&M entered the SEC, the 2012 football season, Johnny Manziel's Heisman, Kyle Field's redevelopment, several SEC championships in numerous sports, the launch of the SEC Network and now all the momentum we have as a university and athletics program, these 10 years have been transformational for our entire university.”

The exposure is not just limited to Kyle Field and Aggie football. In A&M's previous conferences, the opportunity to watch other sports such as baseball, softball, soccer and women's basketball were scarce. Any matchup involving those programs being televised was a rarity.

With the SEC Network, Aggies across the world can watch the action on a variety of platforms. In men's basketball, for instance, all games are now available for viewing and every conference game is on national television.

Financially, the move to the SEC elevated A&M's athletics department into one of the nation's elites. The television contracts alone have significantly impacted A&M's overall budget, but it is the extraordinary commitment from 12th Man Foundation donors that has altered Aggie Athletics' trajectory starting with the historic redevelopment of Kyle Field and continuing with an investment in facilities that is unrivaled in college athletics.

That significant support combined with the increased visibility of the university as a member of the SEC has attracted elite student-athletes and coaches to Aggieland.

“Although I loved my time in the Big 12 at TCU, the great opportunity and challenge of competing in the SEC West was super attractive,” said A&M Head Baseball Coach Jim Schlossnagle. “It's the best division of the best conference.” 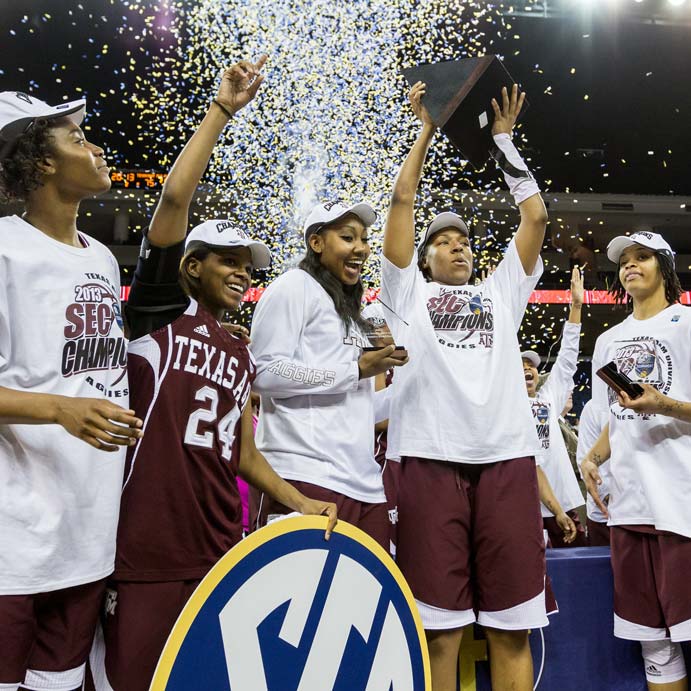 Schlossnagle knows that willingness to compete in the best league in the nation has to come with the right mindset.

“I believe that if you aren't living your life on the edge you're taking up too much room,” he said. “So, I was very interested in competing against some of the best coaches and players.”

As for those in-state skeptics who thought A&M might as well lock its trophy case for good? Well, the Aggies have done just fine filling it in an array of sports.

Leading the way, A&M's soccer and men's tennis programs have each claimed six SEC trophies since joining the league.

Baseball won the tournament championship in 2016 and finished on top of its division in 2022 before advancing to the College World Series semifinals.

The track and field programs have hoisted three national championship trophies under the SEC banner in addition to multiple outdoor conference titles for the women (2013) and men (2014, 17).

Many call the conference's swimming and diving championships a “mini-Olympics.” The Aggie women won “gold” among SEC competition for four straight years from 2016-19.

Women's tennis won a share of the conference title in 2013 and dominated the league in the spring of 2022. The Aggies swept through the conference's regular season and tournament bracket without losing a match.

Indeed, A&M does not feel like a newcomer to the SEC any longer, and it is well-positioned for success in the nation's best conference for decades more.

“Ten years goes by fast, and our program has evolved,” Bjork said. “We have the right ingredients in place for a program that is built to last, and to provide opportunities through championship athletics.”

Those jabs thrown out by naysayers when A&M entered the SEC a decade ago - they swung and missed with their predictions. The Aggies were right on target with the decision to join the conference. Now the program takes aim at the next 10 years and beyond.