When Terry Price signed a letter of intent to play football at Texas A&M in February of 1986, the Plano, Texas, native knew immediately what it meant.

“Anytime you get a scholarship coming out of high school you’re one in a million,” Price said. “There’s not a lot passed out each year.”

At the time he signed with A&M, the Aggies were coming off a 1985 Southwest Conference championship and a Cotton Bowl victory over Auburn. The vaunted Wrecking Crew defense was forming, and it was the perfect time to become an Aggie. But for Price, the opportunity to play football at A&M was only part of the reason he signed.

“At that time,” he says, “A&M was without a doubt – and even to this day – is the best university in the country.”

From 1986-89, Price helped A&M claim a couple more SWC titles and hoist two Cotton Bowl trophies. All the while, upholding that Wrecking Crew moniker and the defensive tradition that had been established within the program. But he’s well aware the scholarship afforded him more opportunities than just the ones on the football field.

“My scholarship meant everything to me,” Price said. “It changed my life. It gave me an opportunity to earn a great degree. That degree has helped me get jobs throughout my lifetime and supported me and my family.”

Those jobs have been in the game of football. He’s spent three decades coaching in the college game, the last ten years at his alma mater. That family includes two sons who are now Aggie students – Alex ’23 and Devin ’24.

Alex is a junior studying sport management. Devin is a sophomore university studies major and also a wide receiver for the A&M football program.

Growing up around Aggie football, Devin has seen his share of action at Kyle Field. He’s even checked out the tapes from his dad’s era.

“I definitely have watched,” said Devin of those late ’80s teams. “Physical, old school teams. We’re trying to bring that back today.”

The younger Price feels similar to his father about the opportunity to attend A&M on scholarship.

“It’s truly a blessing to receive a scholarship and play at this university, with this platform,” says Devin, “and make a name for yourself.”

Dad feels the same when it comes to making a name for oneself. Terry doesn’t like to talk too often about Devin. After all, he wants him to be Devin, not Terry’s son. The coach wants his son’s journey to be his own.

Devin will have no problem creating his path. All it takes is a quick conversation with him to see how articulate and bright he is. But with the Prices on the same team, Devin, in some ways will always hear it from Terry. It might be from a distance since Terry coaches defense and Devin plays offense, but the coach is known for being vocal with his position unit.

“You can definitely hear him from the other side of the field,” Devin said with a smile. “I don’t want to be a d-lineman.”

Devin, just like dad, came to A&M at the right time. Jimbo Fisher is building a championship program. The kind of program Terry helped build as a player in the mid- to late-1980s.

After playing, Terry’s coaching career has been almost entirely in the SEC. He enjoyed lengthy tenures at Ole Miss and Auburn, but he knows there’s nothing like Aggieland. When he was offered the opportunity to come home, he didn’t walk – he ran. 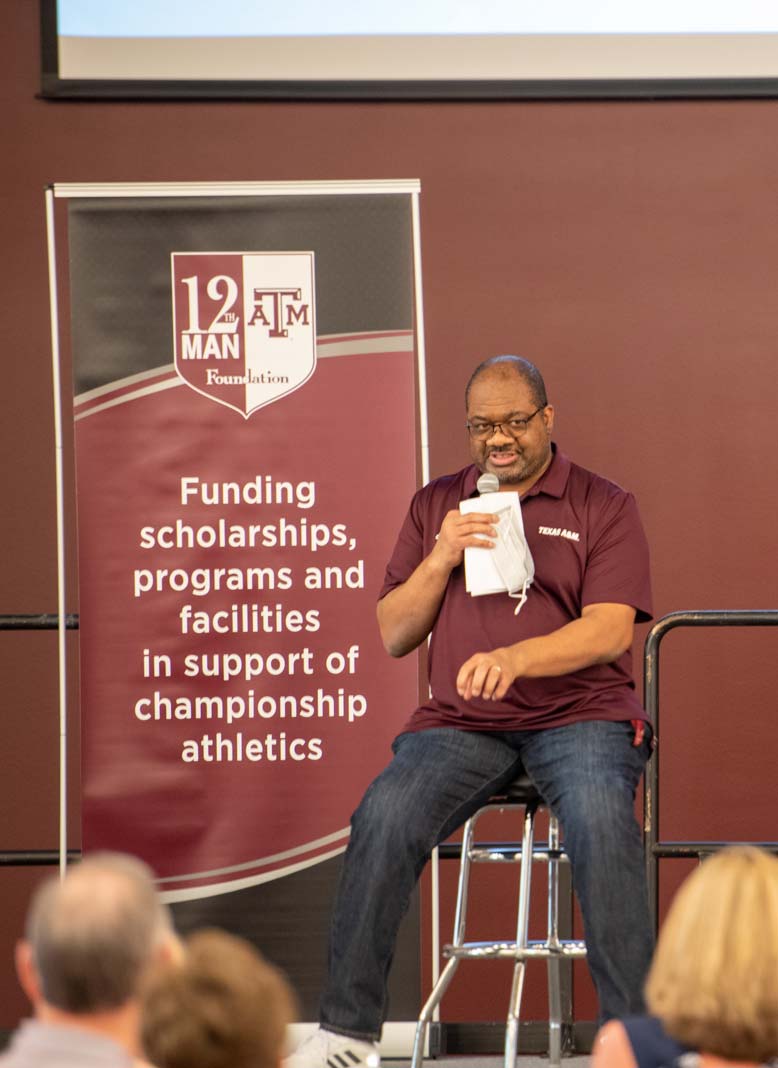 “My scholarship meant everything to me. It changed my life. It gave me an opportunity to earn a great degree. That degree has helped me get jobs throughout my lifetime and supported me and my family.” 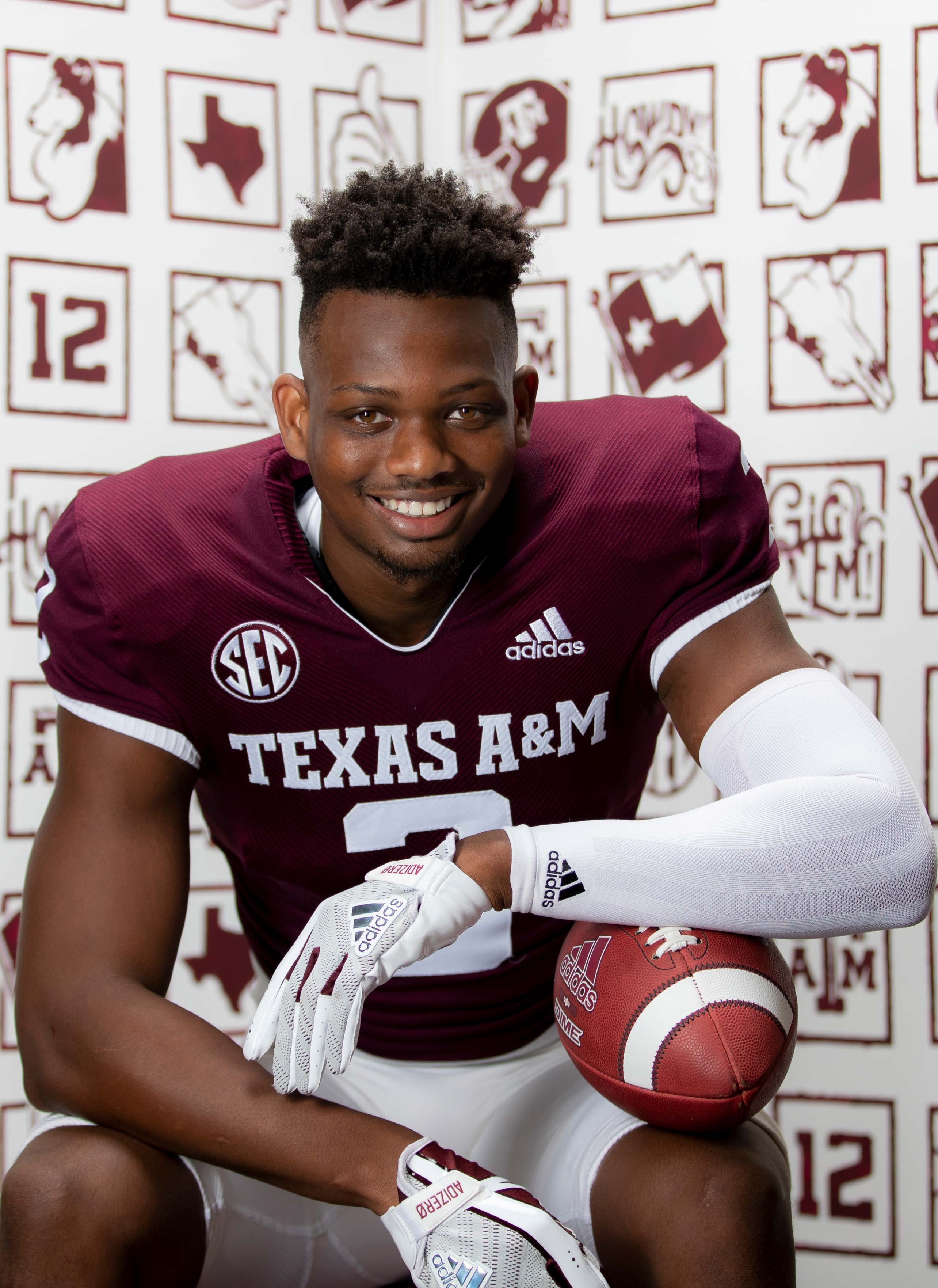 “It’s truly a blessing to receive a scholarship and play at this university, with this platform, and make a name for yourself.”

In December of 2011, Terry was hired to coach the defensive line at Texas Tech. He never made it to his first game with the Red Raiders. Why? Because soon after he arrived in Lubbock, Kevin Sumlin called him and offered the same position at A&M. Sumlin told Terry to think about it for a night, and call him the next day.

“I told my wife I’m going to go think about it,” Terry recalled from that night. “While I go think, you start packing.”

What was there to think about? He was going back to A&M. Terry Price was going home, and his family would now call Aggieland the same. Devin came to know the school and program his father loved and now they’re in it together. 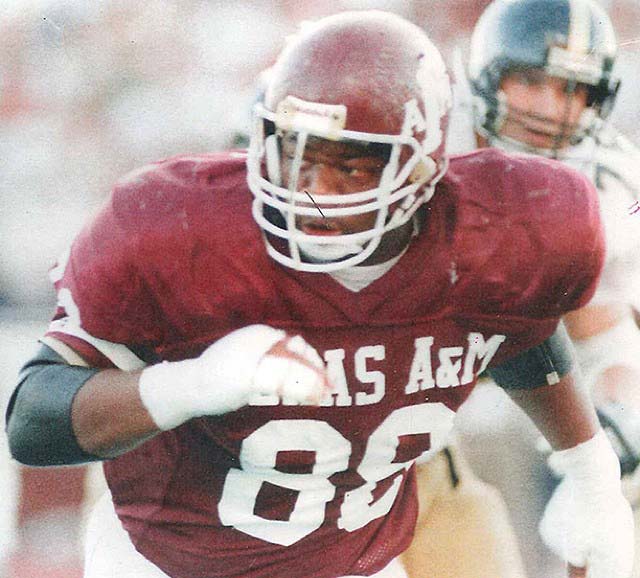 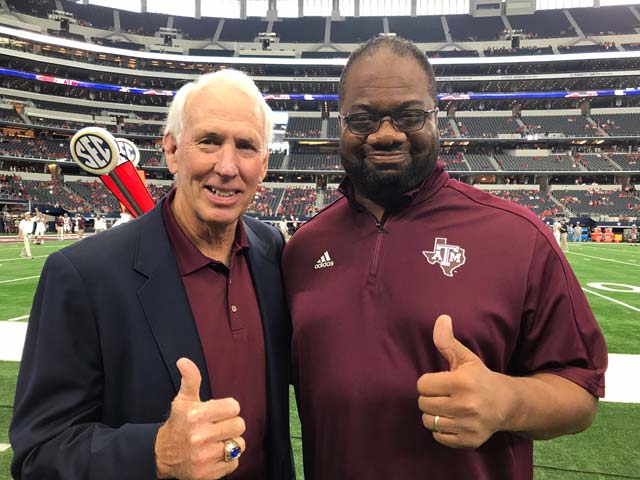 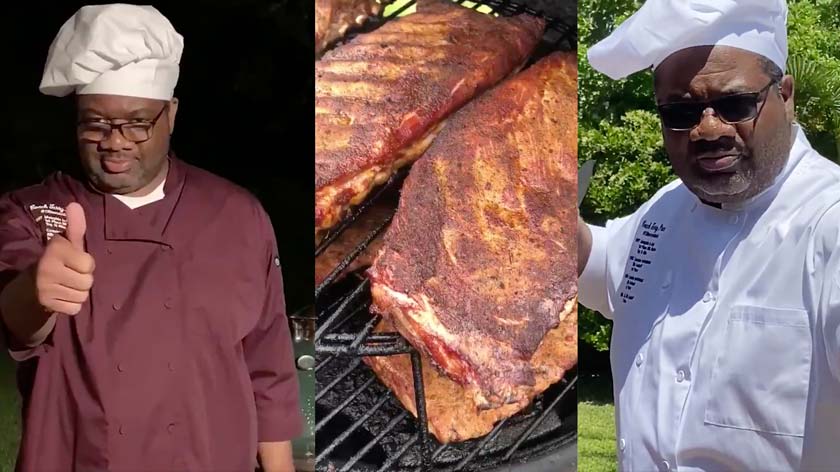 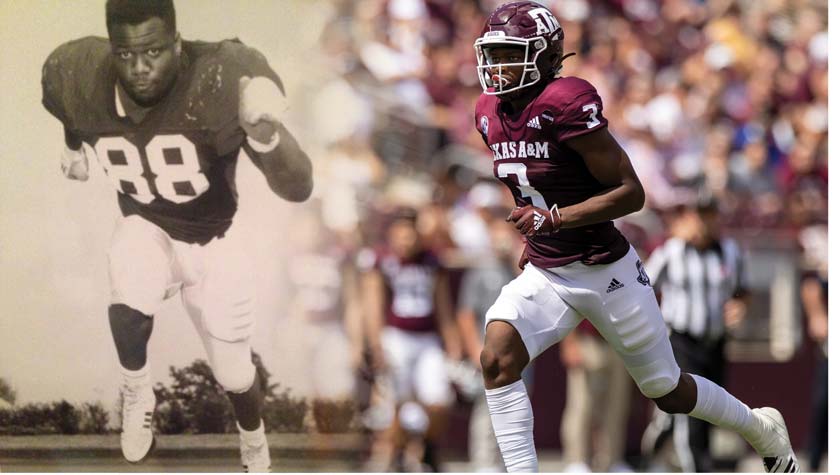 Devin is trying to help the Aggies take that final step. The one step that was just out of reach for his father and Terry’s late ’80s teammates.

It’s easy to see that Terry would love to get this team to the sport’s pinnacle. Not just for himself or his son, but for the 12th Man. The coach is not shy about his love for the Aggies and what his school and program has done for him.

“I owe everything to the degree I received from Texas A&M.”