The story of Ellen and Evelyn Smith begins with a fish tale. It was fishing, of all things, that made the identical twins start running, and in turn led them to Aggieland as the first Black women signed by Texas A&M’s track and field program.

Almost 40 years after their graduations from A&M, the sport keeps Ellen and Evelyn returning to College Station regularly to serve as track and field officials.

Ellen and Evelyn, the youngest of 10 children, grew up in Fort Worth. They spent every holiday and almost every weekend on the creek fishing with their parents and siblings.

“My dad drove a ’63 two-door Chevrolet Impala,” Evelyn Smith Golden ’82 said. “He loved driving it and always insisted we all ride together (regardless to who was going). The fishing poles would be sticking backwards out the windows on both sides, the tackle boxes and bait were in the trunk and everybody was piled inside the car.

“After fishing for hours, when it was time for us to leave, Ellen and I would say, ‘Daddy, I bet we can beat you to the main gate.’ He’d say, ‘OK, let’s see how fast y’all are today.’ So, daddy would get in the car, Ellen would stand on one side, and I’d stand on the other side. He’d put it in neutral and gun the engine. Vroom! Vroom! Ellen and I would look at each other, and we’d just take off running as if it was a dog after us.”

The twins burst into laughter thinking back to those moments.

Ellen and Evelyn then began a daily ritual of waiting for their father to arrive from work, so they could race him home.

“When we saw him coming off that hill, we’d take off running and try to beat him to the house because we lived in the middle of the block,” Ellen Smith Robinson ’83 said. “That was considered having fun in our day.”

“After beating all the kids in races in middle school, we got to high school and realized there wasn’t a track team for girls,” Ellen said, “so we asked the principal if we could have a track program. He said, ‘Well, there’s not a coach.’ We said, ‘If we find one, can we run?’ He gave us approval, so we talked to the homemaking teacher. We told Mrs. Vanette Medlen, ‘We just need you to come out. Please. Just be there. Just a body. We just want to run.’ 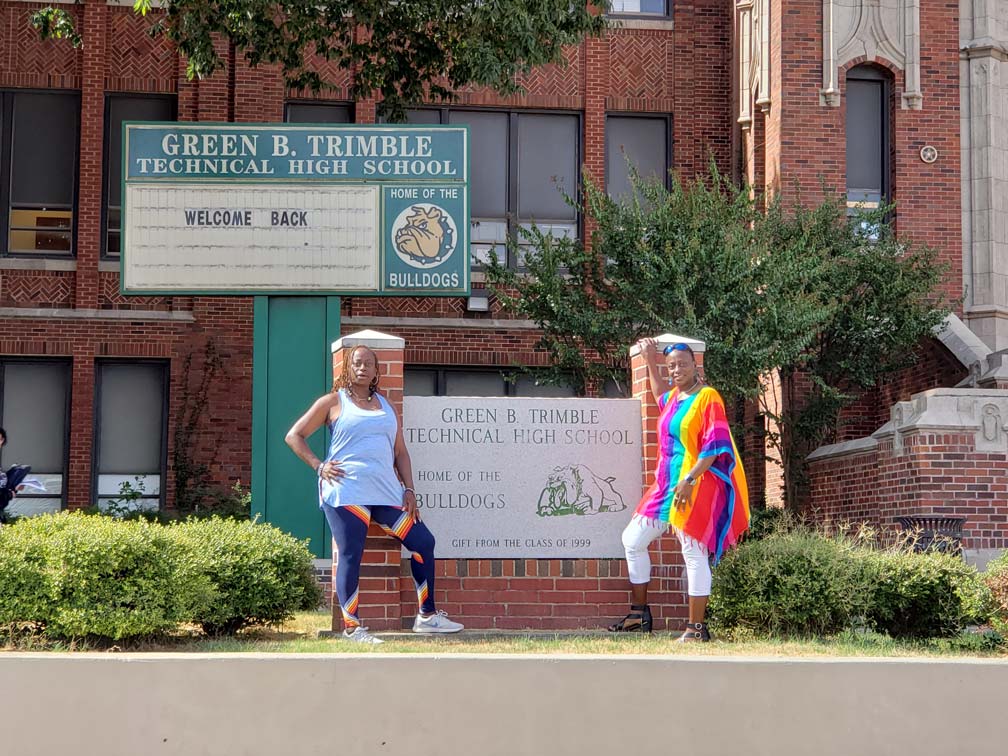 “Ellen and I brought it from high school, and we just stepped it up several notches at A&M. People started recognizing, ‘Oh, A&M has a women’s track and field program now.’ I think we were the trailblazers for that. I really do.” 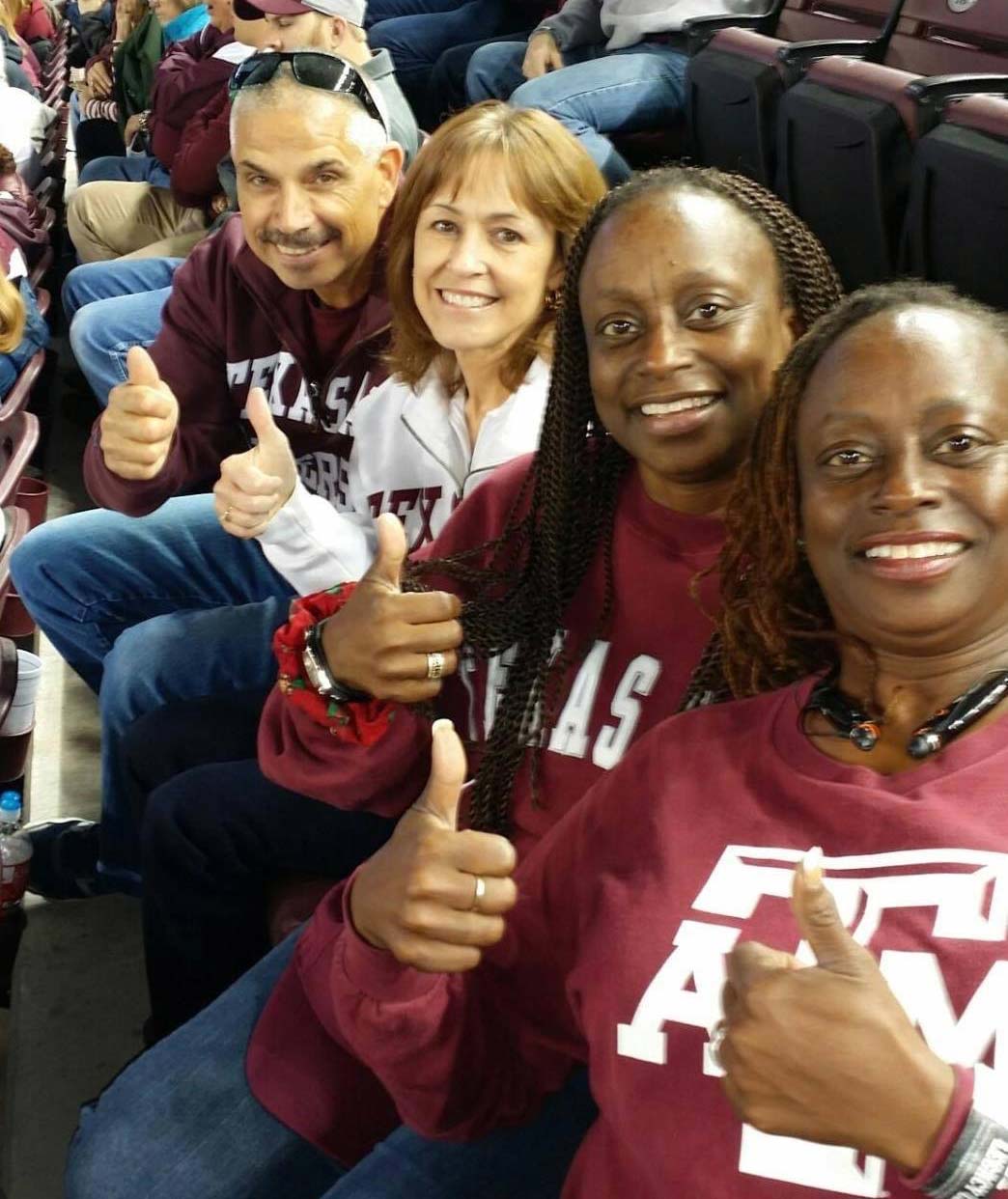 “My life after Texas A&M has given me the driving force from within to be successful at whatever challenges I face. What an honor and privilege it is to say, know and graduate from such an amazing university.”

Ellen and Evelyn were recruited by several college programs. Their first choice was the University of Nevada, Las Vegas, but their parents vetoed that because of the distance from Fort Worth. Their second choice was Prairie View A&M, but there was only one scholarship available that the twins would have to split.

“That meant our parents would have to pay all remaining costs,” Evelyn said. “Unfortunately, being the youngest of 10 kids, this was not a possibility.”

“It was a no-brainer,” Evelyn said. “We were four hours away from home, number one. Then, mom and dad didn’t have the funds, and A&M paid for everything from the moment we walked into the door until the day we left.”

In 1978, the twins, along with Early Douglas, from Mart, became the first Black freshmen ever on the A&M women’s track and field team. Their story doesn’t end there, though. The twins are recognized for lettering all four seasons and earning degrees. Ellen became a three-time All-American and Evelyn a two-time All-American.

“They were really good athletes,” Nelson said. “They were coachable, and they really wanted to be good. They take pride in being the first All-Americans in the women’s program. It means a lot to them.”

Ellen and Evelyn now live in Houston, a few miles from each other. Ellen, who graduated with a degree in health and physical education, retired in 2017 after 32 years coaching track and field and cross country at the high school level. Evelyn, who graduated with a degree in educational curriculum and instruction, continues to teach online courses to corporations and as an adjunct professor.

Evelyn recently was honored as a trailblazer by A&M and invited to speak at a Black History Month event. In 2019, the Texas A&M Track & Field Officials Association Board inducted her into its Hall of Fame. 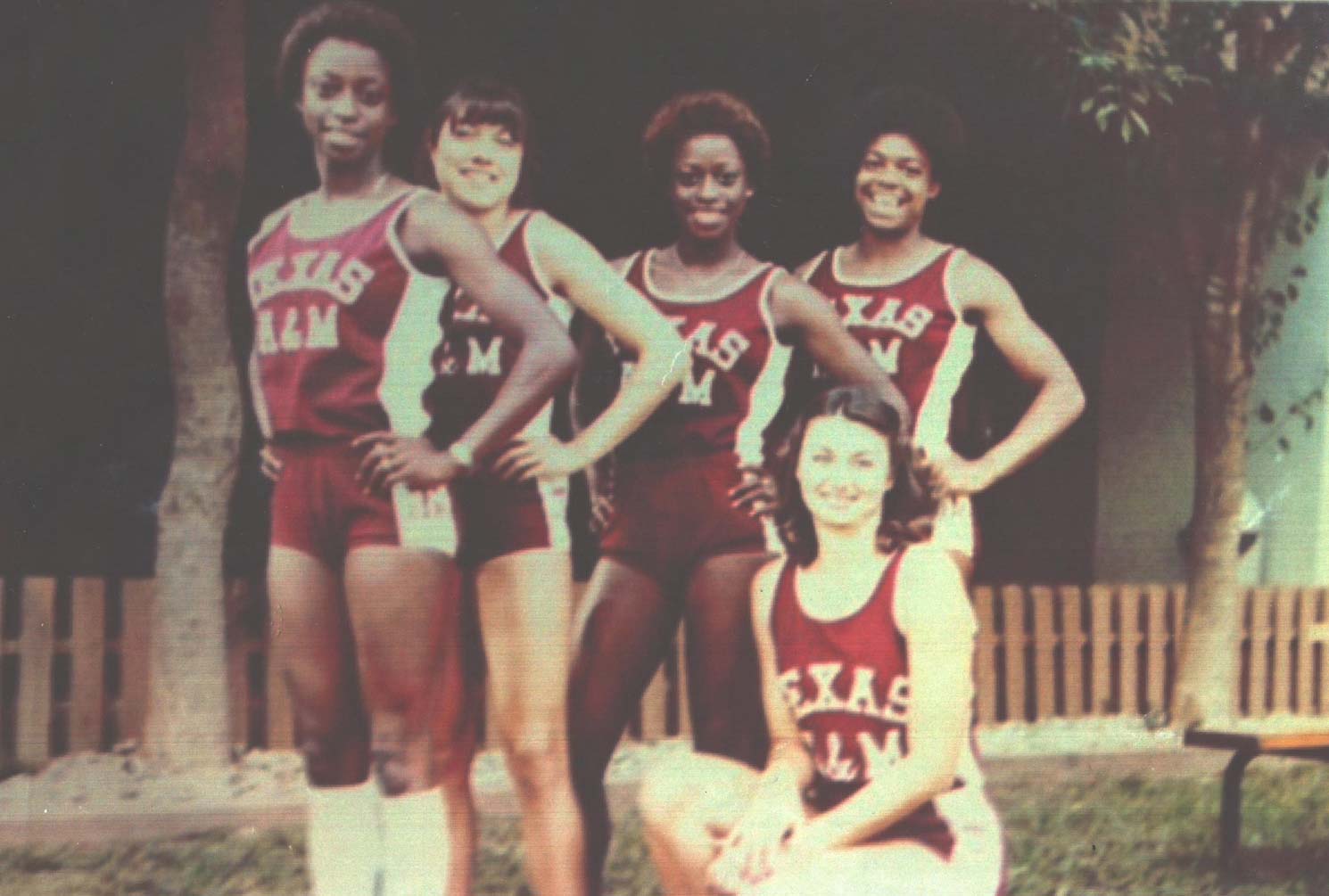 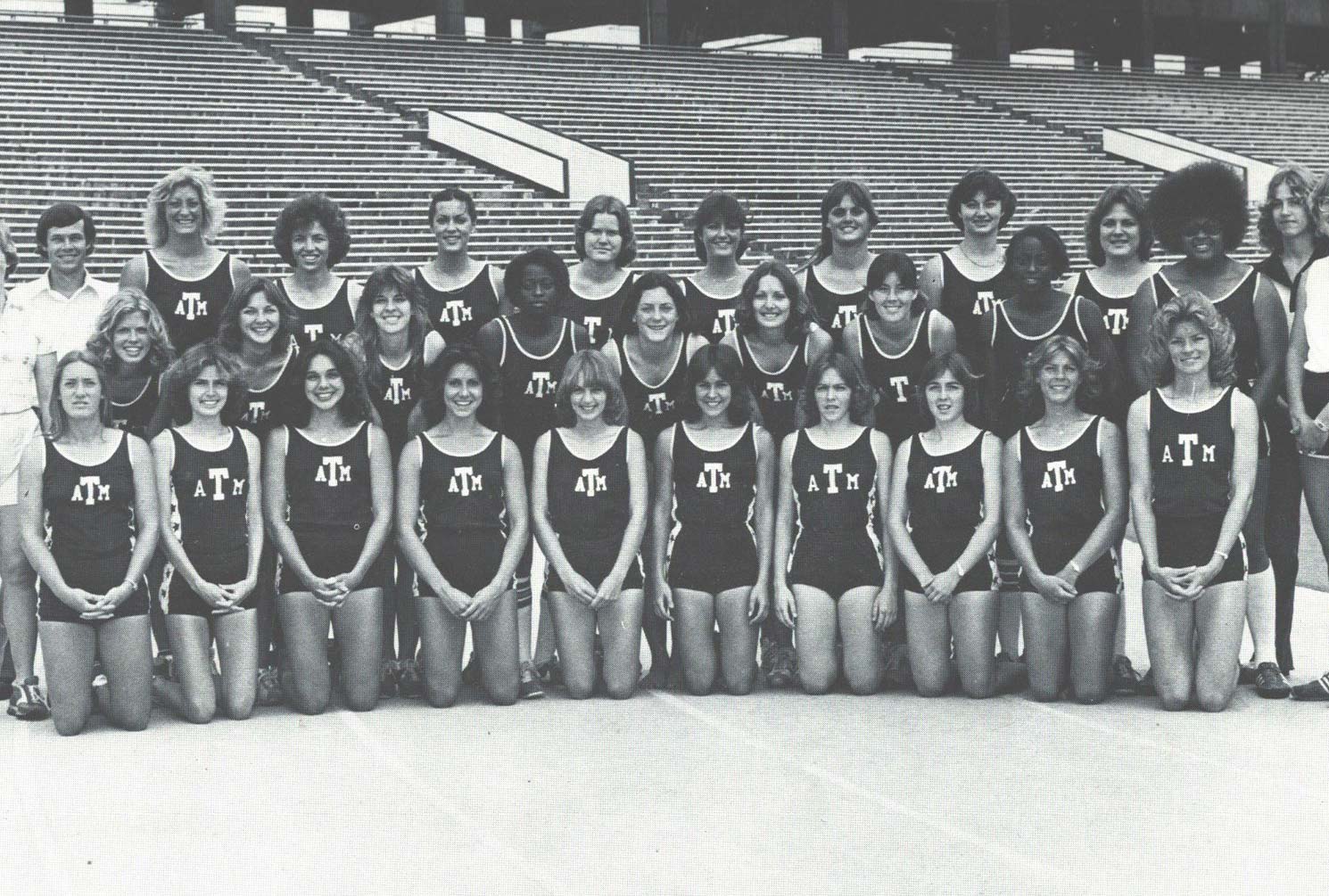 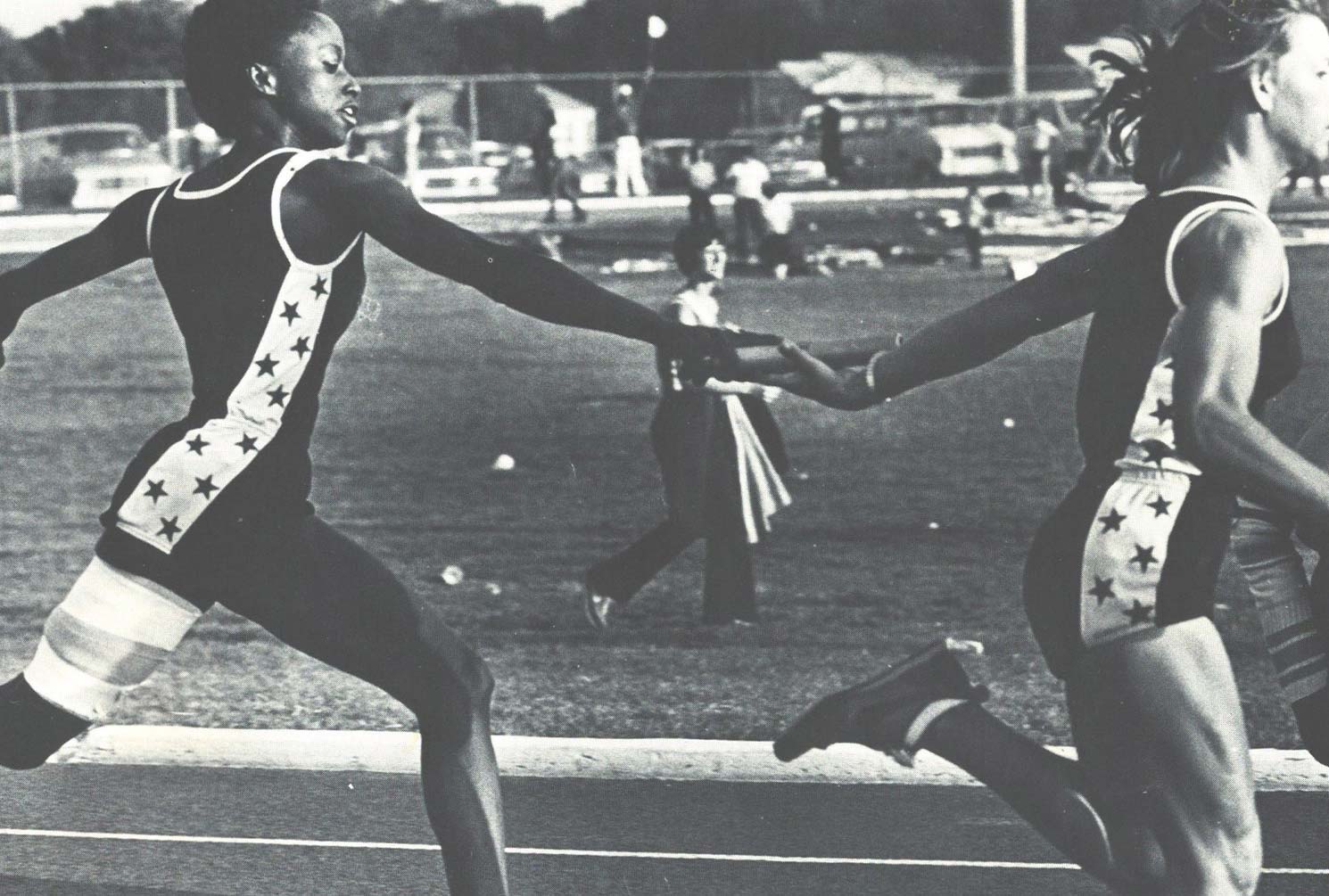 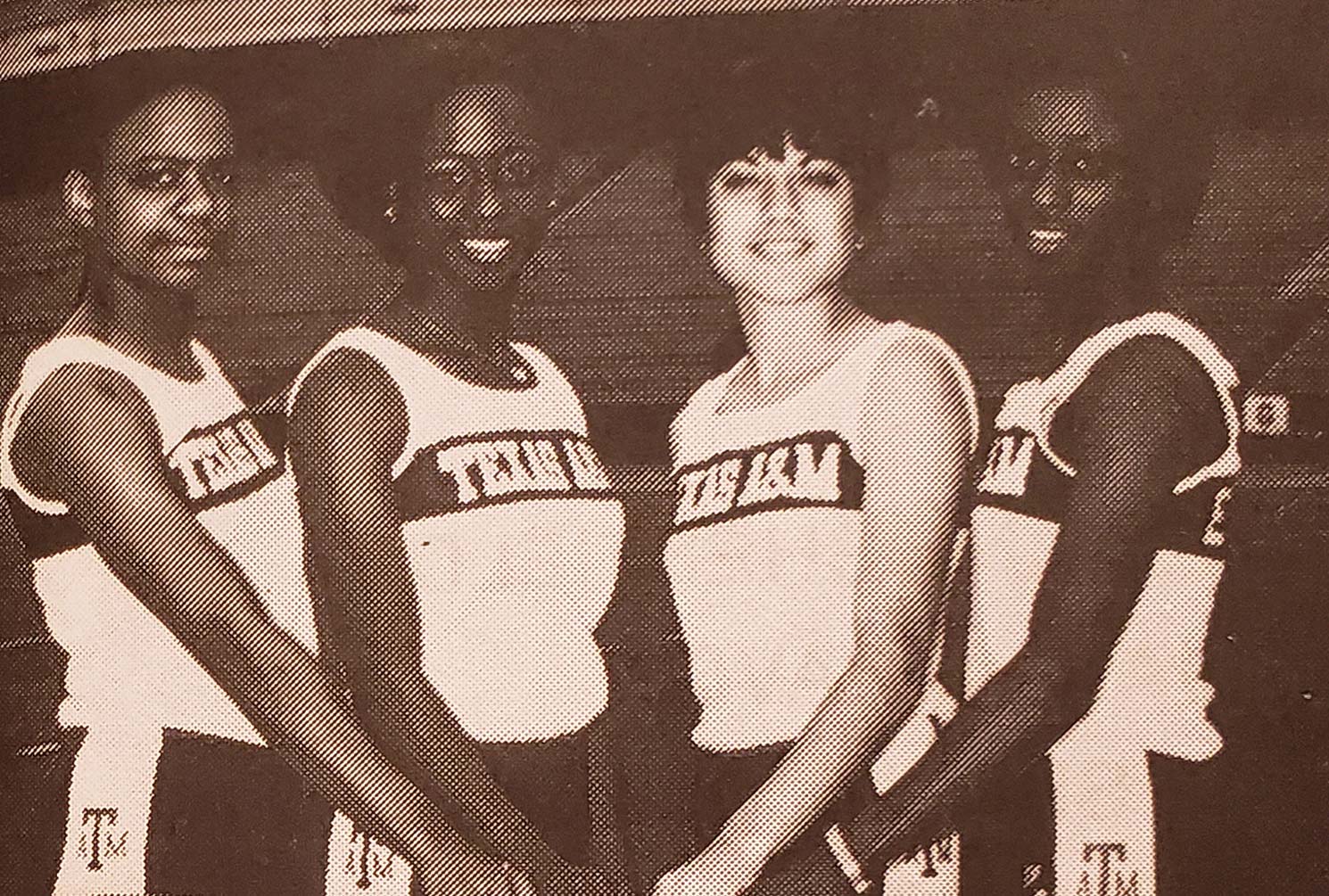 “It’s like it’s in our blood,” Evelyn said of track and field. “The hardest part of being an official is not being able to tell the Aggies, ‘Good job! That was good!’ We have to be neutral. We have to stay calm.”

The twins are Aggies through and through, and they are thankful for their opportunities and experiences at A&M and beyond.

“The 4-year scholarship to Texas A&M University meant an opportunity for me to be successful both academically and athletically,” Ellen said. “Our desire to run track was a family experience Evelyn and I shared with our parents. It allowed them to travel and see their daughters compete and run at various track meets. My life after Texas A&M has given me the driving force from within to be successful at whatever challenges I face. What an honor and privilege it is to say, know and graduate from such an amazing university.”

For Evelyn, the opportunity to attain a full college scholarship was “phenomenal.”

“I always knew I wanted to go to college, and the scholarship was the answer to my prayers,” she said. “The fact that by simply running I could receive an ‘all expenses paid’ education, it was my ticket! In turn, I knew it would be extremely advantageous not only to me, but also my parents and family.”