In the rapidly changing landscape that is collegiate athletics, the 2021-22 Annual Report will reflect the incredible loyalty that our donors have shown to the 12th Man Foundation's mission of funding scholarships, programs and facilities in support of championship athletics.

On April 25, 2022, Texas A&M Athletics and the 12th Man Foundation officially announced the $120 million Centennial Campaign that will transform the area south of Kyle Field into the Graham Athletic Complex and will fund the construction of the Adam C. Sinn '00 Academic and Wellness Center, Coolidge Football Indoor Performance Center and Indoor Track Stadium as well as the redevelopment of Bright-Slocum Center.

Texas A&M Athletics provided unforgettable moments for Aggie fans during the 2021-22 fiscal year. Under the new leadership of head coach Jim Schlossnagle, Aggie Baseball made school history as they advanced to the semifinal round at the College World Series. It is moments like this that are made possible by our extraordinary donors whose contributions give Texas A&M Athletics the unparalleled resources needed to attract premier student-athletes and coaches to Aggieland.

Despite the challenges during the past two years, the 12th Man Foundation did not cease to set ambitious goals. During the fiscal year, $91.3 million was transferred to Texas A&M Athletics which was essential to ensure that the department operates at the highest level. The 2021-22 Annual Report demonstrates the indelible impact that every dollar has on funding championship athletics.

The 12th Man Foundation staff will continue to strive for excellence in all our pursuits and sincerely appreciates the opportunity to serve our generous donors and season ticket holders.

Swipe through to see the past year at a glance

During the 2021-22 fiscal year, the 12th Man Foundation transferred $91.3 Million in essential funds to operate the athletics department at a championship level.

“We can't thank our donors and season ticket holders enough because they are the lifeblood of what we do every day.”

Scholarship costs increased more than 12 percent over the past year.

Aggie student-athletes continued to raise the bar in the classroom during the 2021-22 academic year, setting a school record 84 percent Graduation Success Rate in December.

“Our student-athletes balance demanding academic and athletic schedules as they strive for excellence in competition and in the classroom. We support the 1922 Fund because we want our student-athletes to continue to participate in the sports they love, while earning something they will value for a lifetime - an Aggie education.”

The 1922 Fund represents the 12th Man Foundation's desire to permanently endow scholarships for all Aggie student-athletes.

Donors have pledged more than $17 million in support of student-athlete scholarship endowments to the 1922 Fund since its inception in 2015.

Revenue and Other Support

Annual donations to the 12th Man Foundation include philanthropic gifts as well as contributions tied to season ticket purchases.

Annual Giving by the Numbers

Members with an Annual Philanthropic Contribution

Of the 7,579 members who went above and beyond in their support of Texas A&M Athletics by making an annual philanthropic gift in 2021, 81 percent were non-football season ticket holders.

On April 25, 2022, Texas A&M Athletics and the 12th Man Foundation officially announced the $120 million Centennial Campaign, a transformational initiative that will impact the academic and athletic development of all Aggie student-athletes.

Named in recognition of the 100-year anniversary of Texas A&M's iconic 12th Man tradition, the Centennial Campaign will transform the area south of Kyle Field into the Graham Athletic Complex and will fund the construction of the Adam C. Sinn '00 Academic and Wellness Center, Coolidge Football Indoor Performance Center and Indoor Track Stadium as well as the redevelopment of Bright-Slocum Center.

Ticket sales through the 12th Man Foundation are a vital part of Texas A&M Athletics' budget.

Aggie season ticket holders help make it possible for Kyle Field to feature the largest and best student section in all of college athletics. 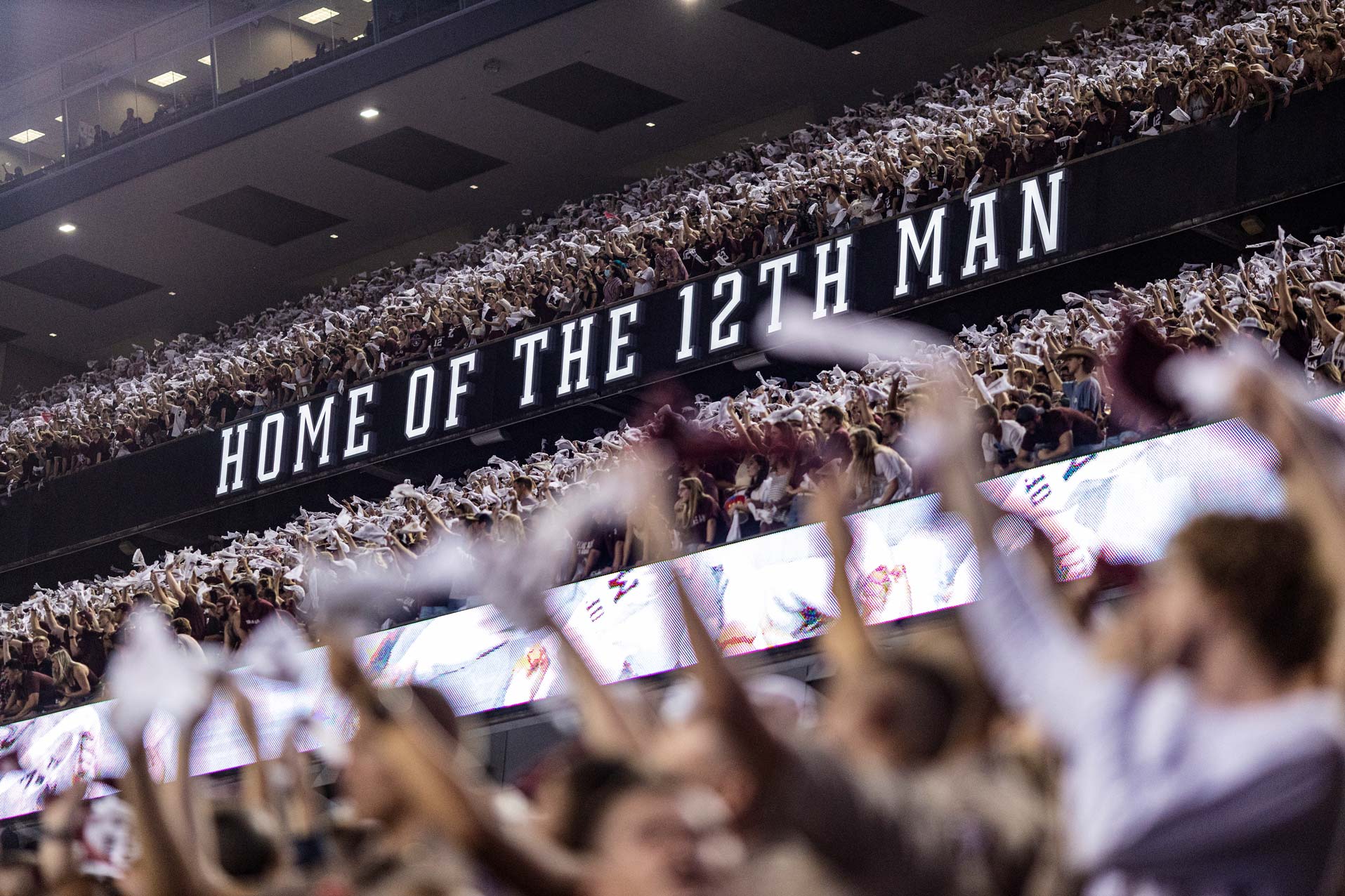 Months of planning, preparation and work lead to seven special Saturdays at Kyle Field each fall.

Read How Gameday Starts with a Ticket

In the 2021-22 fiscal year, the 12th Man Foundation transferred $46.7 million to Texas A&M for athletics annual support and bond payments as well as capital and endowed funds in support of championship athletics.

The Foundation was able to further its mission by performing ticket operations and donor programs at an operating cost of $4.8 million in direct support of Texas A&M Athletics.

Other foundation operating expenditures of $9.3 million consist of fundraising and general and administrative costs.

The 12th Man Foundation has more than $500 million in outstanding commitments to Texas A&M Athletics for facilities and ongoing program needs.

This includes more than $340 million due in undiscounted principal and interest for the historic redevelopment of Kyle Field.

Thank you to every 12th Man Foundation donor and season ticket holder for your support of Texas A&M Athletics!

Watch this message of appreciation from the 12th Man Foundation Collegiate Council.